MARGATE – Students at the Eugene A. Tighe Middle School and William H. Ross Elementary School showed their parents what they were up to during the school year. The schools held an Enrichment Fair Thursday, May 31 displaying student projects in halls and classrooms throughout the schools.

At the Tighe School, students milled about with their parents before the Margate Players 2 production of “Seussical Jr.” being held in the Dominic A. Potena Performing Arts Center. The musical, which includes performances by many talented students of the Margate schools, will be held 7 p.m. Friday, June 1 and 2 p.m. and 7 p.m. Saturday, June 2.

On display were intricate science, mathematics, English and art projects the students worked on during the school year.

Social studies teacher Kathy Styles-Landgraf directed parents to the library where they could view the American History Fair submissions, which included science fair-style presentations on historical subjects such as the mystery surrounding the assassination of President John F. Kennedy.

“It’s their culminating project for the school year,” Styles Landgraf said as she welcomed parents to the school.

Student Sydney Drexler, who visits her brother in Washington, D.C. often, researched three national monuments, and created her own model of a monument she designed to honor the students killed in school shootings.

Sixth grader Niko Dounoulis proudly showed “Fishing Findings,” a group project he worked on in mathematics class. The diorama showed fishes made of water bottles that had been painted a variety of colors and suspended in a “fish tank” manufactured from a box, blue paper and plastic wrap.

“We learned about volume and area and calculated how much oxygen would be needed to allow the fish to swim and live in the tank,” he said.

Kyler Rush, a fifth grader, made a model of his own home for math class.

“I modeled it after my own house, but I added a swimming pool in the back yard,” he said.

Isabella Casale and Olivia Stone worked on reports about constellations for science class.

“We had to do reports on the stars and then we had to paint the stars on a map of the constellations,” Isabella said.

The map, painted with flourescent paint on black paper, was hung from the ceiling in a darkened science lab.

Although he didn’t win an award at the school’s annual science fair this year, sixth grader Konstantinos Kounis’ science project, “Crystal Clear” went on to win an honorable mention at the annual Stockton University science fair, he said.

His family is very concerned about the water they drink, he said.

“So, I wanted to find out which water filter worked the best,” he said.

“PUR performed the best, but Brita was not far behind,” he said. 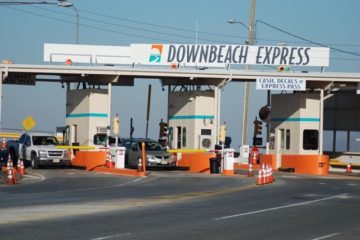 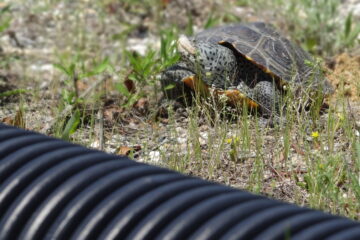 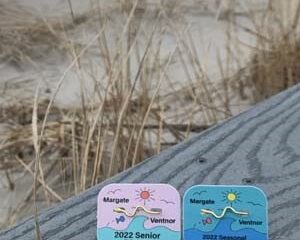