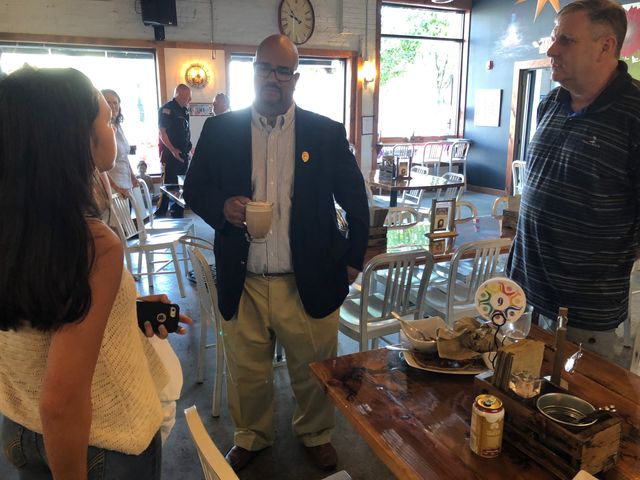 VENTNOR – Saturday mornings in Downbeach towns are great for having breakfast at a local restaurant. On June 9, those dining at Enlightened Café on Ventnor Avenue got a little conversation to go along with their meal.

Atlantic County Prosecutor Damon Tyner and Ventnor City Police Chief Doug Biagi spoke with residents about how to keep Ventnor safe during the prosecutor’s version of “Coffee with a Cop.”

“We’ve been doing this for awhile,” Tyner said. “We want to be accessible to residents to address what affects them. Each community has its own issues.”

Coffee with a Cop started in 2011 in Hawthorne, California as a way to break down barriers between police and citizens by providing a way to communicate in a casual atmosphere. The program has spread to all 50 states and internationally, giving law enforcement an opportunity to get feedback from the community over a cup of coffee. 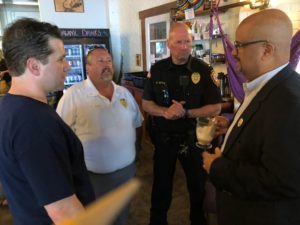 Biagi said law enforcement has changed the way it handles the opiate epidemic.

“We’re no longer just arresting people. We’re trying to get people to understand the epidemic and help get them into treatment,” Biagi said. “These types of events can get people involved and humanize the issue.”

Biagi said it’s often easier for people to complain about issues, especially on social media, but they rarely come up with solutions. Hosting such events gives citizens the opportunity to identify problems in their neighborhoods.

“Since #metoo, people have become emboldened to speak out about all kinds of issues,” he said.

Both law enforcement officials said speaking to residents in an informal atmosphere will help target each community’s individual needs.

“We’ve done Pizza with the Prosecutor in Pleasantville and we’re planning another event in Linwood,” Tyner said. 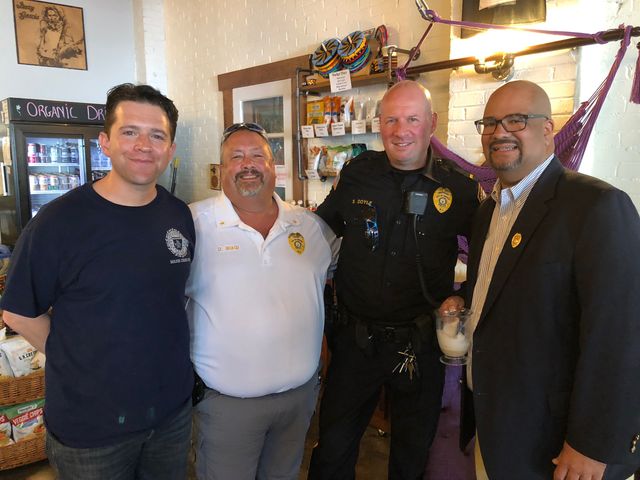 Resident Daniel E. Thoren, a retired educator who oversaw the criminal justice program at Atlantic Cape Community College, said he brought the idea of hosting informal gatherings with police to the chief.

“I’m happy they are doing it,” he said. “The more you do it, the better the participation from citizens. I commend the prosecutor for breaking the ice.”

Resident Carly Cakert said having the event at Enlightened Café was “special,” especially considering that the restaurant employs recovering addicts, giving them a second chance in life.

“It shines a light on the fact that this place is helping our community,” she said.

Her dining partner Salma Hussein who lives in Atlantic City said she would like something like Enlightened Café in her town.

“Atlantic City needs a positive place like this for people in recovery,” she said.