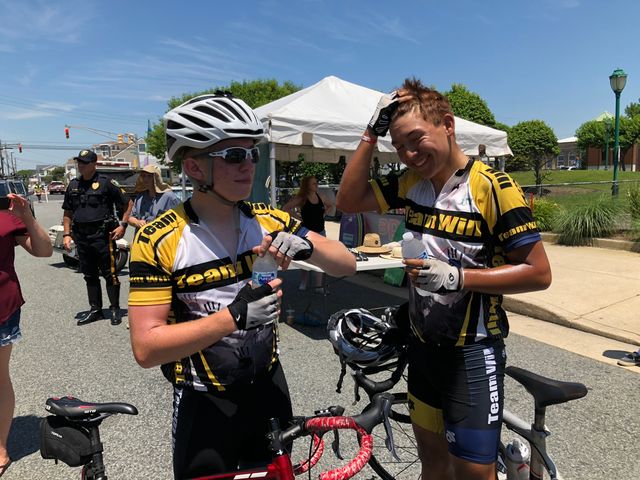 MARGATE – They ride 150 miles a day, stopping in major cities and small towns all across the country to visit children battling pediatric cancers. The Team Will “Go the Distance” tour arrived in Margate Saturday, June 30 with a police escort and was greeted with some fanfare as several cancer survivors lined the route to welcome them to their finish line in the surf of the Atlantic Ocean. 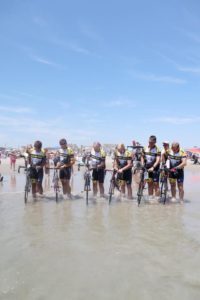 Team Will left San Francisco June 20 after dipping their tires in the Pacific Ocean. Among the survivors welcoming them home from their long journey across the USA was Margate’s own Team Will Hero Danny Feltwell Jr., who recently underwent a bone marrow transplant to cure his lymphoblastic lymphoma.

“I wish I could be a rider,” the 9-year-old cancer warrior said.

One of the riders was Rourke Adams of Columbus, Ohio, who was riding for his daughter Eden who passed away in 2008 from neuroblastoma at age 8. He was greeted by friends who traveled from Ohio to be part of his historic moment. 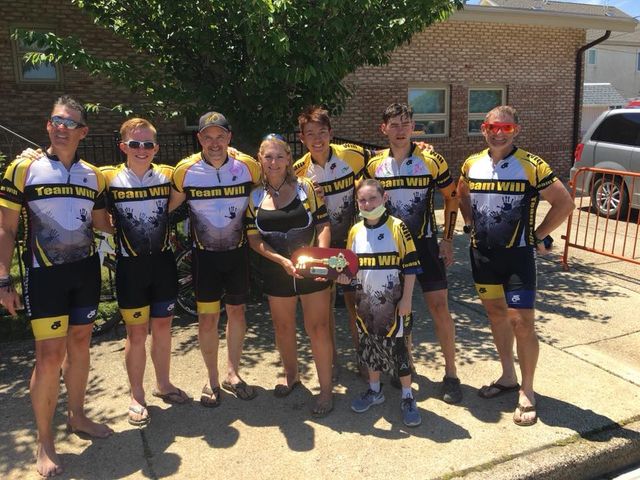 “Our families met when Eden and I were being treated at Nationwide Children’s Hospital in Columbus,” 17-year-old cancer survivor Hannah Lewis said. 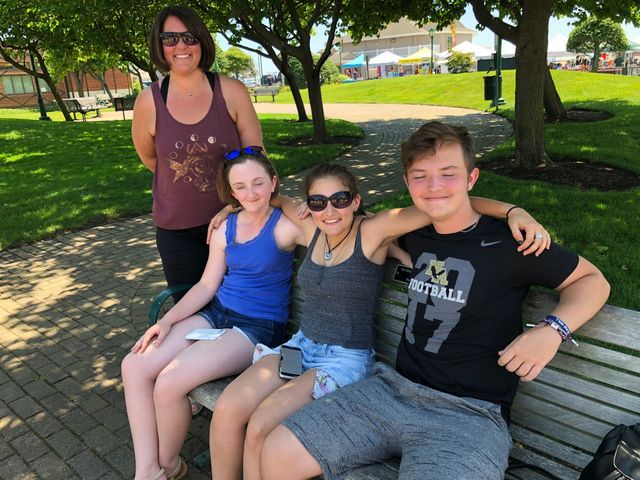 Lewis said she was grateful that the team was giving their all to make others aware of the disease and stopping along the way to help families affected by cancer.

“It’s an inspiring thing to see,” Lewis said. “The thing about pediatric cancer is that there are so many different types of cancers, and all of them extremely rare, so they don’t get much attention.”

Nevertheless, 45 children die each day from some form of pediatric cancer, she said.

It was Team Will’s third visit to Margate. They make the cross-country trek every two years, and plan to be back in 2020, one rider said. 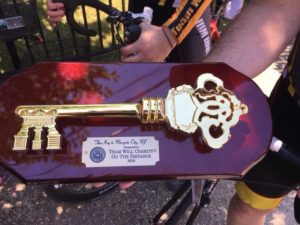 Mayor Michael Becker officially welcomed them to Margate and said he was honored to have them back. He presented Team Will with the official Key to the City.

“We will always be here for you,” an emotional Becker said.

Team members encouraged all Americans to do something to help families affected by pediatric cancer, whether it be making a donation to a cancer charity or just reading to a cancer patient.

“These families need our help,” one member said.

The tour started in 2007 in memory of William Kiefer. The team has raised $98,000 so far, but it’s the friend-raising that is more important, one team member said.

Check out a short video here.