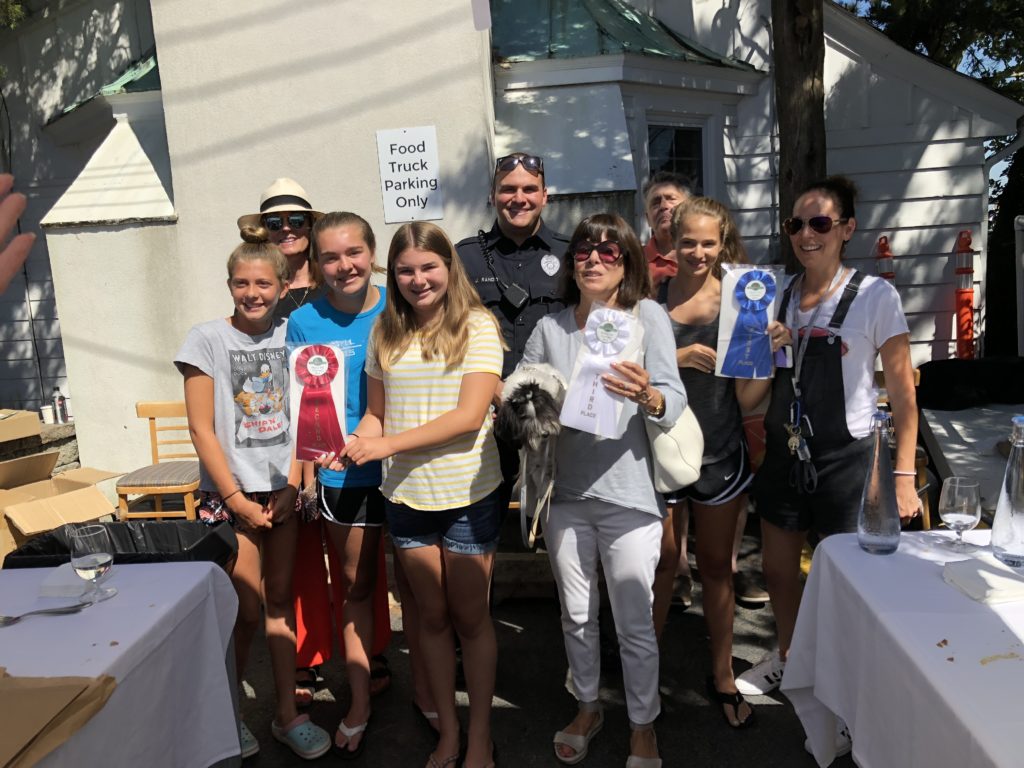 MARGATE – It was yummy peachy goodness at the Margate Community Farmers Market Thursday, July 19 as 12 contestants vied for a chance to win a spot in the statewide Perfect Peach Pie Contest.

The sixth annual Jersey Fresh Peach Pie Contest held in the parking lot at Steve & Cookies By The Bay is a local pre-cursor to the state finals sponsored by the New Jersey Peach Promotion Council. A dozen amateur bakers submitted peach pies or cobblers using Jersey Fresh peaches only, and were judged on “taste, appearance and overall yumminess,” said contest organizer Susan Sandler.

“We average out the scores of all three judges to find the winners,” she said. 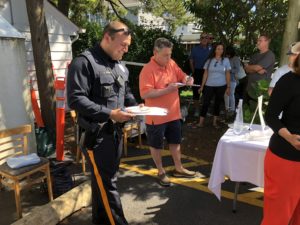 Mazzeo has judged the contest in prior years, but it was the first time judging for Rando.

“My girlfriend Tiffany Phillips, who works at Steve & Cookies, signed me up to judge,” he said as he rolled his eyes after tasting of one of the pies. 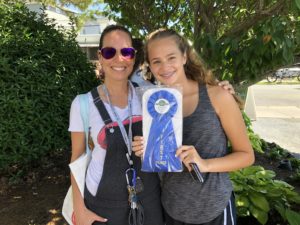 Taking the blue ribbon was the “I Love NJ” peach pie made by Hallee Adelman of Longport and her daughter Sage, 14, who entered the contest for the third time this year.

“The recipe evolved over the last three years,” Hallee Adelman said. “We talked to everyone we knew about what makes the best recipes, and each year, we tweaked it.”

Sage Adelman said it took five hours to make the pie on Wednesday.

“We were trying to be very careful. This year we added a bit of cayenne and some burbon,” she said.

It was the second time the team of Claire Brooks, 13, of Margate, Ali Wawner, 13, of Hawaii, and Mary Wagner, 12 of Margate, won second place in the contest.

“We found two recipes online that we used last year and we found a new one this year that we liked,” Wagner said. “We made all three in mini size then decided which one we liked best.” 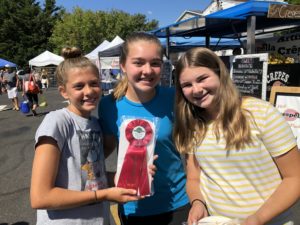 Wagner said the girls tried different peaches, some of which were not as sweet as the yellow peaches they got for their winning entry at the Ocean City Farmers Market.

Wagner said the girls will go after the top prize next year.

Dorothy Feinzig of Ventnor, who had the distinction of being in last place two years ago, said she decided to enter again to show her grandkids to “try, try again.”

She used a recipe taste-tested on friends.

“The peaches here are so delicious. I made two pies to share with my neighbors to see if they were okay. They liked them so much they said I should enter,” Feinzig said. 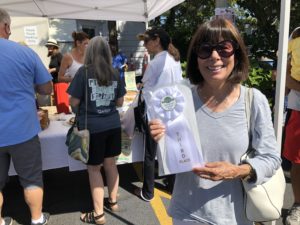 Feinzig said her granddaughter Mia made a little heart for the center of the pie “for good luck.”

Spectators got a chance to taste the pies by donating $1 to restaurant owner Cookie Till’s A Work in Progress Foundation, which builds community gardens and educates children about eating healthy. 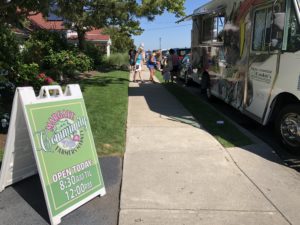 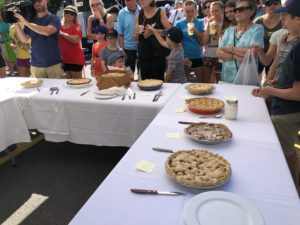 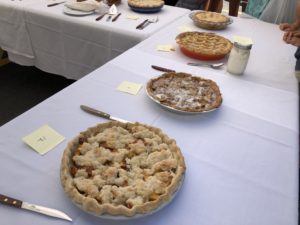 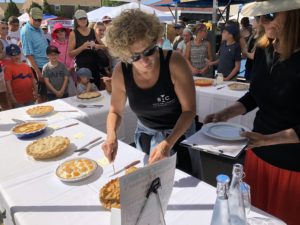 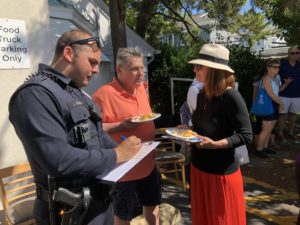 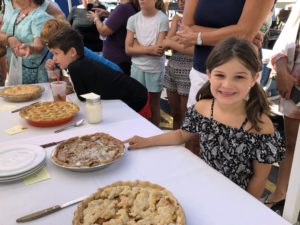 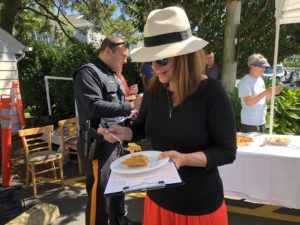 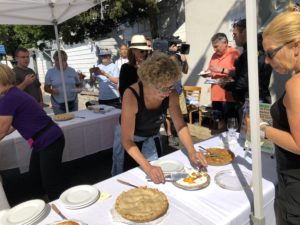 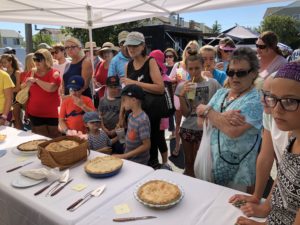 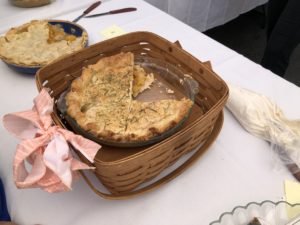 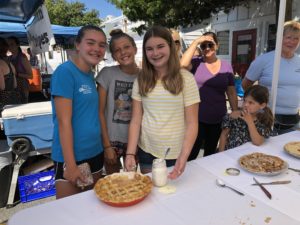 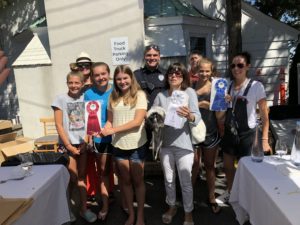