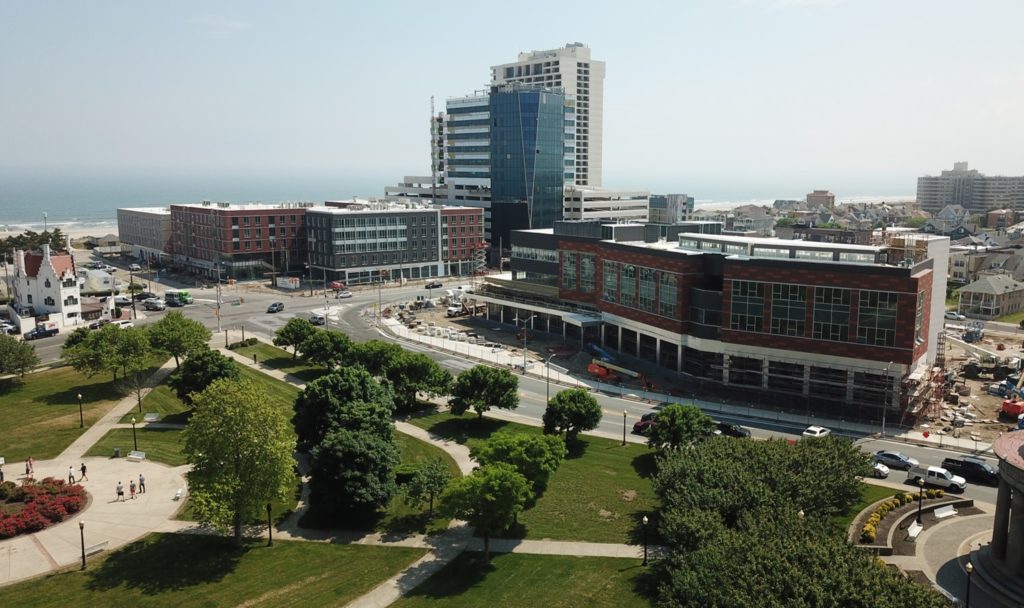 The designation supports Stockton’s role as a state-designated Anchor Institution in the city, according to a press release from the university. It is intended to promote investment and development in academic and related uses within the boundaries of the district.

“The designation recognizes Stockton’s impact on Atlantic City and the surrounding region,” said Brian Jackson, chief operating office of the Atlantic City campus.  “As an Anchor Institution we look forward to helping attract and expand the social, economic and cultural features that will support Stockton and the entire community.” 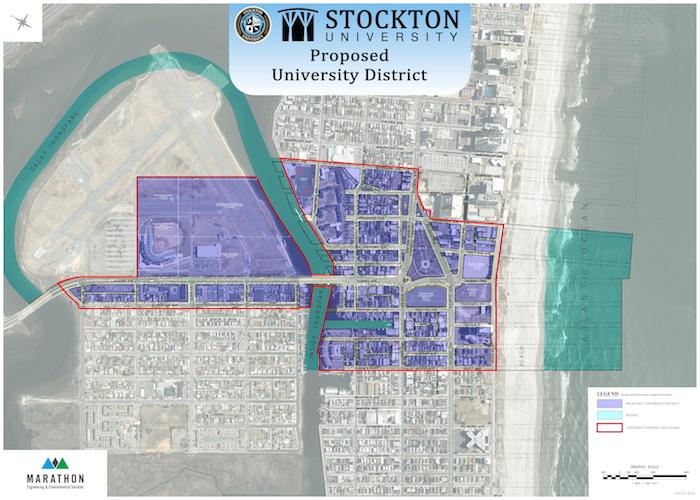 The new University District extends from Sovereign Avenue to Dover Avenue, and from the Boardwalk to the Inside Thoroughfare. It also crosses over the Albany Avenue Bridge to include an area between Albany Avenue and Trenton Avenue to West End Avenue, and almost 50 acres within Bader Field. The area connects the Tourism District and the Bader Field District.

Stockton is in the process of developing signage that will help identify the district. The university will also participate in promoting the district for private investment.

In June, Jackson told residents of the North Beach Ventnor Residents Association said the overlay district would be added to the city’s Master Plan. The overlay allows additional uses in the commercial area, including medical clinics publishing offices, social and civic organizations, educational facilities, art galleries and research labs and will help spur economic development in the area, he said.

The new $178.3 million campus, including a beachfront residential building for 533 students, a parking garage and an Academic Center will open for classes Sept. 5.  A ribbon-cutting ceremony is scheduled for 11 a.m. Sept. 20 on the Boardwalk.