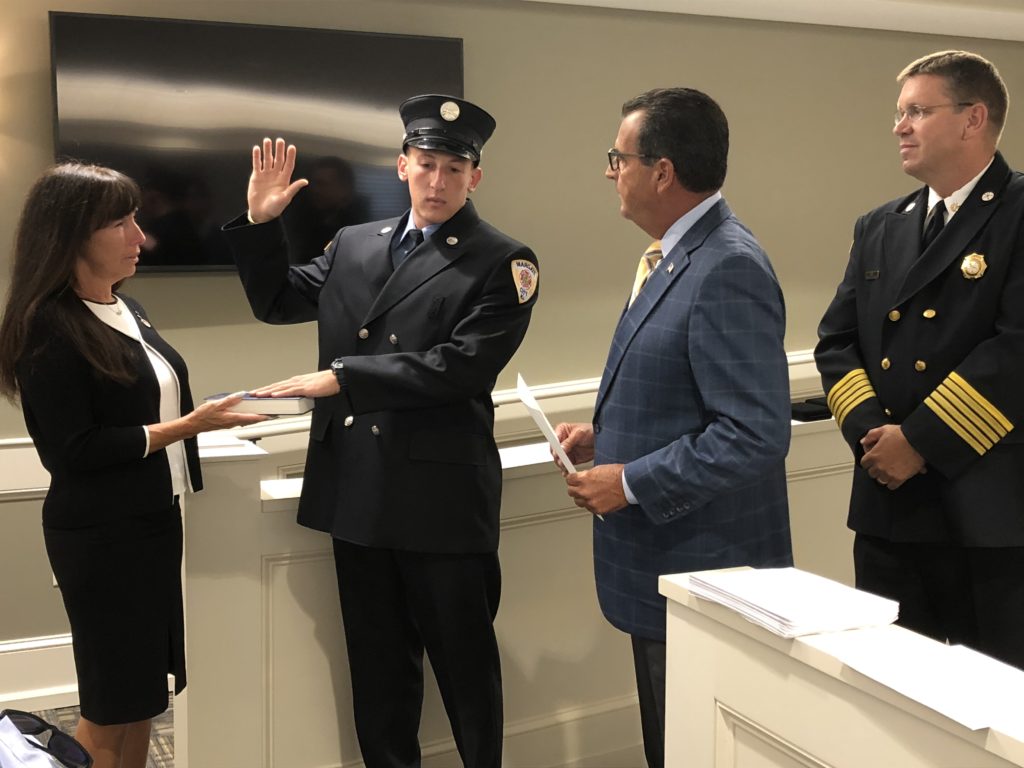 Christopher Fantazzia, 22, of Margate, and Hunter Pizagno, 21, also of Margate, took their oaths of office surrounded by family members. Several firefighters who attended the meeting in support of the new officers left the ceremony to respond to a call of a medical emergency. 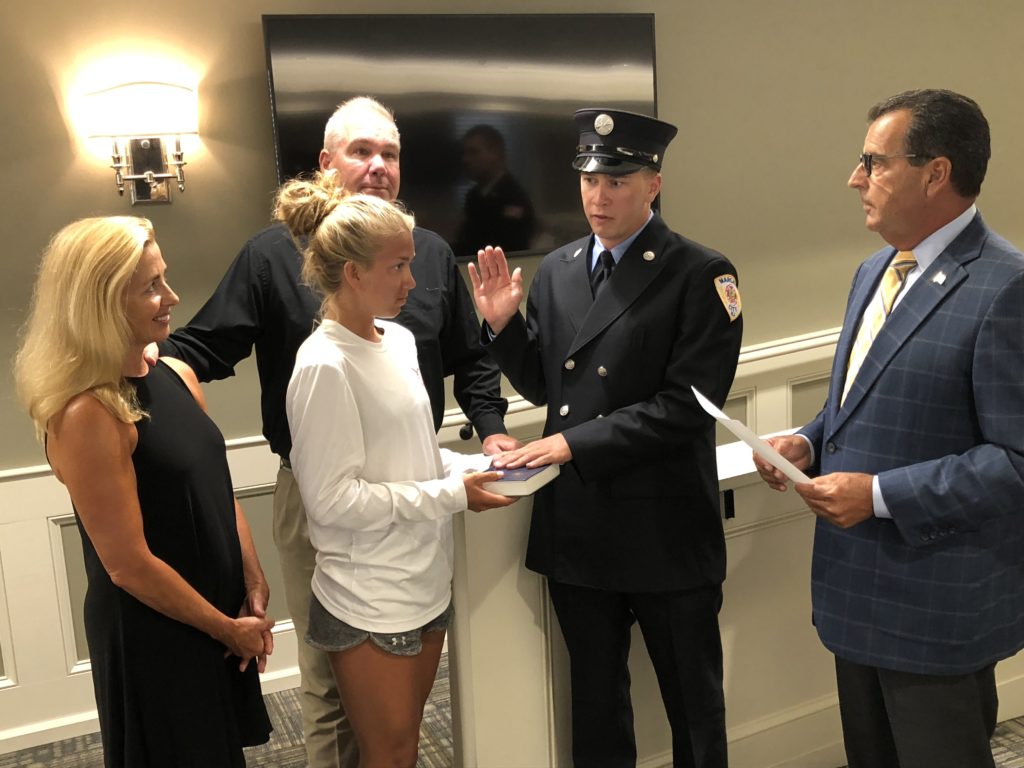 Hunter Pazagno is sworn in as a Margate firefighter. Commissioner John Amodeo administers the oath of office while his sister Morgan holds the Bible. His mom Sharon and dad Herb are also pictured.

Both firefighters grew up in Margate and “came up through the ranks” as volunteer firefighters in Longport, Adams said.

“They were trained through the Longport Volunteer Fire Department and are both certified emergency medical technicians,” he said.

Both will continue their volunteer service in Longport, Adams said.

The department has four eight-person shifts, three of which are fully staffed. When a firefighter currently in training is sworn-in, it will bring the fourth shift to full staff, Adams said.

“We come under Civil Service regulations in Margate. We are very proud we get to appoint Margate kids that grew up in our community to positions in our Police and Fire departments,” he said.

Amodeo said the new police contract approved in spring offered an early retirement incentive to firefighters on staff “so that we can get the kids on the list to become our next generation of firefighters.”