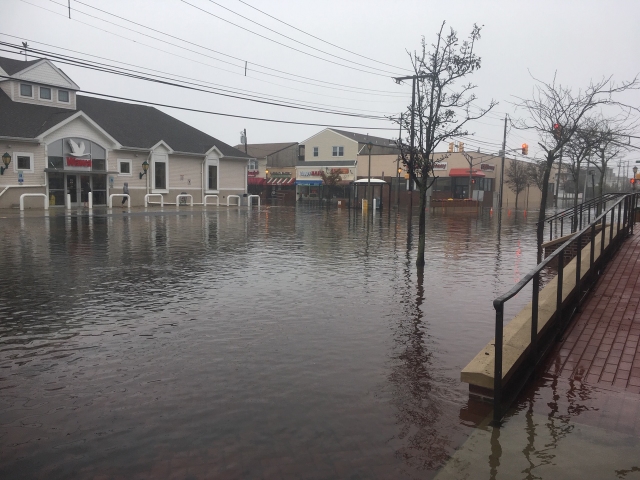 The heavy rain has subsided and so did the winds that gusted between 30-54 miles-per-hour overnight, but roadways are still flooded in the usual areas and some streets that don’t flood are also under water. 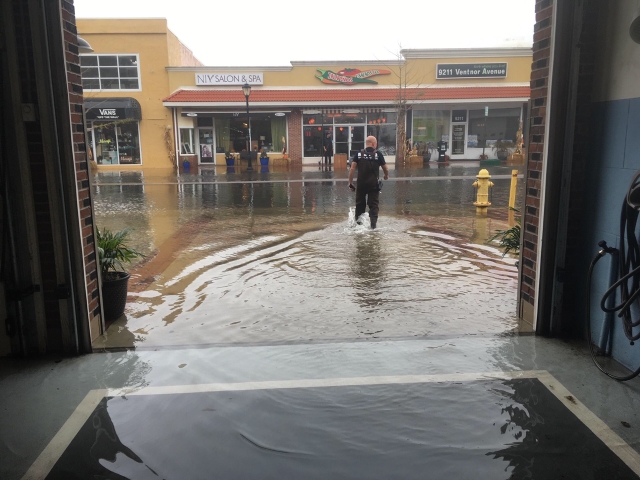 Margate Firehouse No. 1 took on water.

The usual areas in Ventnor Heights flooded. Dorset Avenue, including the bridge, Wellington Avenue and the Black Horse Pike were closed.

Ventnor reported no major emergencies except for “those who drive through the water and think miraculously they are going to make it through,” Peterson said.

“We’re through the worst of it,” Peterson said, advising people to stay home and don’t drive.

Margate Deputy Fire Chief Scott Winneberger said Firehouse No. 1 on Washington and Ventnor avenues took on water and several storefronts on Atlantic and Jefferson had water inside.

“We’re wearing our waders, which we got after Sandy and the water on Atlantic and Jefferson is thigh-high,” he said. “We are using our military vehicles and they have been a great help on emergency calls.” 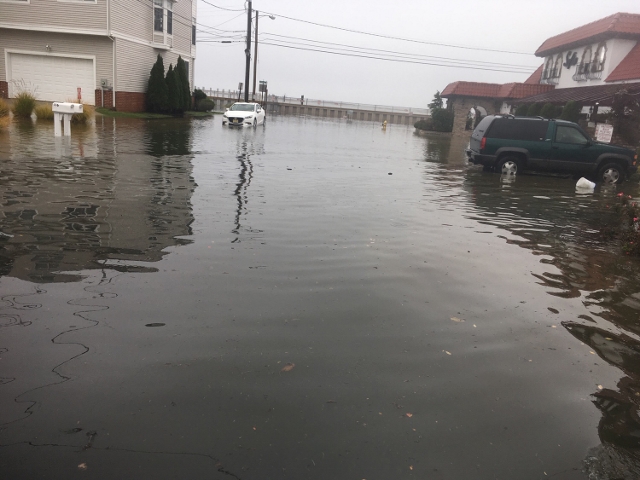 Winneberger said the Fire Department received several medical calls, including one person who fell on the street, “but most of the calls are for unrelated issues,” he said.

There was one fire emergency at one of the Jefferson Avenue stores. Winneberger said the building filled with smoke after flood waters covered an electrical power strip that was on the floor.

“They were able to turn off their electric to prevent a fire, but that’s a problem that could happen practically anywhere,” he said.

“The water is receding. It depends on how much it recedes before the next tide,” he said.

On the bayside, Amherst Avenue was flooded below Jerome Avenue, he said.

Although it’s too soon to determine how the deteriorating bulkhead along Amherst Avenue fared, Winneberger said the northeast winds did not create much wave action on the bayside.

“Most of the flooding comes up from the storm drains anyway,” he said.

Longport Mayor Nicholas Russo also said the flooding was the highest since Sandy. 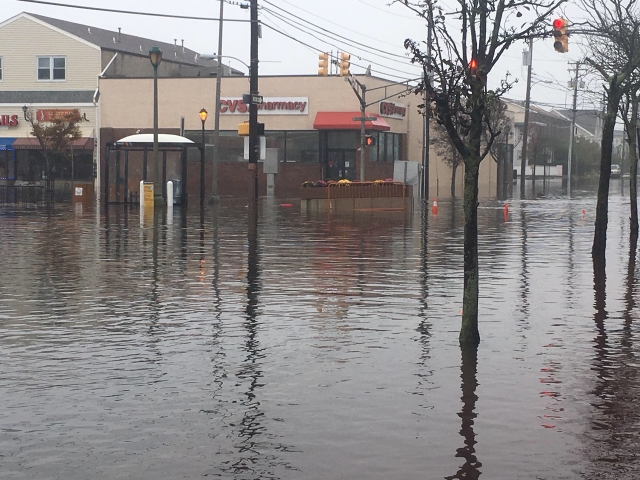 Although parts of Atlantic Avenue were passable, the usual areas that flood along Sunset Drive and in front of the church were not passable, he said.

No emergencies were reported.

“We’re up and running just waiting for the next high tide,” Russo said.