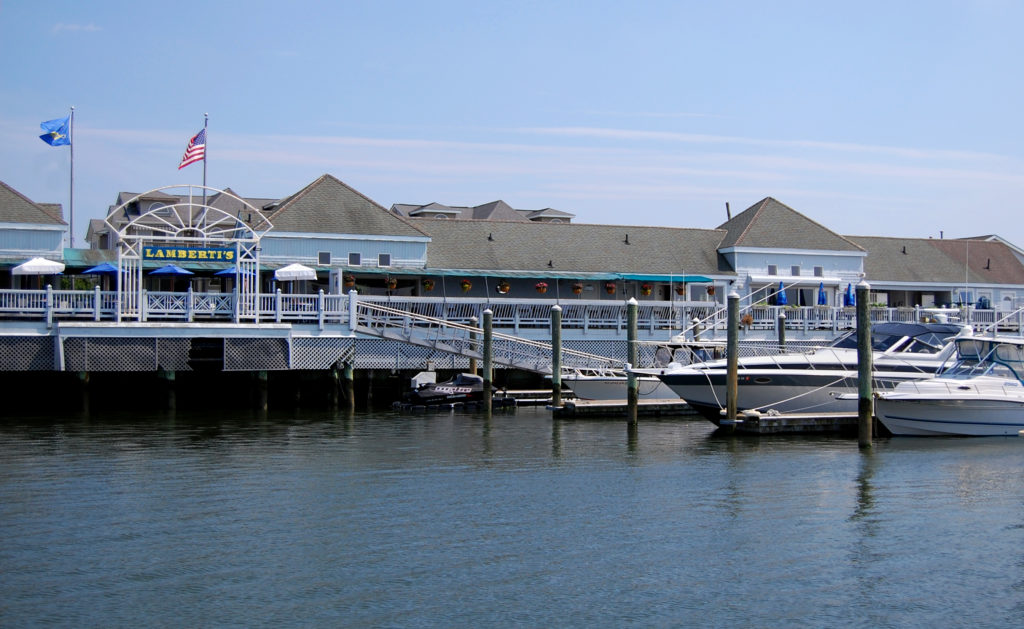 Lamberti received all the necessary C and bulk variances needed to rebuild the restaurant within its existing footprint on Nov. 17, 2016. Those approvals were due to expire on Dec. 22.

“He’s still trying to get his financing in place,” to rebuild the restaurant, Planner Roger McLarnon advised the Planning Board. “He wanted six months, but we recommended he ask for 12.”

The board unanimously agreed to extend site plan approvals to Dec. 22, 2019.

Lamberti is currently negotiating a multi-year lease extension with the city for the restaurant site, but he owns the riparian lot where the marina is located. In return for a lease extension, Lamberti could be required to replace the of the city-owned bulkhead that spans the width of the restaurant. Lamberti is required to maintain the bulkhead as a condition of the lease.

The city is anxious to begin work to replace the failing bulkhead, which has closed parking in one small section.

In August, the city agreed to awarded Arthur W. Ponzio Co. and Associates of Atlantic City a contract not to exceed $94,700 to provide planning and engineering surveys to design the bulkhead 2 feet in front of the existing bulkhead along the entire stretch of Amherst Avenue. The work includes designing the street-side façade along with the capping that will make it attractive to pedestrians walking along the planned promenade.

Solicitor John Scott Abbott said the city has made progress negotiating the terms of the lease and various options. Following an executive session at the Oct. 18 Board of Commissioners meeting, Abbott reported that the commission had given him direction on how to proceed with negotiations.

“We will schedule a meeting to pin down the terms, which include a possible vacation of a portion of where the restaurant sits in return for obtaining parking for the public and the building of the bulkhead,” he said.

An update on the status of negotiations may be shared at the Board of Commissioners meeting scheduled for 4 p.m. Thursday, Nov. 1.