Published by Mike DeVlieger on December 7, 2018 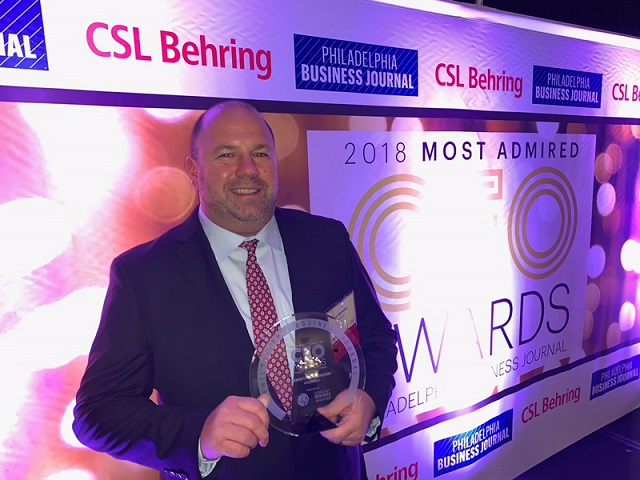 Ken Wisnefski, founder and CEO of the digital marketing firm WebiMax, was honored by the Philadelphia Business Journal as one of 2018’s Most Admired CEOs at a gala event at the Ritz-Carlton in Philadelphia on Thursday evening.

WebiMax was founded in 2008 and currently has over 100 employees located in its corporate office on the Camden Waterfront. WebiMax is the parent company of MediaWize, which operates the OCNJDaily.com, Downbeach.com, SeaIsleNews.com and SomersPoint.com news sites.

Wisnefski is no stranger to success, having received previous awards from Inc. Magazine recognizing WebiMax as one of the Fastest Growing companies in the USA, along with being named one of Forbes Most Promising companies and Business of the Year from NJBiz.

Despite those accolades, Wisnefski remains grounded throughout the process. “As a CEO, you are forced to make lots of hard decisions, but it is very important to know that my team trusts me to make the right decisions,” he said. 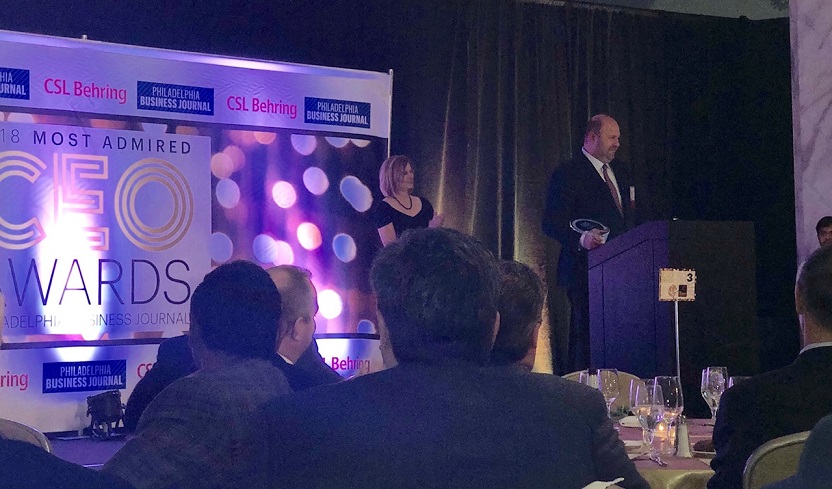 Ken Wisnefski is honored by the Philadelphia Business Journal as one of 2018’s Most Admired CEOs.

Wisnefski, a Stockton University graduate, resides in Ocean City with his wife, Allison, and three children, Alec, 13, Anna, 10, and Anderson, 6. He credits his wife for helping him prosper in business.

“I have had to take many risks to grow the business and Allison has always supported me. Without that support, I certainly would not be where I am today,” he said.

Along the way, Wisnefski has garnered much media attention, appearing regularly on Bloomberg, Fox News and MSNBC as a business and marketing expert.

“It’s not as glamorous as it sounds, but I am grateful to be in a position that my insight may be able to help people make better decisions when it comes to their businesses,” he said. 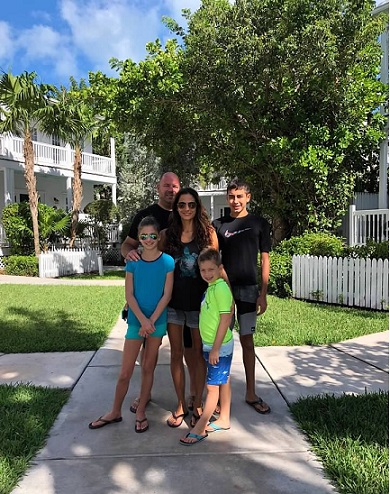 Ken Wisnefski is pictured with his wife, Allison, and their children Alec, Anna and Anderson.

As the calendar moves to 2019, Wisnefski eyes further expansion of the MediaWize division focused heavily in South Jersey.

“We will be expanding into Avalon/Stone Harbor and in the mainland as well. Quality localized content is a commodity that people really want and we look forward to be able to provide that to a broader audience,” he said.

Donald Wittkowski, editor of MediaWize, credited Wisnefski for recognizing the importance of hyper-local news in the communities served by OCNJDaily.com, Downbeach.com, SeaIsleNews.com and SomersPoint.com over the past two years.

“Under Ken’s leadership, MediaWize has become the dominant news source in the communities it covers and is on its way to launching even more must-read news sites that will benefit the residents, business owners and advertisers in the South Jersey region using its digital platform,” Wittkowski said.

With the onset of more and more technology in the workplace, Wisnefski feels sometimes things come back to the basics.

“While CEOs often get too much credit when things are going well or too much blame when they are going bad, at the end of the day, any company’s best asset is its employees,” he said. “My best ability has been to assemble a dynamic team of people that work alongside of me at WebiMax. Without them, I couldn’t have achieved this.”

For additional information, please visit www.WebiMax.com or reach out to: Ken@WebiMax.com