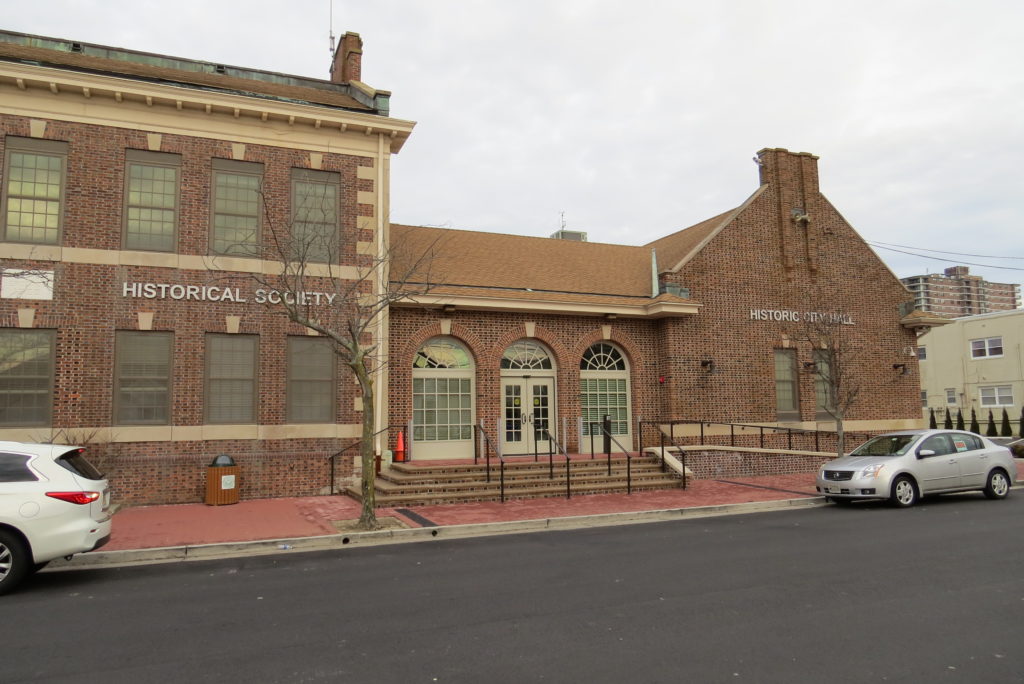 MARGATE – In an effort to clear up objections in a legal suit brought against the City of Margate, the Board of Commissioners Dec. 6 introduced a new ordinance re-authorizing the transfer of seven parking spaces along Amherst Avenue to local builder Jim Leeds.

After the city agreed to convey a 70- by 25-foot strip of contiguous land to Barbary Coast Marina, LLC, neighbors of Harbor Vista Homeowners Association across Amherst Avenue filed a complaint in Superior Court to declare the sale null and void. Barbary Coast Marina owner Jim Leeds plans to build new offices and two residential units on his bayfront property. The land is being conveyed in exchange for replacing and maintaining 175 feet of deteriorated city-owned bulkhead. Leeds has already replaced the bulkhead at a cost of $443,681.70, which meets or exceeds the fair market value of the land, according to the prior ordinance.

Harbor Vista homeowners contend they will be irreparably harmed by the loss of public parking across from their bayfront townhouses.

The new ordinance addresses terms and conditions in the complaint and if adopted at a public hearing scheduled for 4 p.m. Thursday, Dec. 20, would allow the sale to be re-affirmed and the deed held in escrow until the legal suit is resolved.

At the Dec. 6 worksession, McCrosson asked the commissioners to view the ordinance with “fresh eyes” as if the prior ordinance, Ordinance 21-2018 approved on Sept. 6, was never adopted.

McCrosson asked the commissioners to consider whether they still think the transaction would be in be best interest of the taxpayers.

In the legal suit, Harbor Vista attorney Robert S. Baranowski Jr. of Hyland Levin, LLP of Marlton alleges the city failed to provide a “clear and concise statement” about the ordinance in its legal advertising and therefore “the public was not fairly apprised” of the action being taken by the board.

In his filing, Baranowski states that the city failed to demonstrate that the parking spaces, which are in a highly traveled area where public parking is in demand especially during the peak summer season, were no longer needed for public use. He said the city was simply “bartering away its obligation” to replace the bulkhead, which benefits a private developer to the detriment of the public through the loss of parking spaces. The legal suit also states the city failed to put the sale out to bid, and it did not determine fair market value in an appraisal. He called for the sale to be null and void.

In his brief, Baylinson said Barbary Coast would suffer irreparable harm if the ordinance were set aside because Leeds has invested nearly $1 million in the property, including replacing the bulkhead. Six of the parking spaces will be used to accommodate the mixed-use building and one spot would be for public handicapped parking.

“Despite Harbor Vista’s contention that they will suffer immediate irreparable harm due to their inability to use what amounts to six parking spaces, it is only since 2017 that these spaces were available to them for parking. Before last year, Harbor Vista had no right to park on the privately owned land,” he stated in his brief to the court.

Commissioner John Amodeo said a prior owner deeded land, which was previously designated as private parking spaces, to the city in a quit claim deed, dated April 20, 2017.

He said redeveloping a “dilapidated, deplorable area” would improve the marina district as required by the city’s Master Plan. Redefining the area, replacing deteriorating bulkhead and building a public promenade along the bayfront would be “a win-win situation for the city,” he said.

In a bulkhead-related matter, the city announced it has a signed agreement with the owner of Lamberti’s Restaurant and Sunset Marina to replace 588 feet of city-owned bulkhead in exchange for transferring ownership of the building, which Lamberti leases from the city. The agreement calls for Lamberti to open 24 parking spaces on his privately-owned parking lot on Monroe Avenue for public parking from 7 a.m. to 5 p.m. during the summer season.

Amodeo said the city is looking for other ideas to create more public parking in the marina district, which includes several restaurants, marinas and a proposed inflatable water park.  One idea considered includes providing off-site parking at the Eugene A. Tighe Middle School parking lot with a shuttle to other areas of the city.

Commissioner Maury Blumberg suggested the city explore establishing a trolley loop around the city during the summer season, which could be operated by a private company at no cost to the city.

Amodeo also said the city could consider moving its vehicle impound lot to an off-shore location, which would open approximately 30 spots at the city’s impound lot on Decatur Avenue. 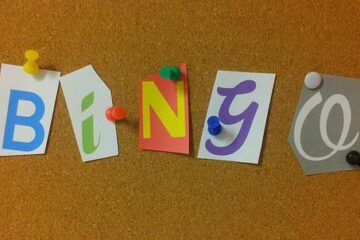 MARGATE – Plan to cool off from the hot summer sun and participate in The Lynn Kramer Village by the Shore at Jewish Family Service programs in July. Here’s your chance to enjoy 10 fun, Read more… 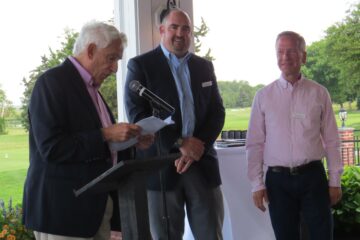 MARGATE – This year’s Jewish Family Service annual meeting provided an opportunity for staff, board members, volunteers and donors to come together in-person for the first time in two years. At the program June 16, attendees Read more…