Published by Mike DeVlieger on January 1, 2019 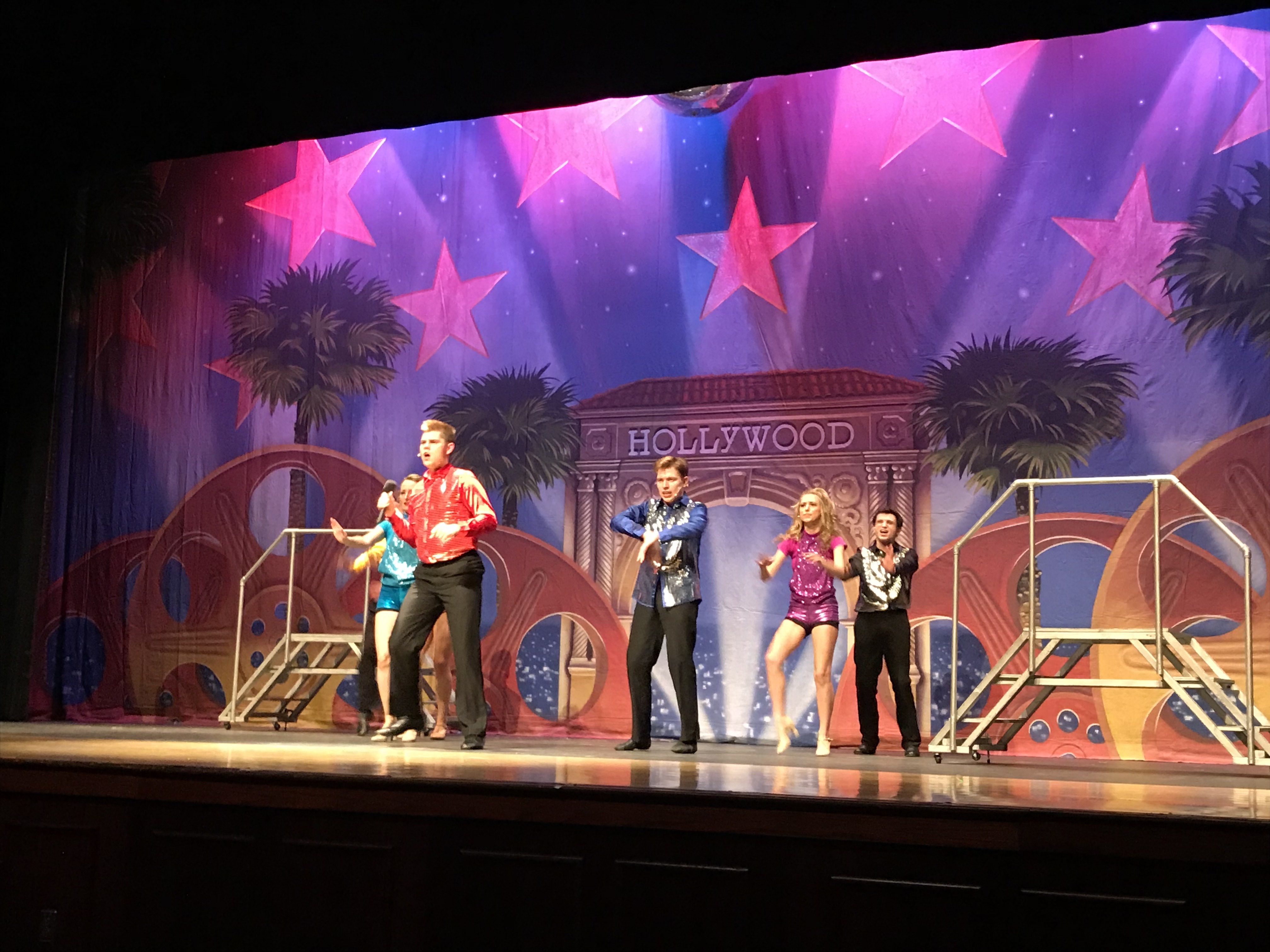 A rainy forecast and precipitation beginning around 3 p.m. resulted in the cancellation of the fireworks display, scheduled to be shot off at midnight, to welcome the New Year.

Aside from that, 30 entertainment events and activities at 22 different venues went off without a hitch.  And judging from the reactions of those taking part, the wet weather did nothing to dampen the spirits of the New Year’s Eve revelers.

Most events took place indoors, with a fleet of jitneys shuttling attendees around the island with a minimum of hassle. 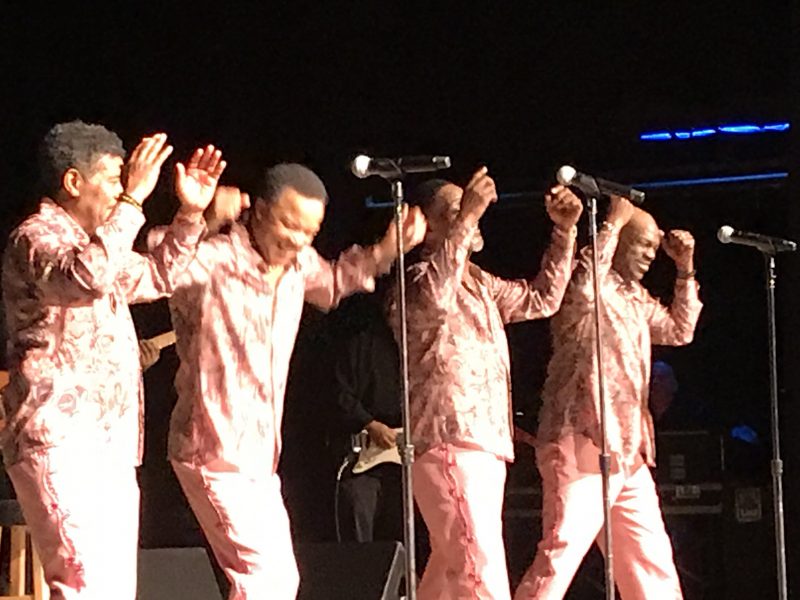 The Spinners acknowledge the crowd during their headliner concert at the Music Pier.

At the Music Pier, R&B legends The Spinners had fans spinning their own dance moves in the aisles for three shows that packed the historic venue.

Keith Ferguson, keyboardist and musical director of the Motown icons, summed up the resilient theme of the night.

“I don’t like to say it, but the weather won’t allow the fireworks to happen tonight,” Ferguson said, prompting loud groans from the audience.

“On the other hand, the Eagles are in the playoffs!” he exclaimed as the crowd erupted in thunderous applause. 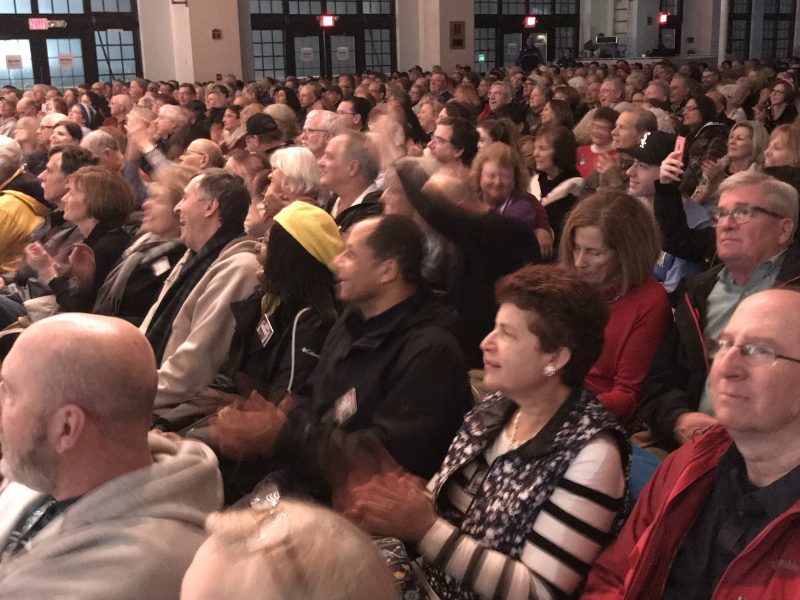 The audience gives the Spinners a round of applause.

The audience reaction was even stronger for the music itself at the 10 p.m. show. The group reeled off a string of hits, including “Could It Be I’m Falling In Love,” “One of a Kind Love Affair” and “Rubber Band Man” while also performing their signature choreography.

“They were really good,” said Heather Waltersdorf-Robinson, who was at the show with husband Scott Robinson, kids Avery and Collin and sister Susan Waltersdorf. “We’re all really having a good time tonight.”

Officials said official attendance was not yet known, although it seemed as if crowds were down, but only slightly.

“One of the best things I have observed over the years is the growth of the event,” said Ken Cooper, a volunteer who has worked at First Night for all 27 years. “The first year, the events were pretty corny and we drew a few hundred people. I’m most impressed by the way people have responded over the years and it has just gotten bigger and better each year.” 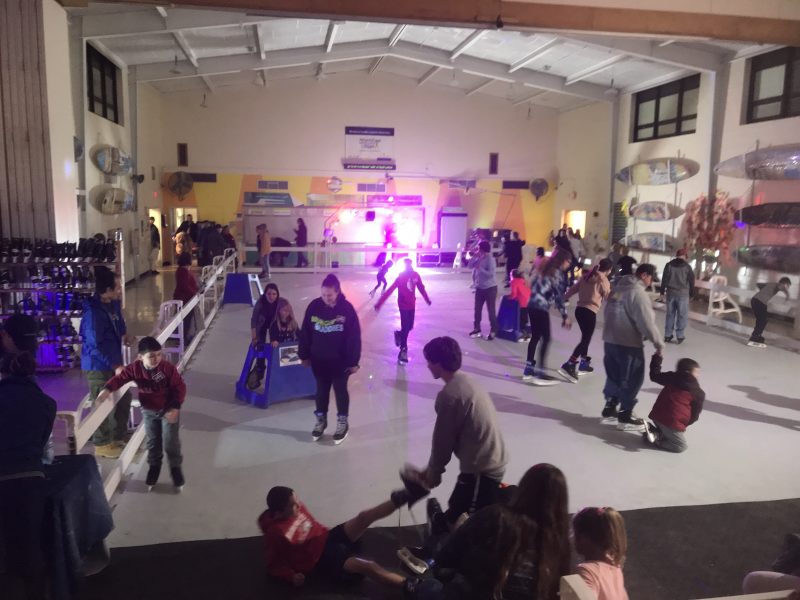 An array of First Night activities included skating on an artificial ice rink set up inside the Ocean City Intermediate School.

First Night, designed to be a safe, alcohol-free and family-friendly event, has only grown, and has sold out in most recent years. Attendance is capped at 10,000 to keep the event manageable. Buttons to attend all of the various activities were still available earlier in the day, but were close to sold out, officials said.

At the Auxiliary Gym in the High School, the band Philly Rock & Soul had a large crowd swaying and dancing to a Bruce Springsteen medley.

“This is a very responsive audience, which I wasn’t sure it would be since we followed the dog act,” a band member joked. Indeed, the Johnny Peers Stunt Dog show had the crowd enthralled. 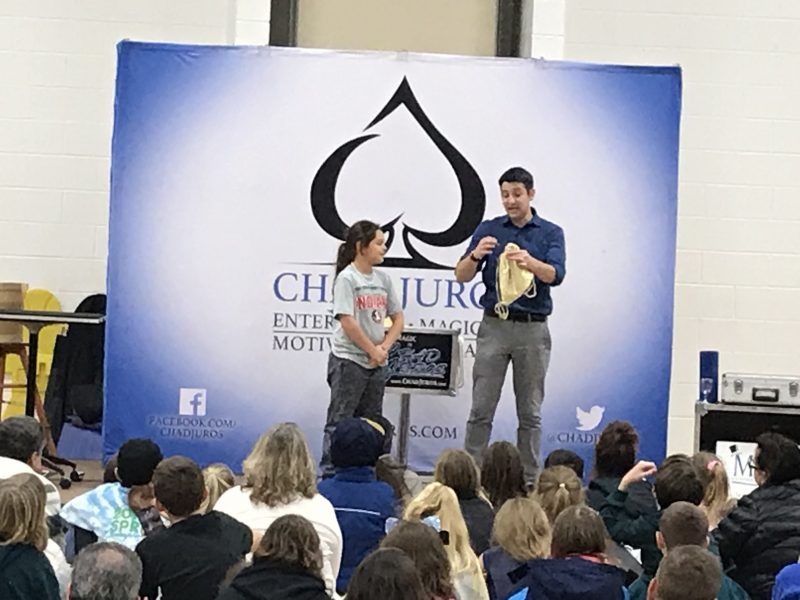 Magician Chad Juros had a few tricks up his sleeve during his interactive show.

At the Civic Center, the oldies cover band The Fabulous Greaseband drew hundreds to three shows starting at 9 p.m. Many in attendance turned the gym into a giant dance floor.

Business was brisk at the shuttle bus stop outside the high school gym, although the rain eased off at times and many folks opted to walk from the high school events to those at the Ocean City Tabernacle, Civic Center, St. Peter’s Church Sanctuary, the Community Center and other spots around town.

A DJ skate at the Ocean City Skate Park fell victim to the rain and had to be canceled, but a group of teenage boys were undaunted, using their boards for transportation to the events at the Tabernacle.

“It’s all good,” said Jack Newman, 14, of Springfield, Montgomery County, Pa. “Trust me. If I was at home, I would not be allowed out this late to skate in the streets.”

In the Bill and Nancy Hughes Performing Arts Center at the high school, a near-capacity audience looked on as a show called “Lights, Camera, Dance!” hoofed it to music from “Footloose.” 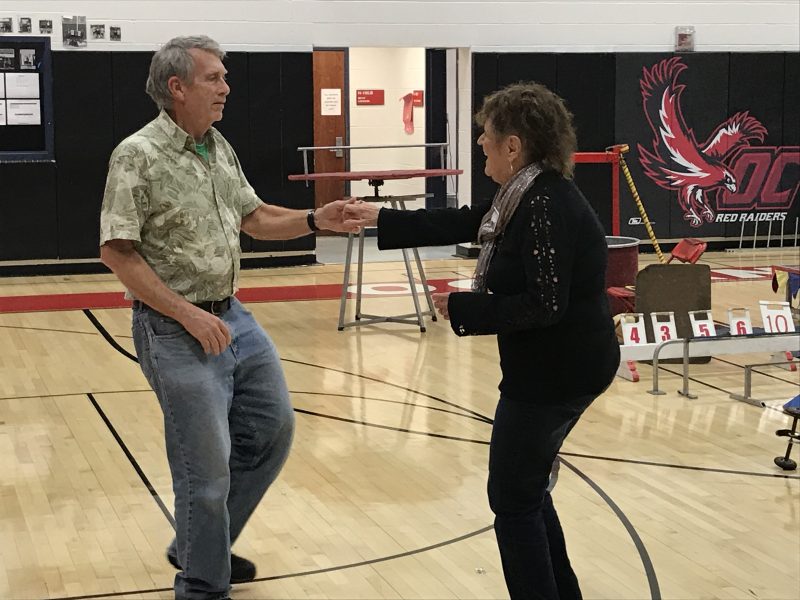 George Wasserstein of Swainton and Dorothy Burns of Cape May dance to a Springsteen medley by the group Philly Rock and Soul.

In addition to the entertainment, there were food centers throughout the venues, and the crew from Del’s on the Boardwalk was doing a brisk business selling hotdogs and other treats, and coffee and hot chocolate were big sellers, too.

Later in the evening as the crowds started to thin, Dave Cornell, of Bensalem Pa., grabbed his 12-year-old daughter Sarah’s hand and the pair broke into a jog toward the parking lot on 9th Street.

“It was an exciting night, much more to do than I thought there would be,” Cornell said. “I heard about this event last year and decided then I would take (Sarah) this time. It sounded then like it would be a lot of fun, and it was. I’m glad we came down. Ocean City did a great job.” 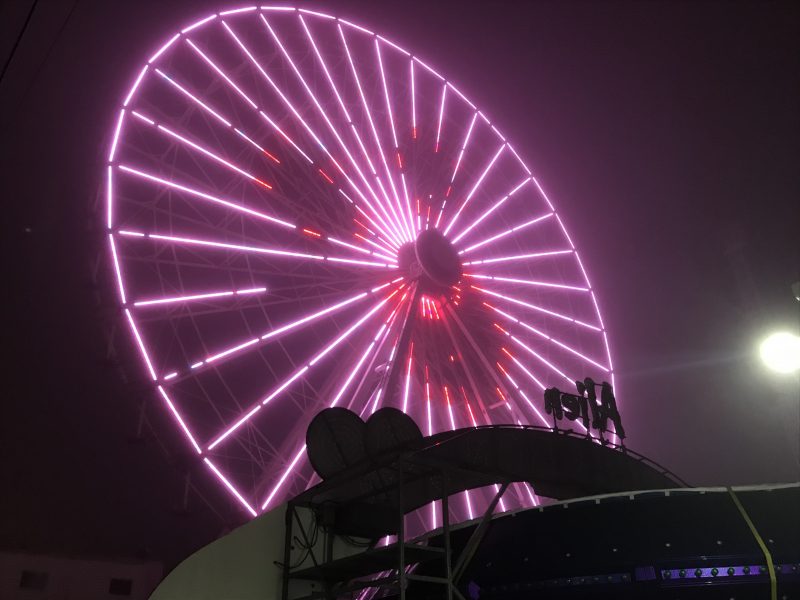 The Ferris Wheel at Gillian’s Wonderland Pier flashed a holiday light show that cut through the gloomy weather. 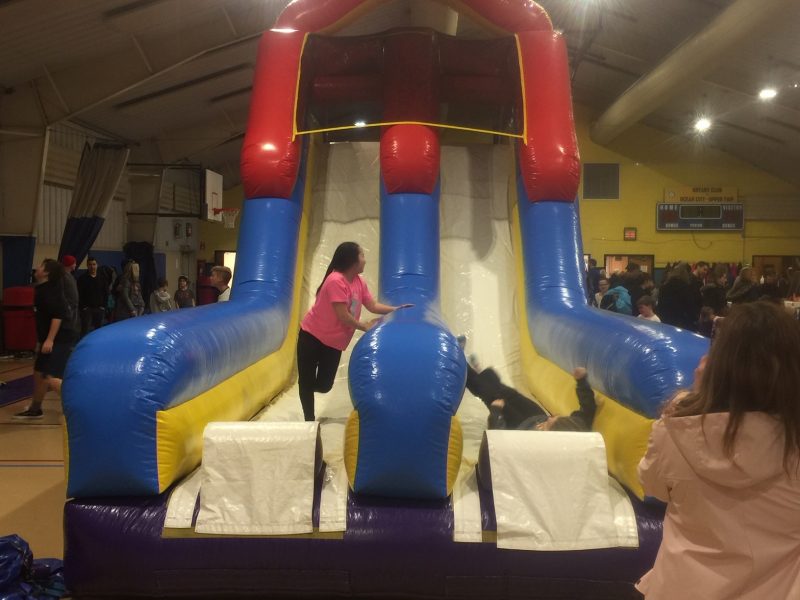 Giant inflatables were part of the kid-friendly amusements inside the Sports and Civic Center. 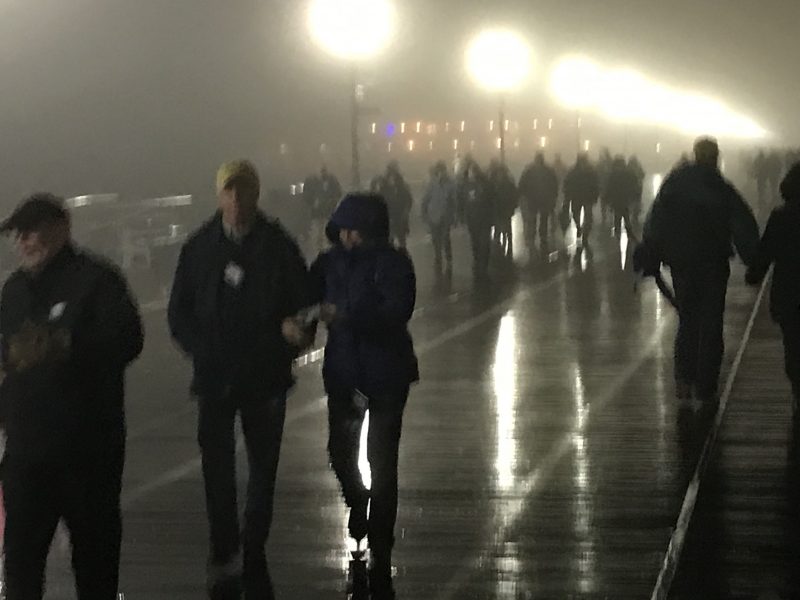 The holiday crowds braved the rainy weather to take a stroll on the Boardwalk. 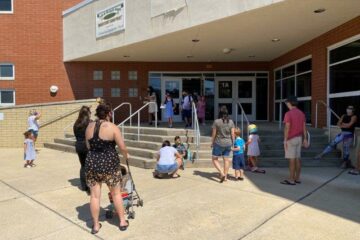 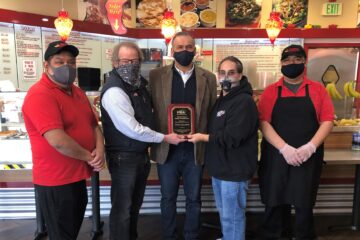 Margate announces its ‘Businesspersons of the Year’