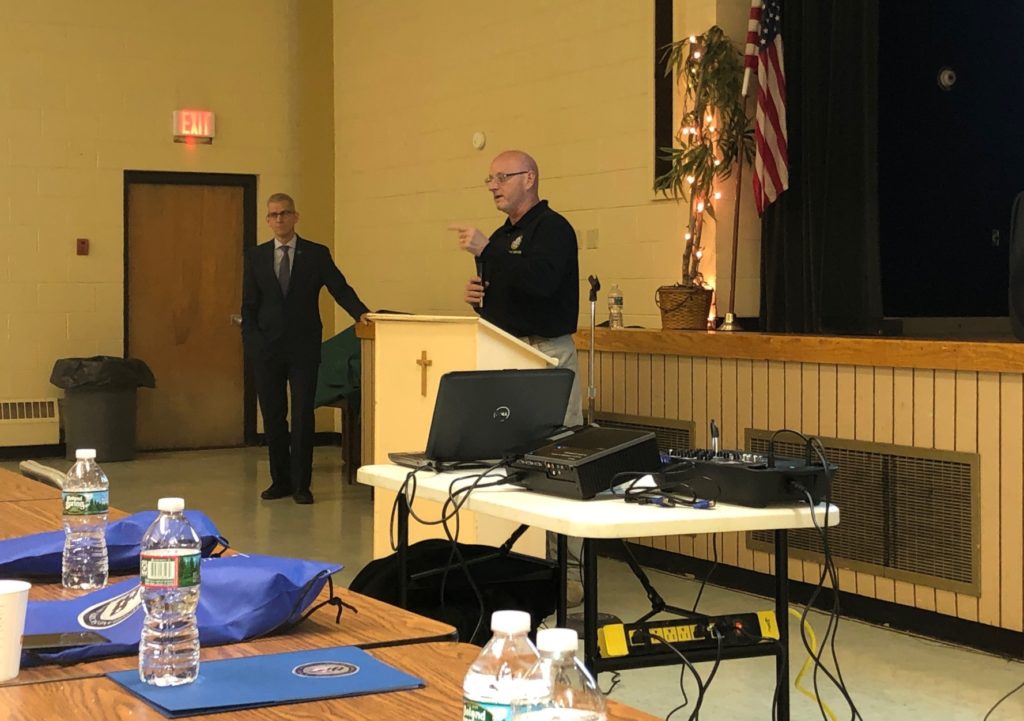 Edwin Moore of the NJ Office of Homeland Security and Preparedness addresses a crowd of 100 gathered to hear how to protect worshipers.

VENTNOR – Leaders of area churches, synagogues, mosques and temples turned out in force Tuesday, Jan. 29 to learn how to protect their congregations from the threats of terrorism. More than 100 people showed up at St. James Church to hear members of the New Jersey Office of Homeland Security and Preparedness share protective measures organizations can take to mitigate security concerns at houses of worship.

“Where shootings occurred, they never thought it would happen to them,” Ventnor Police Chief Douglas Biagi said. “We encourage you to be prepared for the time the hairs on your neck will stand up.”

Edwin Moore of the NJOHSP Training and Exercise Bureau said the 16,000 houses of worship in New Jersey are soft targets that need to be protected to make people comfortable enough to continue to attend services. He said that tragedy can happen within minutes and that 48 percent of shooters had some connection to the church. Only 10 percent were due to mental illness.

“Mass communication is key,” he said, and preparing for an emergency can save lives.

He reviewed the concept of Run, Hide, Fight, encouraging those who may be targets to flee, leave belongings behind, prevent others from entering the shooter’s area and help others to escape. If hiding is necessary, don’t get trapped or have movements restricted, lock and block doors that separate victims from the shooter and turn off cell phone ringers and vibrators. If a shooter is coming at you, take aggressive action to distract, disrupt and disarm the shooter, even if you have to throw a stapler at the shooter, he said. 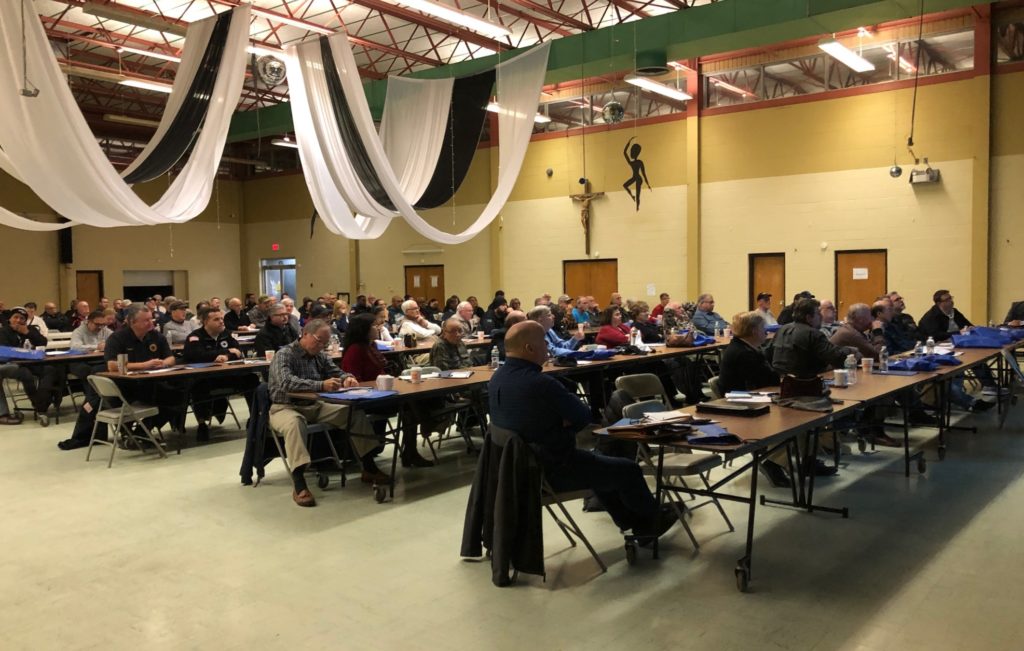 But the best protection is to be prepared, he said.

“Be a leader for your institution,” he said.

He encouraged religious leaders to conduct site assessments, develop emergency plans with employees and volunteers and coordinate with other houses of worship and local law enforcement. A core planning team could include clergy, security guards, maintenance staff, ushers and greeters and the local police department. Together they can identify threats and be of the mindset that tragedy can happen.

“Having a plan could give leaders confidence in their decision making,” he said.

Andy Schaeffer, chairman of the Board of Trustees at Seaview Baptist Church in Linwood said he attended the meeting to learn more about what can be done to enhance security at his church.

“We need to create a general awareness of what’s going on in prevention and share it with our Board of Trustees,” he said. “We have been grappling with the issue for about six months and have been researching what other churches are doing.”

He said he plans to work with his congregation to come up with a plan that is unique to the church facility and the congregation.

Some of the suggestions to enhance security are to control hours of operation, establish mail and package delivery control, assess the possible risk of an insider being a threat, assemble trauma kits and develop strong cyber security. Congregations should consider installing closed-circuit TV cameras that are monitored, conduct background checks on employees and volunteers, and install structural barriers, such as bollards and fences, around the building.

Religious leaders should also inform local law enforcement when they host public events, have ushers work in pairs, establish a non-verbal communication system to identify suspicious behavior, and conduct drills on a regular basis that involve employees, volunteers and parishioners.

“Let your congregation know what you are doing is to enhance security, but they don’t have to know everything. It will make them feel more comfortable in church,” Moore said.

Ehtasham Chaudhry of the NJOHSP Operations Bureau provided information about two competitive grant programs – one is $10,000 and the other as much as $150,000 – that can fund target-hardening and physical security enhancements, such as installing security cameras, automatic door locks and protection of critical infrastructure.

Loretta Taylor of the NJOHSP Training and Exercise Bureau encouraged church leaders to fill out a Facility Self-assessment Tool to identify vulnerabilities. The bureau is available to conduct on-site assessments that can provide recommendations for enhancing security, she said.

Andrew Smith, the state’s security advisor for Southern New Jersey, said, “New Jersey gets it,” when it comes to homeland security.

His department was in Pittsburgh in the weeks before the mass shooting at Tree of Life Synagogue.

“We lost people, but the training and mindset for preparedness actually saved lives,” he said.

Following the presentation, Rev. John Ash of the Presbyterian Church of Mays Landing said the session was “comprehensive” and sensitized him to the issue.

“This requires a lot of reflection. We never even thought it could happen in our church,” he said.

He will work with church leaders follow through on an assessment, he said.

McFadden is available to assist Atlantic County religious institutions with a self-assessment. Contact McFadden at 609-909-7861. 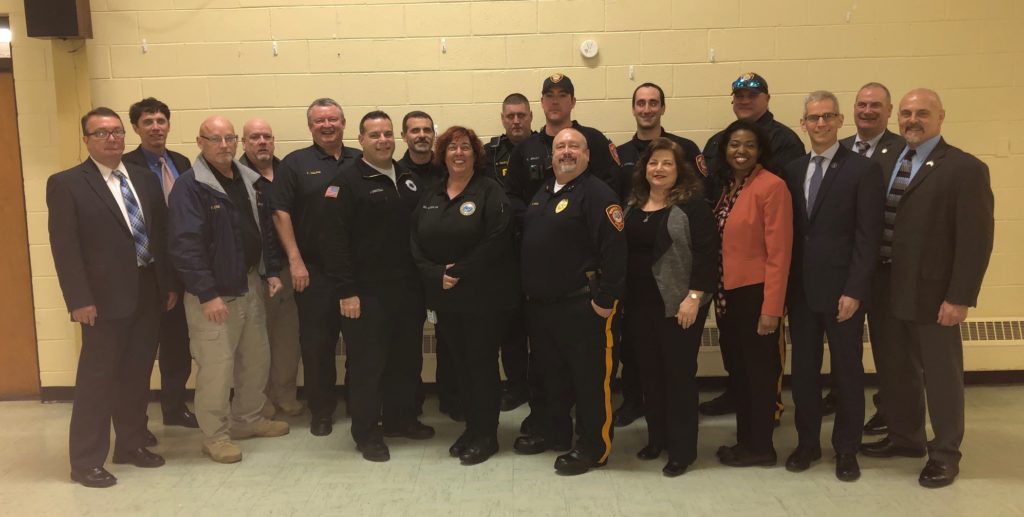 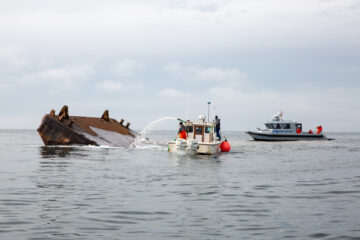 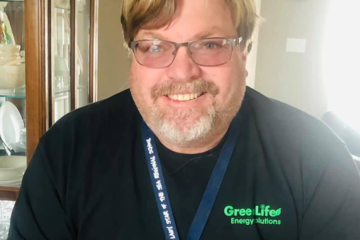 By NANETTE LoBIONDO GALLOWAY VENTNOR – The city has lowered the American flag at City Hall to half-staff today in memory of school board member Joseph McDevitt, 53, who died Thursday, Jan. 21 of complications Read more…