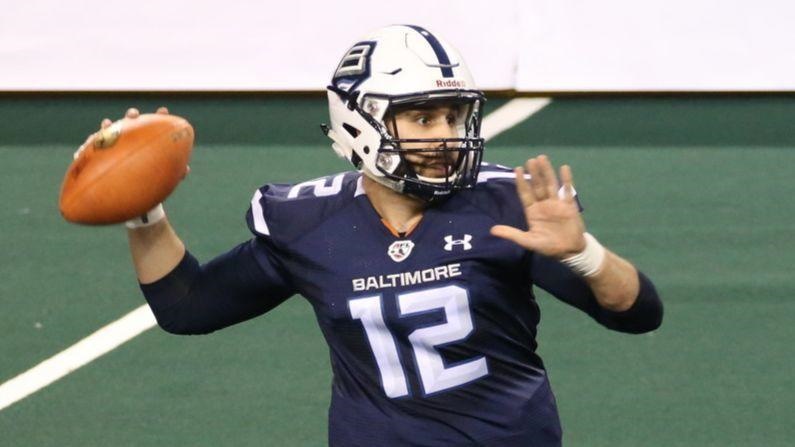 Are you ready for some Arena League football?

The ownership group of the new Atlantic City Blackjacks certainly hopes so.

With the NFL Draft just wrapping up and the Eagles still just one season removed from their first and only Super Bowl championship, it’s safe to say local pro football interest is at an all-time high.

Now, in the Blackjacks, the region has its own professional football franchise aiming to be a part of the action. An expansion team of the Arena Football League, which is now entering its 32nd year, the Blackjacks opened their season Saturday in Philadelphia with a 48-41 loss against the defending league champion Soul.

George Manias wouldn’t have it any other way. The president and CEO of Trifecta Entertainment, which owns the Blackjacks and also has ownership interests in the Albany Empire and the Soul, said going up against Philly could be the start of a great rivalry.

Contacted prior to the game Manias said “We’re facing the league’s crown jewel, as the Soul has been for a number of years now. That game is going to tell us very quickly where we are in developing the franchise.” 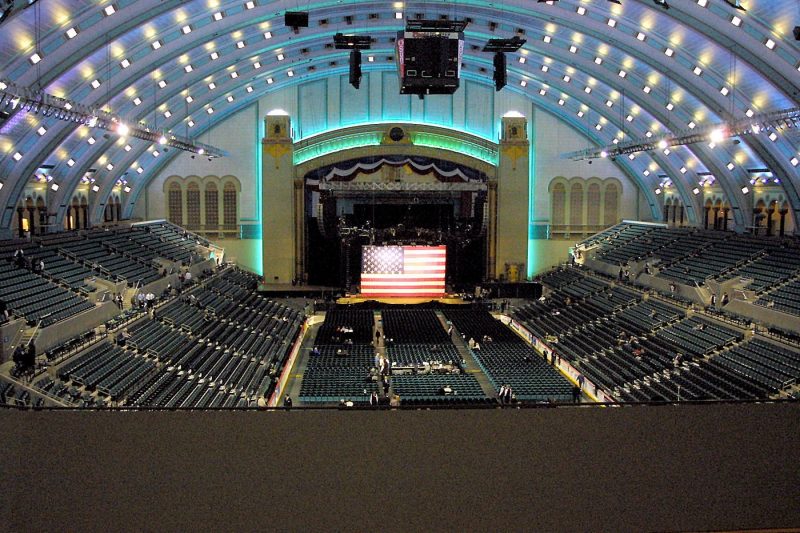 Home base for the new squad is historic Jim Whelan Boardwalk Hall, where the Blackjacks will host their home opener at 3:30 p.m. on Saturday, May 4, against the six-team league’s other expansion franchise, the Columbus Destroyers.

The team announced that all of its games, both home and away, will be televised on NBC Sports Philadelphia, as will all of the Soul’s games.

The Blackjacks games will also be heard on 97.5 ESPN radio, where Head Coach Ron James will host a weekly call-in show on Thursday nights during the regular season. Co-hosted by Blackjacks play-by-play announcer Nick Kosko, the show will be broadcast live from Chickie’s and Pete’s in Egg Harbor Township, where fans are invited to come out and meet James and a different group of players each week.

One of the players sure to be featured prominently is starting quarterback Randy Hippeard. The 2017 AFL MVP and first team “All-Arena” squad member makes the Blackjacks an immediate playoff contender, according to Manias.

“Our fans need to understand the magnitude of this signing,” said Manias. “This is a quarterback-driven league, and we have one of the best.  Between (Hippeard) and Coach James, we are well on our way to our goal of putting a top-notch product on the field.” 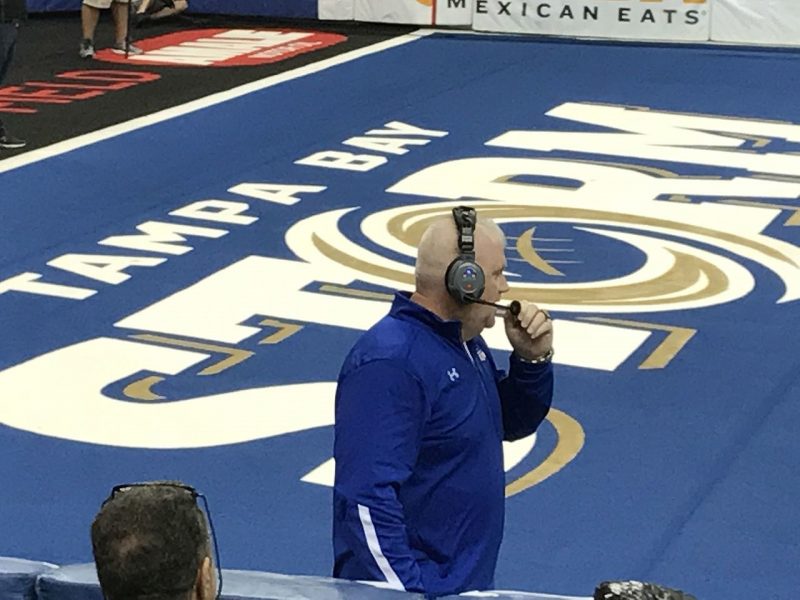 James also reaped accolades that year, picking up Coach of the Year honors for the second time. He won the honor previously with the now defunct Utah Blaze in 2012.

The team recently revealed its new logo and jersey design. The red, black, gold and white threads say “A.C.” across the chest of the home jersey and “Atlantic City” on the road uniform.

“We are going to have character players and be active in the community,” Manias said. “We hope the community will take pride in the franchise.”

Atlantic City was chosen for an expansion franchise not only because Manias believes local football fans will love the product, but also because AC is good for the league.

“If you’re a season ticket holder for any of our teams, you are also entitled to a free ticket to a home game of any other opponent,” Manias explained. “We think Atlantic City will be an attractive destination for many of those road-tripping fans, especially those from Philly.”

Atlantic City and environs are also an attractive place for the players to live, the Blackjack CEO said. The league offers only one-year contracts, essentially making every player a free agent every year.

“Players have a say in where they want to play and live, and we think many will enjoy being here,” Manias said.

As if all that weren’t enough, the Blackjacks are also a part of a new partnership of the Arena Football and DraftKings to offer a new daily fantasy sports game.  Fans can now submit contest entries to have more of a stake in the games.  Visit www.draftkings.com for more information. 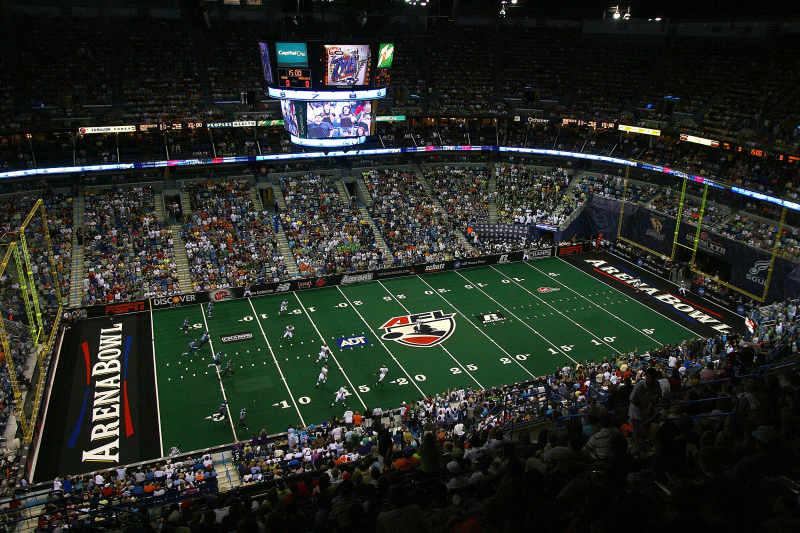 Blackjacks CEO George Manias hopes the team will immediately compete for a playoff berth and possible spot in the championship game, the Arena Bowl.

Arena football differs from the outdoor game in a number of ways.

Not only is the field basically cut in half, each team has seven players on a side, backs can be in motion before the snap and the uprights for field goals are half as wide as the outdoor game. The side boards of the field are in play, among other differences.

But make no mistake, this is hard-hitting, fast-paced football with the emphasis on offense and scoring points.

The league is comprised primarily of former Division I scholarship players with aspirations to make it to the NFL. The AFL provides the opportunity for them to be seen by scouts and compile tape that could get them an invite to an NFL camp.

The most famous example is Kurt Warner, who went from the Arena League to the then-St. Louis Rams starting quarterback job and became a four-time Pro Bowl player, Super Bowl champion and Super Bowl MVP.

Stories like that happen in the Arena League, so why not in Atlantic City?

“All we ask is for people to come out and give us a chance,” Manias said. “With ticket prices as low as $10 you can’t beat it. Then if you come and say you don’t like it, that’s your prerogative.

“We think that we’re going to provide the on-field product, the in-game entertainment with great music and our dance team, the Diamonds, that people are going to want to come back,” he added.