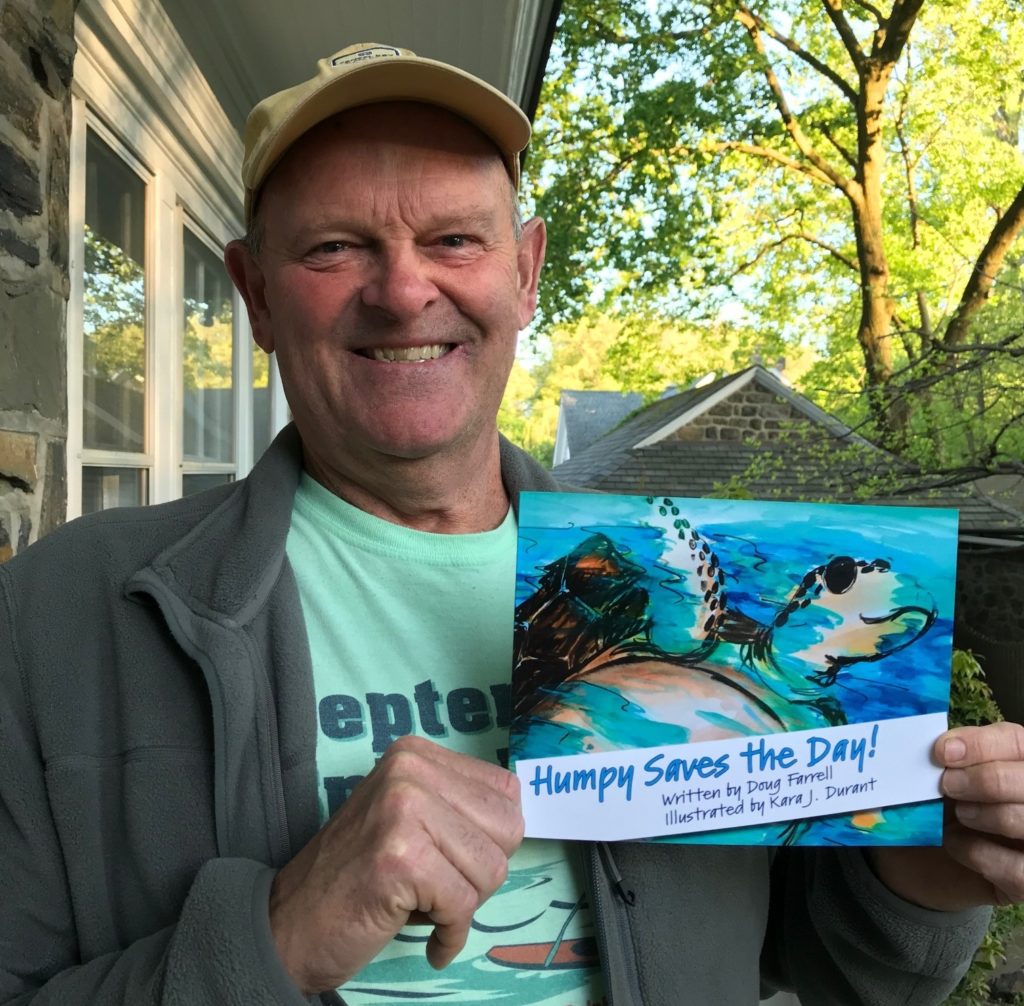 LONGPORT – Beneath the deep blue sea surrounding St. John in the U.S. Virgin Islands lives Humpy, a green sea turtle who is different from the rest. Not only is he different, he possesses superpowers that can show others the way.

Longtime summer resident Doug Farrell, who has made his mark on Longport in other ways, was inspired to write the children’s book, “Humpy Saves the Day,” as a tribute to his grandchildren, his beloved island of St. John’s where he and his wife Kate vacation twice a year, and to teach a lesson to young people that being different is OK and being kind to others is even better.

Farrell, a retired podiatrist who has summered in Longport for 38 years and is living with multiple myeloma, sings at church and community events, swims in the ocean daily under the watchful eye of the Longport Beach Patrol and raises funds in partnership with the Beach Patrol’s Capt. Turner Swim to support families dealing with blood cancer.

But it’s Farrell’s up close and personal relationship with Humpy, an actual real-life sea turtle who lives in the turtle grass area beneath the sea, that inspired the book. While swimming and snorkeling in the crystal blue waters off Hawksnest Beach, he became fascinated with the turtle, who carries on his back a deformed shell.

“I first saw him in 2015,” Farrell said in the living room of the modest cottage on 32nd Avenue that he shares with his wife. “I noticed right away that something was wrong with his shell.”

That got his mind racing and he came up with a tale that would allow his grandchildren – Jack, Maggie, Dougie and Bridgie – to appreciate the magic of marine life and would “nurture the best of their human nature,” he said.

“I’m not a complicated person but seeing this turtle and author’s liberty allowed me to take his deformity and turn it into an asset to teach a life lesson,” he said.

Of course, having that big hump in his shell means Humpy was bullied and shunned by other green turtles most of his life, but his deformity is turned into a positive in the book. That big hump allows his lungs to grow larger than normal and he can stay under water longer than any of the other green turtles – long enough to show a bale of endangered baby turtles the way to the ocean.

“His anatomical assets are his big lungs that allow him to do supernatural things under water,” Farrell said.

It took several years for Farrell to write the book and find an illustrator who would do it justice. 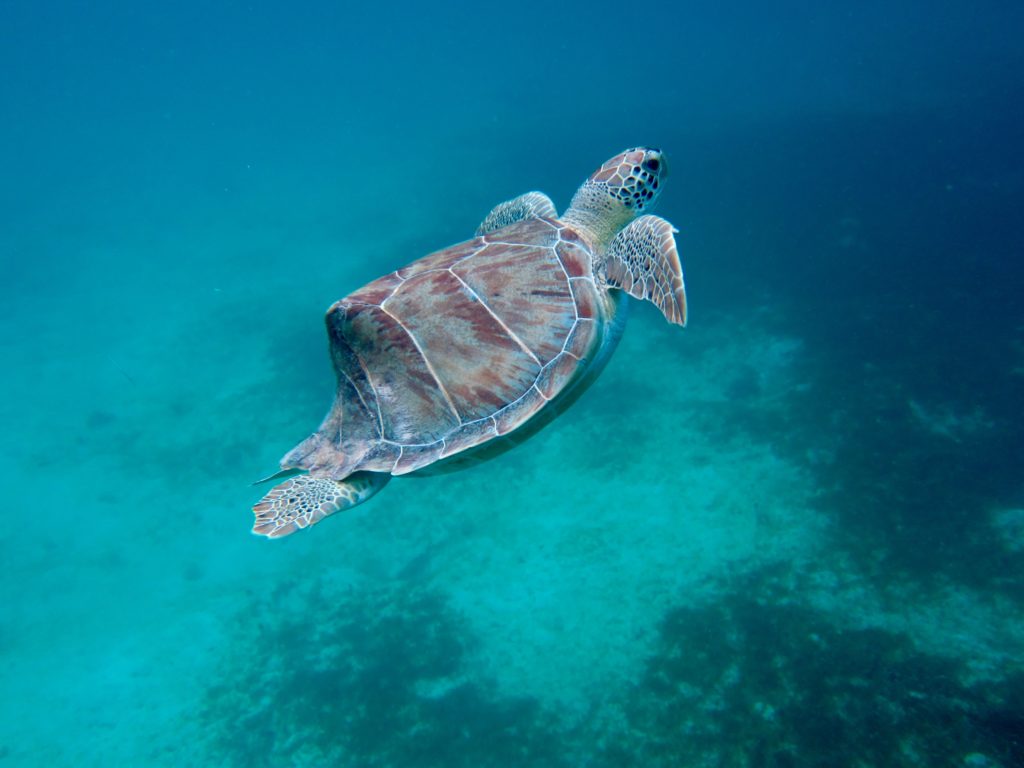 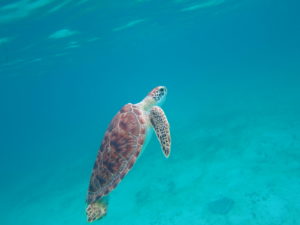 A normal green sea turtle swimming in the cove off Hawksnest Beach.

“I got the idea in 2017 and started putting it on paper. I traveled to St. John several times where I would see Humpy in the water where I was swimming. After I retired, those vacations allowed me the time to think about our four grandchildren, but the reality of writing a book can be overwhelming,” he said.

He said he was not a great writer in school, but he got passionate about this real-life reptile.

His original manuscript was 1,000 words, but he was told that a children’s book should be no longer than 700 word. So, he took an online Writers Digest University course, which “almost stopped me in my tracks,” he said. “I had to make it factually and grammatically correct and rewrite it to make it flow better and have it make sense. I almost gave up.”

The first thing he was told by an editor on first-read was to “lose the name, but I said, ‘No, that’s his name,’” Farrell said.

It took him almost two years to finish the story, he said.

And right there close to home in Pennsylvania at Penn Alexander School, where his son teaches, was Kara J. Durant, an art teacher who had written and illustrated several of her own children’s books.

“She helped to walk me through the publishing process and agreed to do the watercolor paintings for the book. She said she knew it would be a good book,” he said.

Farrell self-published the book and donated the first 100 copies to the non-profit St. John’s Community Foundation, which sold them in the Pink Papaya Gift Shop.

He launched the book at Waldron Mercy Academy, a Catholic grade school in Pennsylvania, where he read the book to every class in pre-kindergarten through fourth grade.

“When the kids started asking questions about Humpy, such as ‘Is he real?’ I knew I hit the mark,” Farrell said. “They loved it.”

Farrell said the book encourages children to be kind to each other despite their differences, and to work and play game together.

To ensure the endearing story would be educational as well, he included a glossery in the back of the book defining some of the terms used in the book, including turtle grass, bale, coral reef and more.

He said he is looking forward to sharing the book locally by kicking off the Longport Public Library’s Summer Writers Series 10:30 a.m. Saturday, June 29.

The book is priced at $15 and is available at http://www.lulu.com/shop/doug-farrell/humpy-saves-the-day/paperback/product-23838283.html 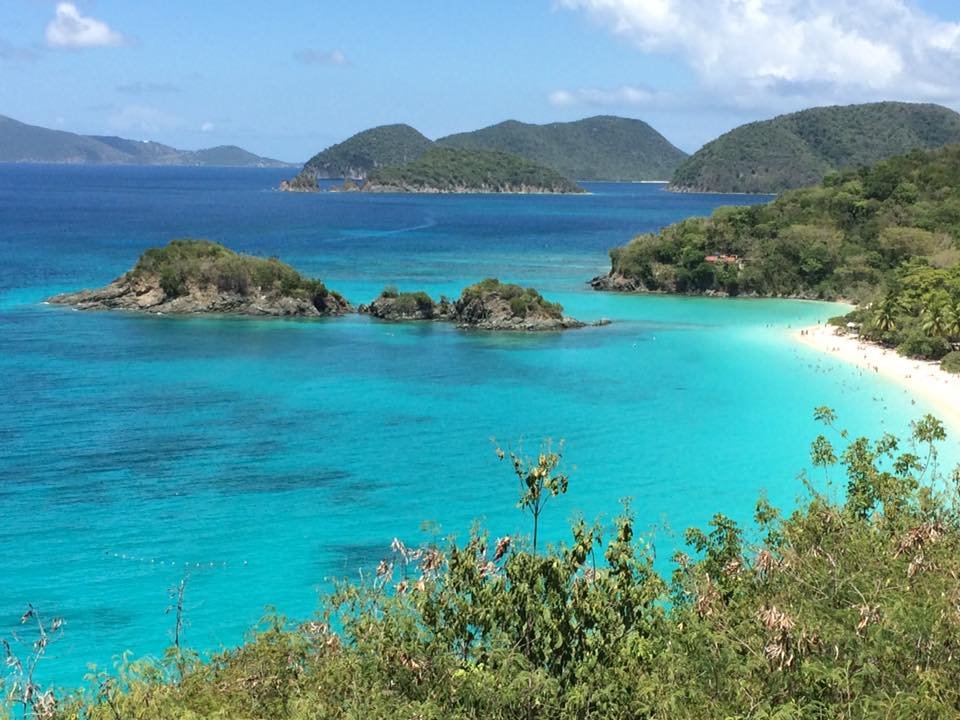