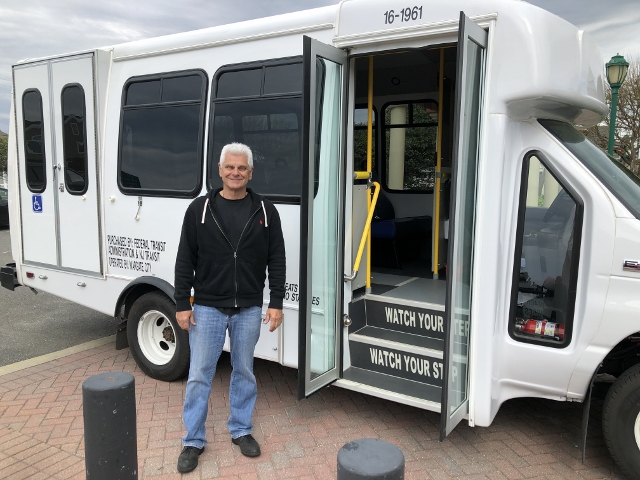 According to Maryann Christian, who directs senior citizens recreational activities at the Bloom Pavilion, 101 S. Huntington Ave., the bus was delivered through an enhanced mobility for seniors partnership between the Federal Transit Administration and NJ Transit program at no cost to the city.

“This one is definitely more reliable,” he said. “The door is much wider and conforms to ADA (Americans with Disabilities Act) requirements, so it’s easier for them to get in and out of the bus.” 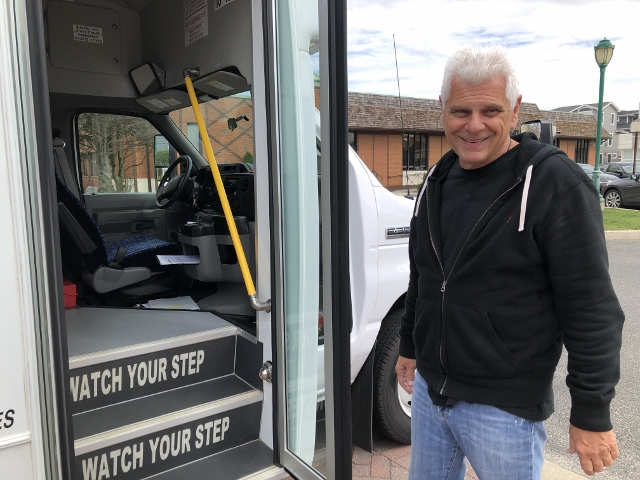 The bus also has a chair lift, he said, which makes it easier for individuals in wheelchairs to get on and off the bus, he said.

Christian said the older bus, which is currently stored at the Public Works yard, will still be used when needed.

“The one parked at the city yard will be used for back up when we take larger groups of seniors to local restaurants,” she said.

The center is planning to take all the seniors on a trip to the Crab Trap in Somers Point before the summer season, Christian said.

The seniors love the new bus, she said.

The bus was delivered two weeks ago and has been used every day, but it is still waiting for new decals identifying it as Margate City’s senior bus. 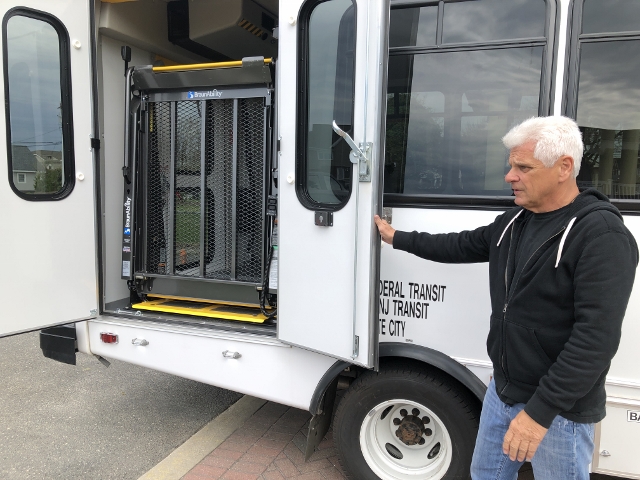 Christian said the bus picks up seniors at their homes and transports them to ShopRite twice a week, Walmart twice a month, and Boscov’s once a month. It schedules eight trips a day to and from the Pavilion between 9 a.m. and noon for various recreational programs, such as chair yoga, exercise class, knitting, card games and other activities.

Although the Bloom Pavilion is not a nutrition site, seniors do attend multiple recreation programs and often bring their own lunch, she said.

“Some come here at 9 a.m. and stay all day. Others come at noon and stay until 4 p.m. We want the younger generation of seniors to come and see what we have to offer,” Christian said.

“We also take them to the doctor’s office, nail salon, Casel’s, the Post Office and City Hall to pay their taxes,” she said. “It’s all scheduled, so the seniors have something to look forward to.”

The city employs three CDL drivers, two of whom are substitutes for Zaccardi.

“It’s going to be parked right here at the Bloom Pavilion where it is under the constant supervision of our security cameras,” Christian said.

Margate Chief Financial Officer Lisa McLaughlin said it is the third bus the city received from the NJ Transit grant program since she has been employed by the city.

“They’ve had one ever since I started working here in 2004,” McLaughlin said. 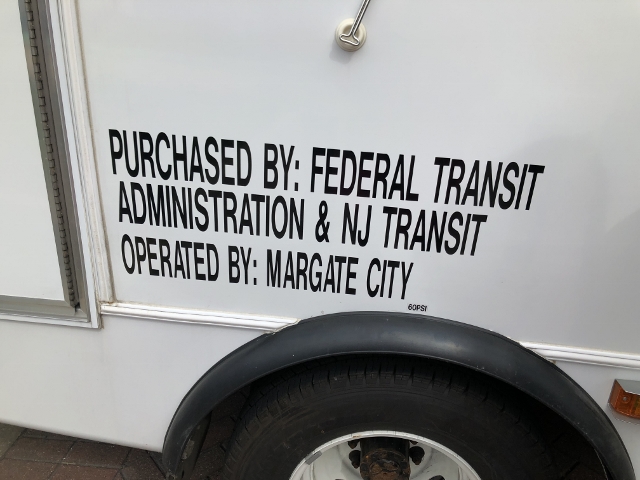 The Ventnor Senior Transportation Service provides rides for Ventnor’s senior residents from 9:30 to 12:30 every weekday. It transports seniors to the bank, beauty salon, market, doctor’s office at locations throughout Absecon Island.

Ventnor City is currently seeking volunteer drivers and dispatchers to work one morning a week taking calls and transporting seniors. No CDL license required for drivers.

Ventnor residents can call 609-823-7994 to schedule service the day before transportation is needed.