Published by Nanette LoBiondo Galloway on May 12, 2019 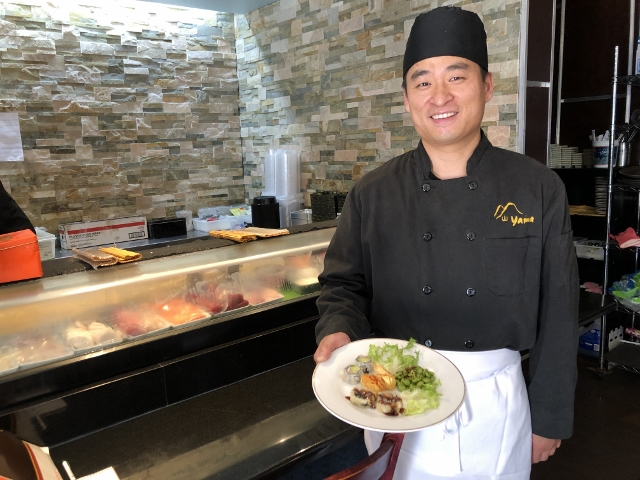 VENTNOR – When diners turn out in droves Sunday, May 19, for the eighth annual Chef’s Night Out, they will be treated to some of the best small plate samplings offered at any foodie event.

The dine-around organized by the Ventnor Beautification Committee to raise money to make Ventnor attractive for residents and visitors, features 19 local eateries sharing some of their signature dishes. 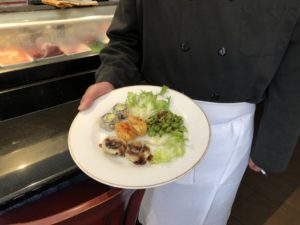 Yama Fusion Japanese restaurant in the up and coming North Beach section, which has been temporarily effected by a streetscape project, will be participating for the fifth year, owner Ken Gao said.

Gao emigrated to New York City in 1999 but found his way to Ventnor about 15 years ago when he took over Yama sushi.

On Sunday, he will share his specialties, which are some of the most popular rolls on the menu – tempura-style spicy tuna roll, California roll, a creamy cheesy fried wonton and edamame.

Gao said offering samplings of some of his priciest offerings during the event has paid off for his restaurant.

“Most people who come to the event wind up being steady customers,” Gao said. “When you serve sushi, you cannot compromise on quality. You can’t downgrade fish.”

This year, he wants to make sure people know the popular sushi restaurant located on the corner of Atlantic and Victoria avenues is open during the streetscape project, which city officials say will continue on his side of the street until about June 15. The other side of Atlantic Avenue will be completed in fall. 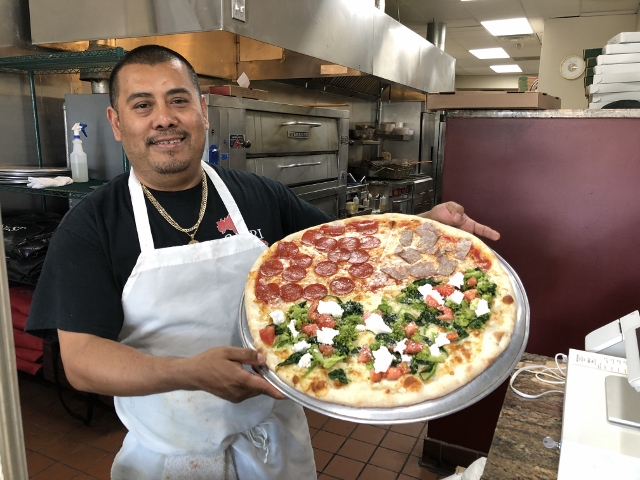 A few blocks away on Dorset Avenue, two restaurants will be offering their Italian specialties – one is a casual pizza restaurant, the other a fine dining BYOB restaurant. 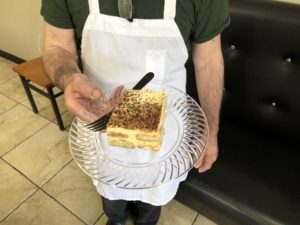 Many area locals may remember the delicious pizza sold at the Capri restaurant in the Shore Mall. Well Rick Rosetti, who lives in Ventnor, closed that location and opened Capri two years ago at the site of the old Verizon store at 311 N. Dorset Ave., with Chef Anthony Detri in the kitchen. There’s another Capri Pizza on Tilton Road that’s operated by Rosetti’s buddy, Rocco Juliano, he said. 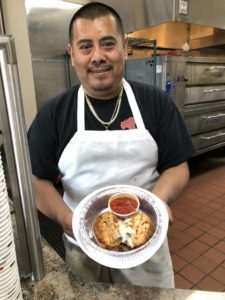 entrees include stuffed pasta along with traditional Parmesan dishes.

On Sunday, he will offer tastings of plain pie, his specialty chicken Caesar pizza, a miniature version of his oversized arancini – a meal in itself – and a delectable dessert – the famed tiamisu, made in-house with rum and ladyfingers dipped in coffee.

On Friday, Father Mark Matthias, who recently took up residence at Holy Trinity Parish’s Epiphany Church in Longport, stopped by for a slice.

“I heard good things about this place and thought I’d stop by to check it out,” he said. 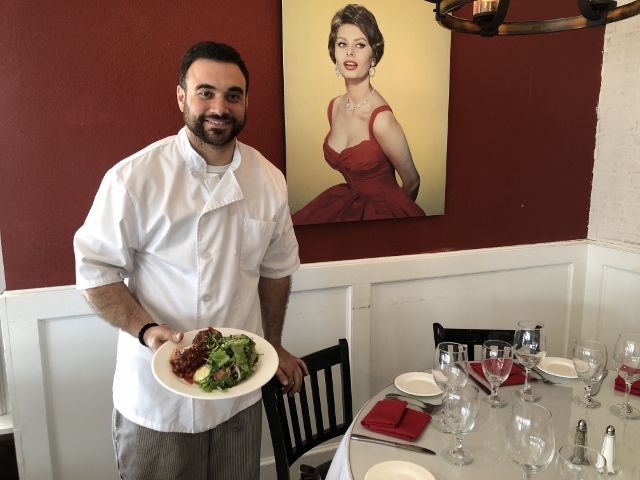 A block-and-a-half away from Capri, Chef Vincent Gatta of the Red Room Café, which is introducing its summertime menu, was busy prepping for the Friday night crowd. He took the time to prepare a menu offering served at most Italian tables during Sunday afternoon dinners, which he labeled meatball salad. 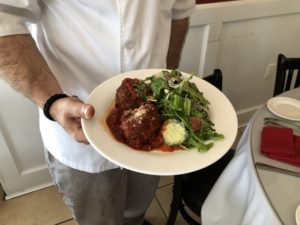 Meatball salad is a staple at Italian Sunday dinners.

Chef Vincent’s mother Maria Gatta explained that Italians eat from one plate during Sunday dinners. First comes the pasta, then you eat the meat dish with salad on the side, she said.

“The combination is memorable,” she said. “When you grow up eating like that, it stays with you for life.”

On Sunday, Red Room will serve ricotta polenta cake, which is fried, with a small meatball in red sauce on top – or is that gravy? – and a mini-rice ball with a blush crème sauce.

The Gattas, with dad Jack making most of the homemade pastas, have been cooking at the Red Room for the last eight years.

“We were on board with the Chef’s Night Out from day one,” Maria Gatta said. “We’re part of the original crowd.” 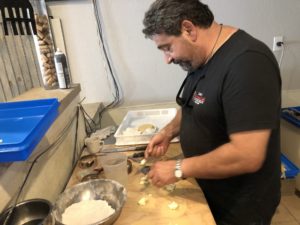 The event has been held every year except in 2012. That was the year of Hurricane Sandy, and the restaurants were still bailing out, organizer Shelley D’Orazio said.

“We couldn’t put that kind of pressure on the restaurant owners who were still recovering,” she said.

In addition to delightful food offerings, participants can shop some of the artists’ tables and listen to music performed by local musicians. Some outlets will provide dining al fresco, and others will feature sit-down dining inside.

Only 275 tickets will be sold in advance and can be picked up at 3-4 p.m. Sunday, May 19 at Ventnor City Hall, 6201 Atlantic Ave. Diners will be directed in groups of 25 to different areas of the city to prevent congestion at each location. 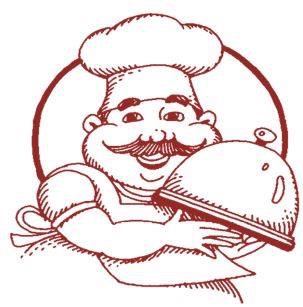