Published by Nanette LoBiondo Galloway on May 13, 2019 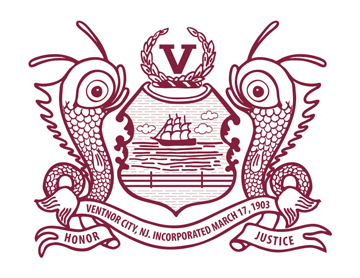 VENTNOR – The Board of Commissioners held a public hearing and voted to approve its 2019 municipal budget with a 5-cents tax rate decrease. No one spoke for or against the budget during the public hearing.

City auditor Leon Costello of Ford-Scott Associates of Ocean City offered a brief synopsis of the $31.3 million budget, which includes raising $22,698,285 of it through taxation.

The city will use $2.6 million in surplus funds to balance the budget but maintains more than $2 million in reserve.

The local purpose tax rate is decreasing two-tenths of a cent to $1.119 per $100 of assessed valuation.

According to a summary of tax rates charged to Ventnor property owners, the school tax rate is reduced 4.12%, school debt service tax is reduced .93%, the municipal tax is reduced .18%, and an estimate of the Atlantic County tax levies, which include county, library, health and open space taxes, will be reduced by 1.41%.

According to Public Works Supervisor Ed Stinson, Rubbercycle, LLC of Lakewood was awarded a $274,532 contract to replace the Playsafe rubber surface at C-Sure playground. But before the protective surface is installed, the contractor will install a drainage system to help protect the surface.

MRC, Inc. of Spring Lake was awarded a $130,825 contract to install new Gametime playground equipment at Fireman’s Park Playground, the playground behind the Ventnor library building and at Titus Field.

The projects are being funded through a bond issued in November 2017, and purchased through the state’s Cooperative Purchasing Program, which allows municipalities to award contracts without competitive bidding to pre-approved vendors.

The applicant requesting variances and site plan approvals for a mixed-use development at a vacant lot on Ventnor Avenue has asked the Planning Board to adjourn a previously scheduled hearing to allow the developer to address parking concerns.

Tim Kelly of Bellmawr Holdings, LLC, who has proposed a mixed-use development containing five commercial units with five, two-story residences above, attended the May 8 Planning Board meeting, but asked the board to delay hearing the application until the July 10 meeting. Attorney Colin Bell said Kelly would like time to revise the site plan to allow some on-site parking for the development’s residential component.

Bellmawr Holdings is seeking a use variance because residential is not a permitted use in the commercial zone. Other variances are requested for lot coverage, side yard setbacks and landscaping.

Current regulations require two parking spots for each residential unit, and one parking space for every 200 square feet of commercial space, for a total of 42 spaces.  Kelly was proposing no on-site parking.

“We saw the concerns the city engineer had and will redesign the project to put in some additional parking to suit the area,” Bell said.

The applicant then met in the caucus room outside Commission chambers to discuss plans with local residents who attended the meeting to object to the plan.

The city has advertised for proposals for a private company to rent kayaks, paddle boards and related safety equipment at Ski Beach, the Dorset Avenue bayfront park located at Burke Avenue. Sealed proposals from qualified applicants are due to the City Clerk’s Office 11 a.m. Tuesday, June 4.

Written proposals must include information about operations, storage unit requirements and a safety plan, along with the monthly rental fee. If training is offered, the applicant must show they have the skills required to train others. The successful vendor must carry accident and liability insurance and hold the city harmless.

City will award a one-year contract with the option to renew for two, one-year periods. The concession can operate 9 a.m. to 6 p.m. for a minimum of five days a week between Memorial Day and Labor Day and 9 a.m. to 5 p.m. weekends in September and October.

Applicants will be evaluated according to a pre-approved matrix, which awards 35 points for operation and programming, 35 points for revenue generated for the city, 25 points for qualifications and experience, and five points for indemnification and insurance. 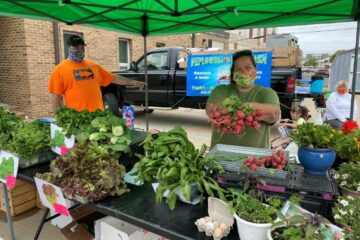