Atlantic County to honor its fallen veterans, Friday, May 24 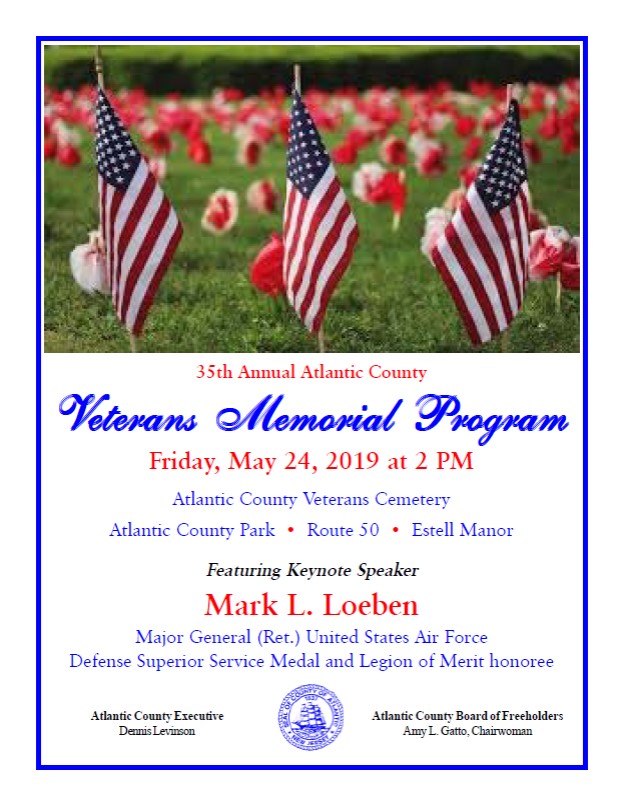 ESTELL MANOR – Atlantic County will honor the sacrifice and service of its fallen military veterans 2 p.m. Friday, May 24 during the 35th annual Veterans Memorial Program to be held at the Atlantic County Veterans Cemetery located in the county park on Route 50.

“For 35 years Atlantic County has started the Memorial Day weekend with a solemn tribute to our fallen veterans. Let us never forgot the real reason for this holiday,” Atlantic County Executive Dennis Levinson said. “We would not be able to enjoy the picnics and barbeques, parades and gatherings with friends and family, if not for those who have bravely served to protect our country and our freedoms.”

During his 31 years of military service, Loeben held several positions as a senior officer, pilot, senior staff member and commander. He transitioned to the Air Force Reserve in 1999, but was recalled to active duty in 2013 to serve on the staff at Headquarters, U.S. European Command in Stuttgart, Germany, where he directed all joint military exercises in Europe. Loeben has earned numerous military awards including the Defense Superior Service Medal, Legion of Merit, Meritorious Service Medal, Air Medal, Aerial Achievement Medal and Joint Service Commendation Medal, among others.

Loeben is a graduate of George Washington University in Washington, D.C., and holds a master’s degree in international relations from Syracuse University. He is currently an airline pilot with American Airlines, based in Philadelphia.

In preparation for the May 24 ceremony, several local Scout troops will place American flags at more than 5,000 grave sites Wednesday, May 22 (rain date,Thursday, May 23).  Scouts who perform this task on at least two of three annual occasions are eligible to receive the Atlantic County Patriotism patch in recognition of their service to veterans.

The Atlantic County Veterans Cemetery was officially dedicated in May 1985 to provide a final resting place for military veterans and their spouses. The cemetery was expanded in 2014 to accommodate an additional 650 plots with more property set aside for future expansion. 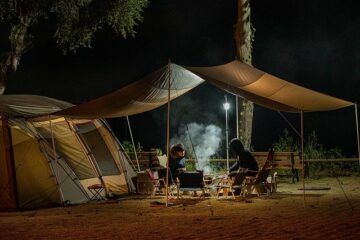