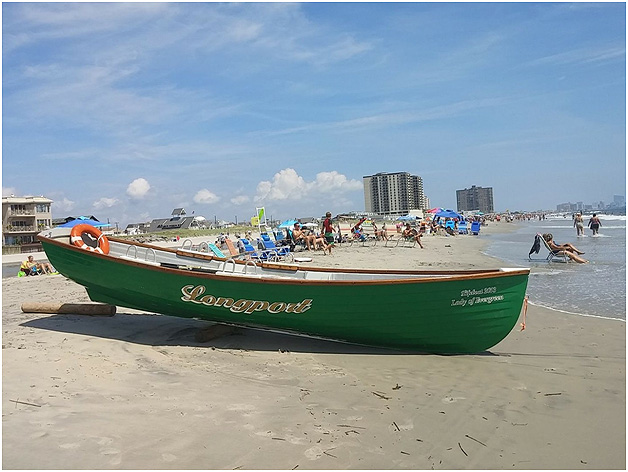 LONGPORT – The Board of Commissioners introduced two new ordinances Wednesday, May 15 that will allow the Public Works Department to start getting the beach in shape for Memorial Day weekend.

The ordinances were a requirement for the borough to receive a beach maintenance permit from the NJ Department of Environmental Protection following the installation of the protective sand dune across all of Absecon Island. Longport held off cleaning the beach because a previously issued maintenance permit, which pre-dated dune construction, was no longer in effect.

According to Solicitor Pacifico “Pat” Agnellini, the borough should carefully word bayfront access signage because accessing the bay could be dangerous in most spots.

“We have to be careful with language because most of the access points are only visual access points. If you hopped over bulkhead at the bay, the current is moving there, and you could get swept away. We want to make sure people know it’s not a swimming access point,” he said.

Ordinance 2019-11 will require the borough to provide the State of New Jersey with a deed of dedication and a perpetual access easement for public access points. The easement would forever prevent the borough from vacating street ends for the benefit of beachfront or bayfront property owners or to get private property owners to replace street end bulkheads.

Agnellini said he eliminated a clause allowing the state to “assign” the easement right to another government entity.

“I object to it,” Commissioner James Leeds said. “It is taking rights away from citizens who live here. They have rights too and adjacent landowners might have a different idea.”

Leeds said he would be curious to see what’s being done in other North Jersey beachfront communities.

Agnellini explained that Gov. Phil Murphy recently signed legislation that gives the DEP oversight of the public’s right to access tidal waters for fishing and recreation in all New Jersey beachfront communities, which was previously done through the DEP’s rule making process, he said.

“Through their rule-making process, the DEP was basically legislating. The law grants the DEP the right and obligation to do what they were doing,” he said.

The law now gives the DEP the authority to assess the amount of public access municipalities provide before issuing beach maintenance permits.

The borough previously submitted a Beach Access Plan to the DEP, and provided updated information requested by the DEP. Introducing the ordinances should satisfy DEP’s access requirements and allow the borough to start maintaining the beach in time for summer crowds.

A public hearing and vote on adoption will be held 4:30 p.m. Wednesday, June 5.

In other business, the board held a public hearing and voted to approve two bond ordinances appropriating $3.7 million for various capital projects.

A $2,140,500 bond will finance the installation of a new well, wellhouse and sewer main replacements, including the cost of engineering, surveying, construction planning, permits, plans and specifications, bidding documents, along with construction inspections and administration. The borough will use $60,000 to purchase a water and sewer jet. The bond will be paid back over 36.69 years.

A second capital bond ordinance appropriates $1,625,000 for various capital improvements, including repairs to roads, public buildings, the Public Works building, recreation areas, and to purchase fire equipment, rescue boat lift, adapters for fire hydrants and floor coating. The bond will also pay for a pick-up truck, signs, barricades and other equipment for the Police Department, and radio headsets, rescue boards and stands for the Beach Patrol. The bond will be paid back over 13.2 years and includes a $82,000 cash down payment from the borough’s capital improvement fund. 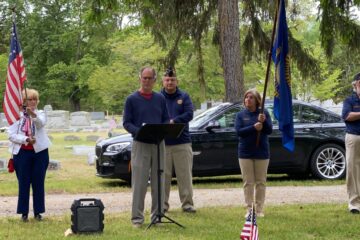 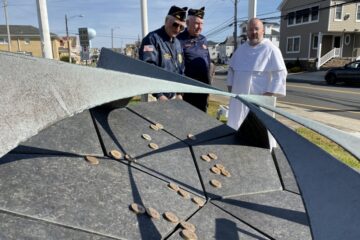