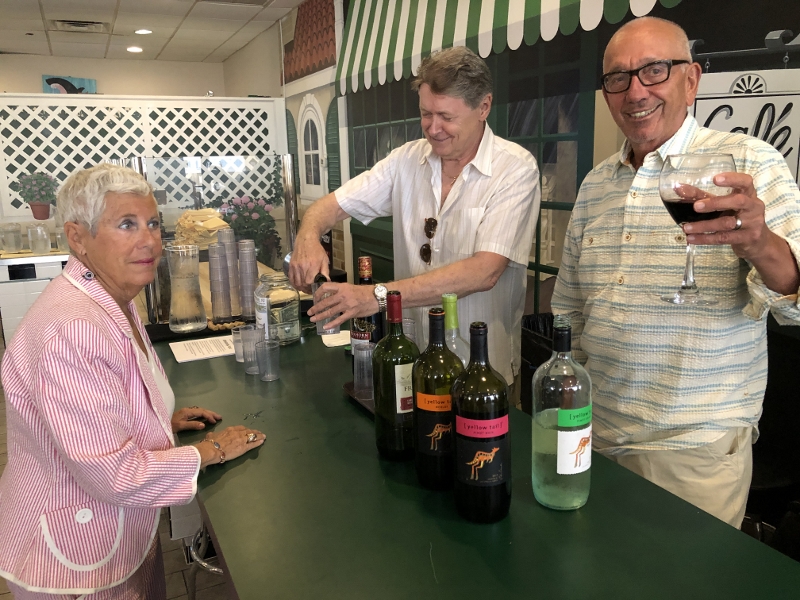 VENTNOR – The residents of the North Beach section of the city enjoyed their ninth annual Meet and Greet held at Tutto Fresco restaurant at 5000 Boardwalk Saturday, June 8. More than 100 summer and year-round residents attended the event to hear Renata Tayor speak about the work of the Community FoodBank of New Jersey Southern Branch, which feeds “the hungriest children in New Jersey,” Taylor said. 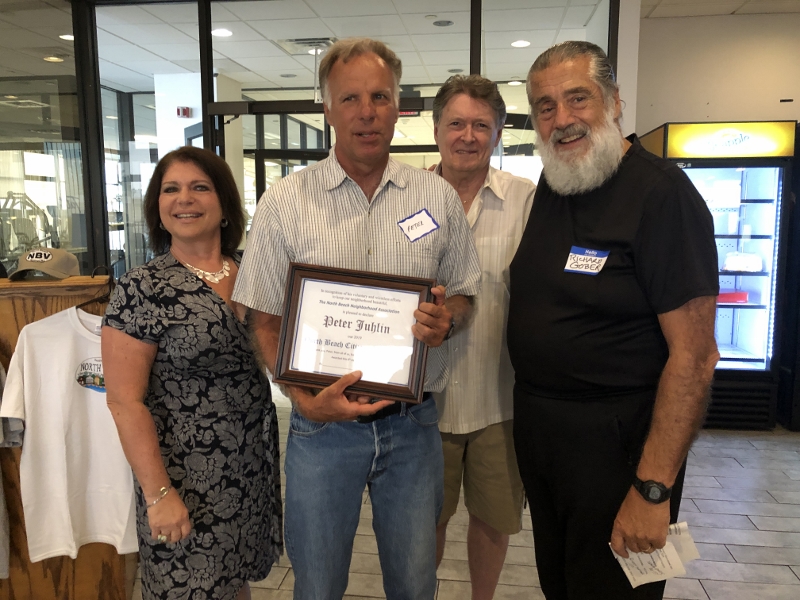 Peter Juhlin was named the first-ever North Beach Citizen of the Year.

Resident Peter Juhlin was presented with the organization’s first-ever Citizen of the Year award. Juhlin received the award for his efforts to rid neighborhood streets of litter.

“I started picking up trash on my street and it only took a few minutes, so I branched out to other streets in North Beach,” he said, expressing dismay that the city suspends street-sweeping side streets during the summer months due to parking congestion.

The organization also awarded its second annual college scholarship to Atlantic City High School senior Mohammad Arsalan, who is headed to Atlantic Cape Community College in the fall. The $2,000 scholarship will help Arsalan pursue a degree in marketing and business with a goal to work in the medical field, Arsalan said. 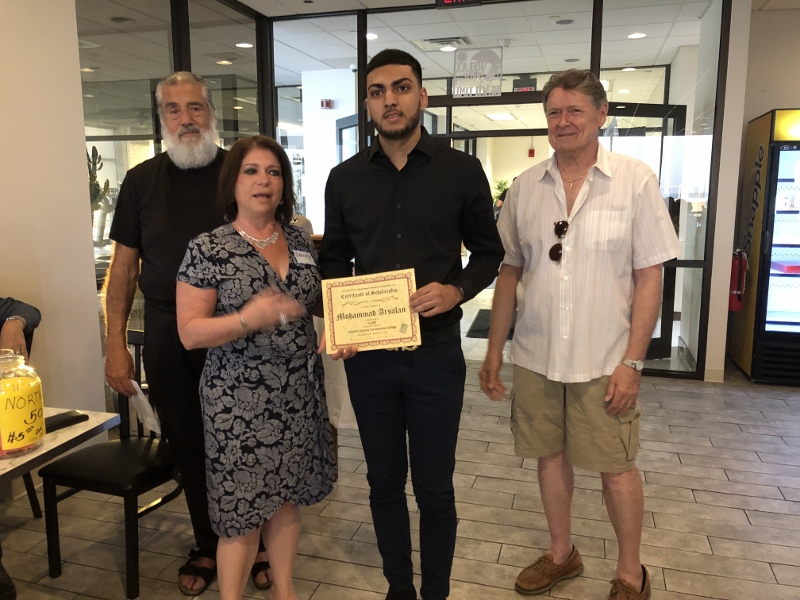 Mohammad Arsalan was the recipient of a $2,000 scholarship awarded by the North Beach Residents Association.

“I will go to Atlantic Cape for two years, then transfer to a local university. I’m considering Rutgers, Rowan, Stockton or perhaps Drexel University,” he said.

Last year’s recipient was Julian Monslave, who used the funds to cover the cost of textbooks and expenses at Stockton University during his freshman and sophomore years.

Association President Richard Gober spoke about the success of the organization, which has grown over the years.

“When I first moved to Ventnor, the realtors said whatever you do don’t go north of Dorset Avenue. Now, everyone wants to be here,” he said.

He mentioned ongoing construction projects that will further revitalize the neighborhood in the coming months and years, including rehabilitation of the old Ventnor Twin movie theater into a modern multiplex with a burger restaurant above, and the North Beach streetscape project currently under construction on Atlantic Avenue.

He also recognized Shelly D’Orazio of the Ventnor Beautification Committee for her work organizing the Chef’s Night Out event, a sold-out dine-around event held May 19 that raised $11,300 for beautification projects in the city.

Residents gave her a hearty round of applause after hearing Taylor tell her personal story about being a 34-year-old divorced mother raising two girls when she lived in Sussex County.

“At the FoodBank, we feed the hungriest children in New Jersey. At one time, I was one of those people,” she said.

Barely hanging on financially, Taylor depended on food banks and social services agencies to survive. She was able to secure free tuition to her local community and while working to obtain her degree, was offered a job as a development associate at Centenary University.

“That changed the course of my life and changed the lives of my children, who are both college graduates and successful in their careers,” she said. “Philanthropy is not charity. It’s an investment in the lives of others.” 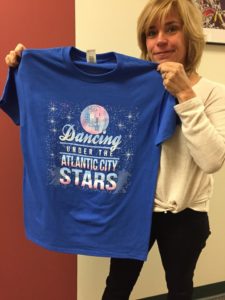 Taylor said the FoodBank’s South Jersey Branch, which serves families and individuals in Atlantic, Cape May and Cumberland counties, is 94% volunteer driven, and many of the volunteers are former clients return to “pay it forward.”

The food bank building, which is located on the Black Horse Pike in Egg Harbor Township, distributes one million pounds of food to 250 partner agencies and local food pantries each year.

She thanked the many donors who ensure the food bank can continue to provide food to the hungry, not only during the holidays, but also in summer when children are not able to take advantage of school nutrition programs.

A new major fundraiser, Dancing Under the Atlantic City Stars, raised more than $425,000 for the FoodBank, she said.

Cookie Till, owner of Steve & Cookies By the Bay in Margate and No. 7311 bakery in Ventnor, took home the largest mirror ball trophy for her dance moves and fundraising efforts at the inaugural event held Nov. 3, 2018 at Hard Rock Hotel Casino.

“This year, every casino has pledged support for the event, and there are people literally knocking on my door wanting to dance,” she said. “These are your neighbors, this is your community.”

The financial support from the community allowed the FoodBank to change the way it delivers food to those who need it.

“We have a mini-supermarket and clients browse the isles selecting the food they want using a shopping cart,” she said. “It’s a restoration of human dignity. The food bank does not create return clients and many of them pay it forward during their lifetime.”

Taylor said that for every dollar donated, the food bank can purchase $8 worth of food and serve up to three meals to a hungry child.

For information about the FoodBank, see www.cfbnj.com.