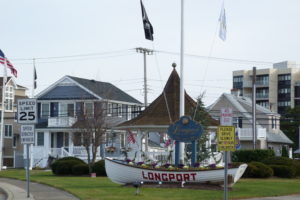 Clayton and Mayor Nicholas Russo met with firefighters and EMTs to review the EMS duty crew program and decided it is improving response times for emergencies and has eliminated the need for mutual aid from other communities during the evening shift, 8 p.m. to 6 a.m.

Russo said the 100-day trial program was started because there were missed emergency services calls when volunteers were not available to respond. In those instances, the Margate Fire Department responded to the medical emergencies under a mutual aid agreement as required by state statues.

The borough budgeted $25,000 for the program. The Fire Department contributed $10,000 and the management of a low-rise condominium complex donated $2,500 to fund the stipends on a trial basis.

The stipend program was implemented from May 24 to Sept. 2 following a report from Stockton University on recruiting and retention of firefighters and EMTs. The department, which has been in existence since 1912, has about 35 firefighters on its rolls, but the few active members who respond most frequently are older, Clayton said previously. Many members live in other Downbeach communities or the Mainland area.

“It’s working out well,” Clayton said. “Ninety-five percent of the nights have been covered by two personnel.”

Clayton said there is enough money left in the account to extend the program to the end of September.

“We want to go to Sept. 31, so we are assured to get out to emergencies,” Clayton said.

When it was first implemented, Russo said the program would be evaluated to determine if it should be reinstated for summer 2020, or if the borough should seek other options, such as asking Margate, which has a fully paid staff, to once again cover emergency medical services under a shared-services agreement.

In other business, the Board of Commissioners pulled a resolution from the agenda authorizing a professional services contract for Kyle and McManus Associates of Hopewell Township to conduct a vacant land analysis and issue a report for a total cost of $3,000.

According to Solicitor Pacifico “Pat” Agnellini, more information is needed from the contractor. The analysis is needed to prevent potential litigation from developers seeking to build low income housing.

Agnellini said the Council on Affordable Housing, COAH, has set the minimum number of affordable housing units Longport should have, but the borough has not acted on it, which could open the borough up to a builders remedy lawsuit.

One way to protect the borough is to have the study done to show there is no land available for new housing, he said.

He said the resolution would be voted on at a future meeting. 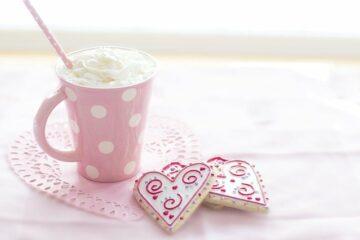 LONGPORT – The borough will host its annual Valentine’s Day social luncheon at noon Wednesday, Feb. 12 at Totoro Hall at Church of the Epiphany, 29th and Ventnor avenues. The senior luncheon is being sponsored Read more…