Some Margate taxpayers not sold on building a boardwalk 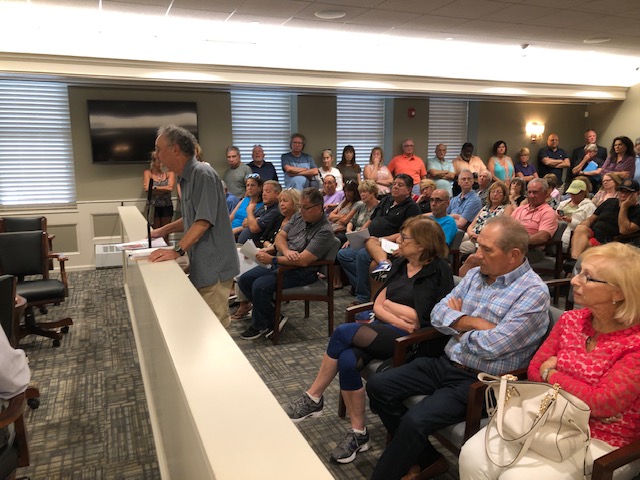 MARGATE – The Boardwalk Committee that formed last year presented its study, “A Margate Boardwalk for the 21st Century,” to the Board of Commissioners Thursday, Aug. 15 amid an overflow crowd of supporters and detractors. Although there were numerous supporters who spoke favorably at the meeting, it became obvious that certain Margate taxpayers are not sold on the idea.

Although the boardwalk proposal was not on the board’s agenda, about 150 people showed up for the meeting, which was held at Historic City Hall. The room holds about 108 people, but the crowd flowed into the hallway outside the meeting room, where several people shouted that they could not hear what was happening in the room.

During the public comment portion of the meeting, Boardwalk Committee President Glenn Klotz presented the report “for the record,” along with 613 signatures on a petition asking the commission to conduct a poll of taxpayers to determine if the proposal should move to the next step.

Several members of the committee presented the benefits of building the citywide boardwalk on the landward side of the newly built sand dune, which they say divided the beach and left a dead space between the dune and the bulkhead.

The committee presented three scenarios: build a scaled down version of the boardwalk, one that resembles the Ventnor boardwalk, or a “uniquely Margate” boardwalk that’s wider to accommodate a bike lane and has pavilions and showers. Costs range from $14 million for the basic model to $24 million for the preferred style, the report states.

Klotz said he followed recommendations made by two commissioners last year when the idea was first proposed. According to Klotz, the idea of writing a report and getting at least 500 signatures on a petition came from Commissioner Maury Blumberg, who Klotz said signed the petition. Commissioner John Amodeo suggested a poll be taken of all taxpayers.

Because only the board can put a referendum up for a vote in the commission form of government, Klotz asked that the city conduct a poll of the taxpayers first, before approving a referendum for the voters. 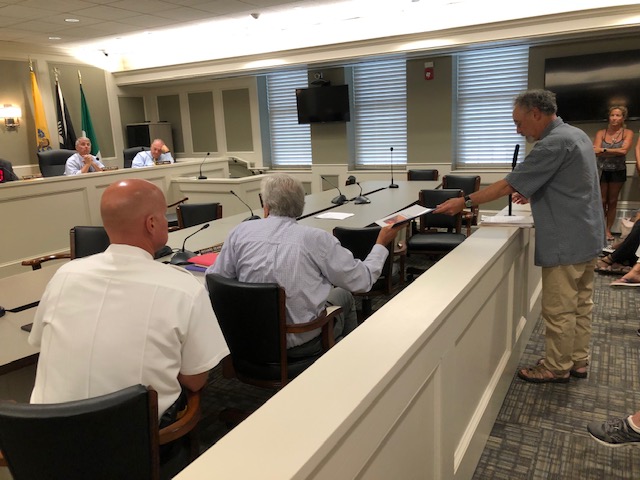 Glenn Klotz submits a report, “A Margate Boardwalk for the 21st Century,” to the Margate Board of Commissioners.

Several committee members touted the benefits of the boardwalk, such as improving access to the beach for senior citizens and the handicapped who have problems getting over the nearly 13-foot high dune, and improving safety for pedestrians and bicyclists by getting them off Atlantic Avenue, which is congested during the summer months.

Committee member Stefanie Bloch presented the board with a letter from Stockton University Professor Melissa Levy, who conducted a site survey and concluded the boardwalk would “not increase crime in this town one iota,” and that it could improve safety for beachfront homeowners through “informal and informal surveillance” by the public and police, Bloch said.

Ken Davidson said the city’s want of a boardwalk has turned into a need for it, mainly to improve accessibility and safety in the burgeoning community.

However, as other residents rose to get their 3 minutes to speak on the issue, it became obvious that many in the room were not in favor of having their taxes raised an average of $150 a year to pay for it.

Oceanfront property owner Beth Turchi said she has concerns about her privacy and security. Also, she said it was not fair for the committee to use the average property value of $537,000 to promote the costs to taxpayers, while oceanfront and beach block homeowners have property values as high as $5 million and would pay much more.

“The homes on the beach that do not vote here pay a exorbitantly disproportionate share of taxes to the city,” she said, urging the commissioners to be sure to include beachfront homeowners in any poll that may be conducted.

Real estate salesperson Linda Novelli said the main reason people buy in Margate is because of its low taxes. If a boardwalk devalues beach block and oceanfront properties, the rest of the taxpayers will suffer, she said.

“We are a unique town without a boardwalk,” she said. “It’s a nice, quiet, sleepy town, and I’m advocating that we keep it that way.”

Mark Rubin called it “an ill-conceived project,” that would add increased costs for police protection, boardwalk repairs, utilities, maintenance and “a myriad of other problems” that could “bankrupt the city.”

“When the beach block gets devalued, the only way to maintain your goods and services is to raise your tax rate,” she said. “So be very careful when you go down this slippery slope, because all the houses in Margate will be devalued, but particularly the ones who are paying the bulk of the taxes.”

Steve Woerner of the Margate Concerned Citizens Group estimated the city would need a $20 million bond to pay for the boardwalk, which would add 4 cents to the tax rate or about $40 per $100,000 of assessed valuation.

“Everyone wants it, but who wants to pay for it?” he said.

He recommended the city obtain “accurate” costs and inform residents of a proposed tax rate increase based on $100,000 of assessed valuation so a property owner would know how much it would cost them.

And Dan Gottlieb, who helped to lead residents against the dunes project, said beachfront homeowners would likely file lawsuits to stop it and that the cost of defending the lawsuits could be “exorbitant.”

“If funds are going to be expended, they should be expended in a way that protects our city and not gives us a luxury item,” he said. “We have to shore up our city from flooding before we create additional luxury or recreational projects,” he said.

Mayor Michael Becker said he thought the committee did a thorough presentation, but it’s too soon to tell where it will go.

“I’m not adverse to verifying the information they presented and discussing it further with the other commissioners,” he said in a telephone interview Friday evening.

Although there were many who spoke against the proposal at the meeting, Becker said the commissioners should not go by that alone. He said there are many more people with opinions who did not attend the meeting who should have their say before any decision is made.

Amodeo said he would like the city’s professionals to review the information and make their own recommendations before deciding to move forward with a poll.

“The engineers should look at it and we should have our chief financial officer look at the financial end of bonding for a boardwalk,” Amodeo said Monday morning. “There are more things to consider, such as street-end ramps that need to be built to access the boardwalk that could block driveways of beachfront property owners.”

Amodeo said it could cost as much as $6,000 to get a pre-application meeting with the NJ Department of Environmental Protection on the feasibility of building a boardwalk. He also said that with his background in construction, he knows it would take as long as two years to build.

“Do we want our summers disturbed for two more years?” he said.

More information is needed from police and city professionals before the commissioners can make a decision on the next phase, he said.

“I’m not going to say if I’m for it or against it without knowing more,” he said. “When we obtain more information, we can then have public discussions about it.” 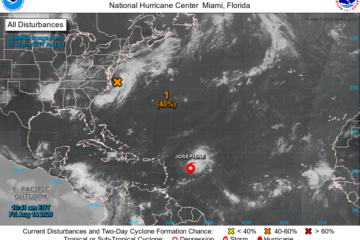 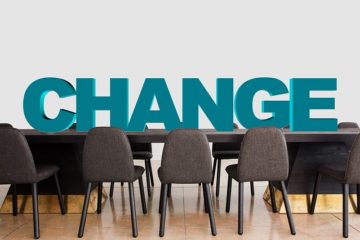