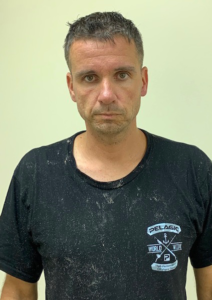 LONGPORT – A police investigation led to the arrest of a suspected thief who was operational in three Downbeach communities, according to a release from the Longport Police Department.

Officers Dean Tibbitt and Joshua Sikoryak located a male matching the description provided, who attempted to evade them between the homes and landscape of this area.  A search ensued and Brian V. Cochrane, 40, of Egg Harbor Township was found hiding within a void of the rock wall on Point Drive. The officers also found numerous items in his possession.

Cochrane was taken into custody for obstruction of justice. It it was soon discovered that there were numerous victims all along the Downbeach area.  Based on the statements and evidence collected, Cochrane was subsequently charged two counts of burglary, theft of moveable property, four counts of theft from a motor vehicle and five counts of receiving stolen property.

Cochrane’s arrest resulted in additional charges from the Margate and Ventnor police departments.

Burgan said the Longport Police Department is asking anyone from the Downbeach area who believes they were a victim of a motor vehicle burglary during this approximate time period, to contact Officers Tibbitt, Sikoryak or Maiorano for further information regarding the recovered property in the department’s possession. 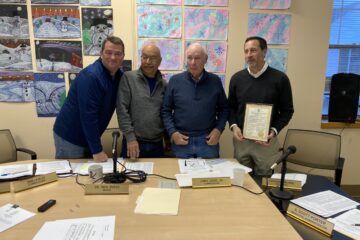