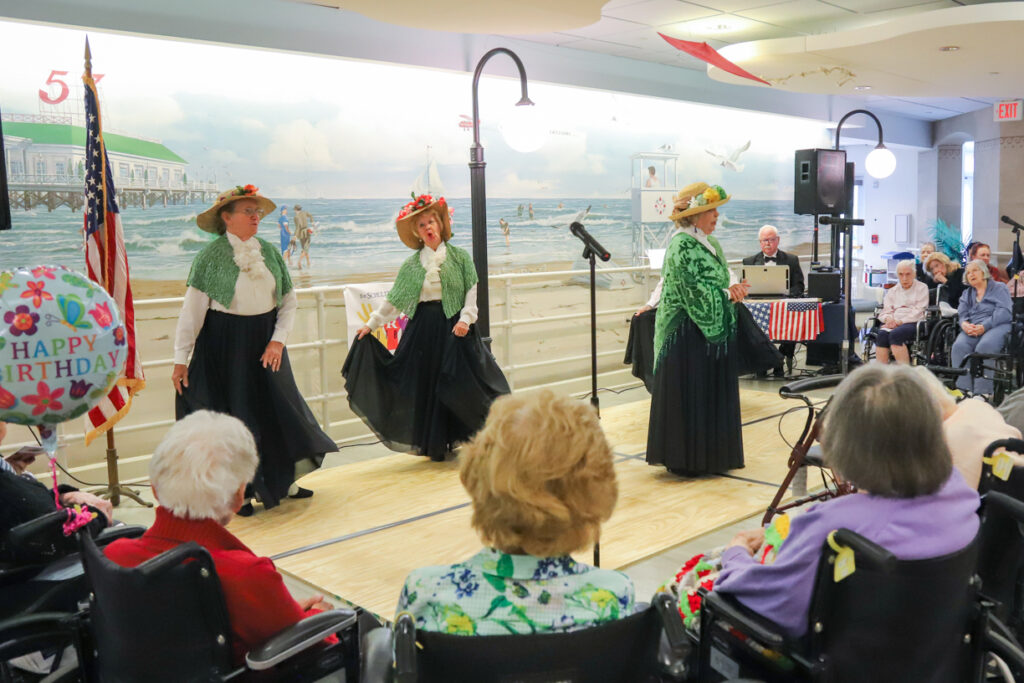 The performance covered the period from the 1870s to the 1930s, with songs from each era.

GALLOWAY – A group of residents and visitors to Seashore Gardens Living Center were treated to an enjoyable afternoon of Vaudeville Thursday, Sept. 12.

The show, titled, “The Golden Era of Vaudeville,” was presented by the Starlite Steppers, a group of seniors based in Cape May County. The troupe’s dancers, singers and banjo- and ukulele-playing vocalist had residents singing along to such oldies as “Tea For Two,” “Ain’t We Got Fun,” and favorites by Irving Berlin and George M. Cohan.

The event was the third concert in the 2019 Music & Memories Series sponsored by Atlantic City’s Schultz-Hill Foundation and OceanFirst bank. The series is designed to bring the arts to seniors in the community. 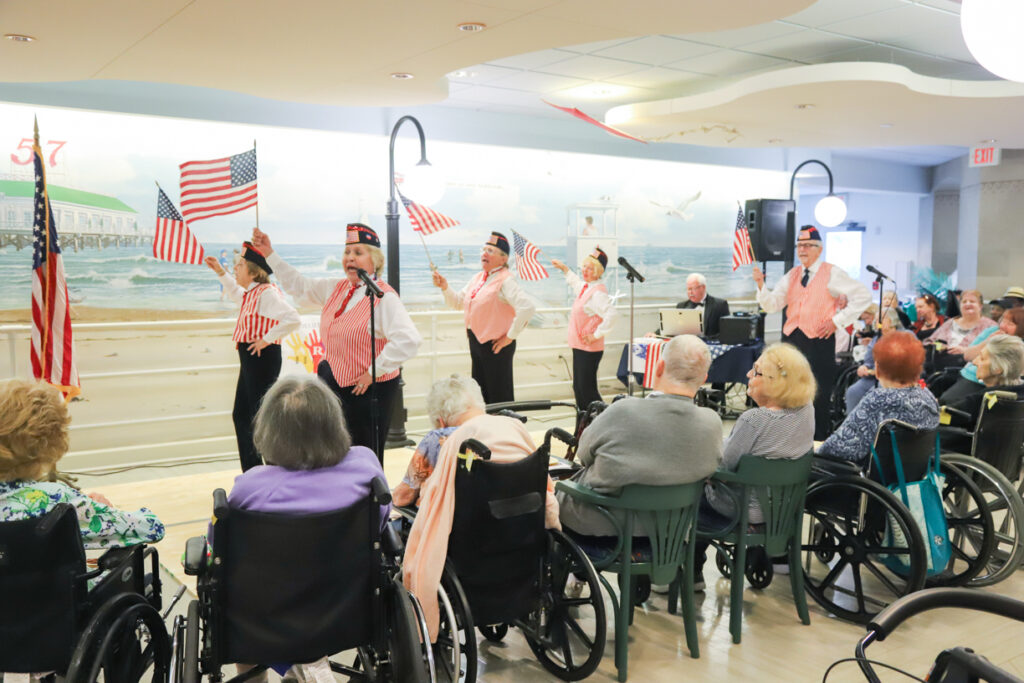 The Starlite Steppers paid tribute to the U.S. armed forces..