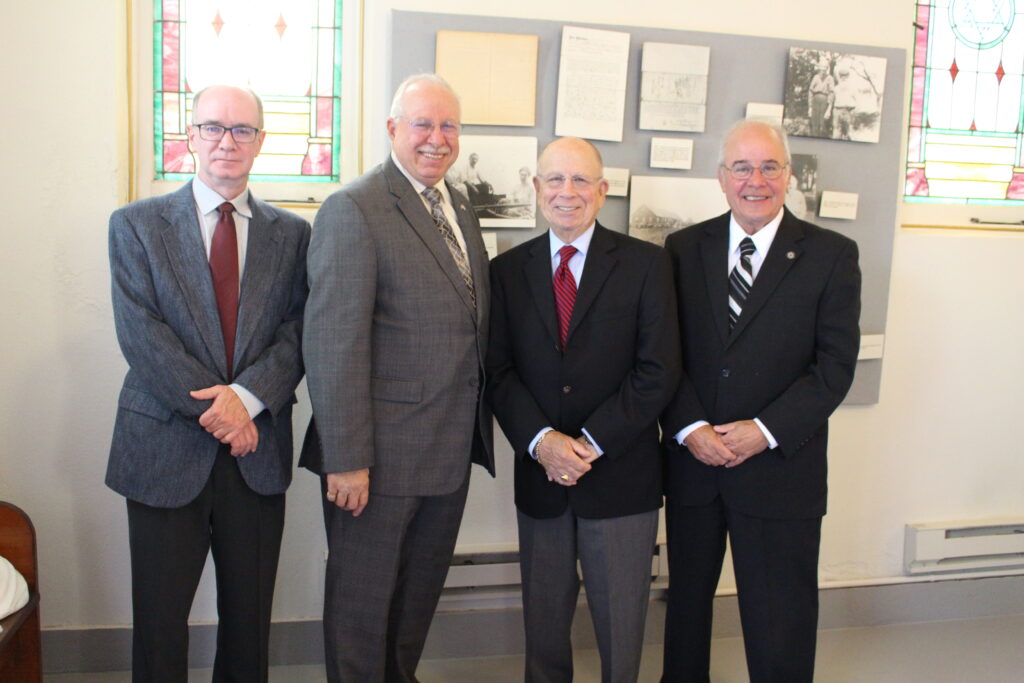 NORMA – Gifts from two generous donors have helped establish a new center at Stockton University that will preserve and share the history of the first successful Jewish farming colony in America.

The Alliance Heritage Center was formally announced Sept. 26 at a ceremony in the chapel at the Alliance Cemetery in rural Norma, Salem County.

Photos and documents from the early Alliance Colony, founded in 1882, are displayed in the chapel and will become part of a new virtual museum coordinated by Stockton. To date some 500 photos, deeds, memoirs, letters, farming tools and other memorabilia have been collected from descendants and will be digitized through Stockton’s Special Collections library. 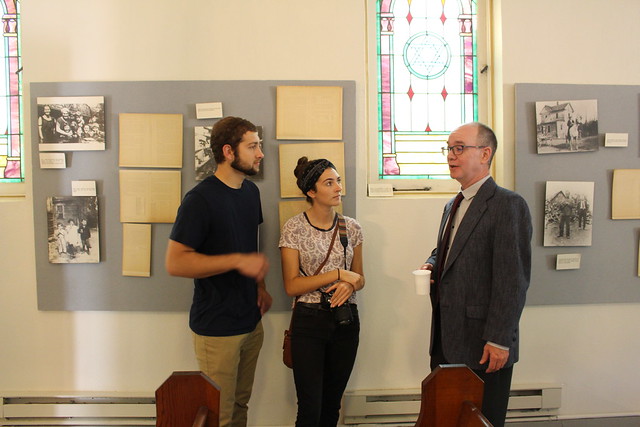 “I am kvelling today,” said Jay Greenblatt, referring to the Jewish word for feeling happy and proud. “I am bursting with pride and joy.”

Greenblatt’s family members helped settle the first colony and he has been instrumental in collecting and preserving colony artifacts.  Stockton is working with the Jewish Federation of Cumberland, Gloucester and Salem counties to develop the center, which will also share the history of the neighboring communities of Norma and Brotmanville.

“This is not just a story of Jewish immigration,” Greenblatt said. “It is also a story of American immigration. It is an important slice of history to be preserved.”

Two major gifts helped establish the center. A $500,000 gift from an anonymous donor established a fund for the Elizabeth and Samuel Levin Director of the Alliance Heritage Center.  Thomas Kinsella, a professor of literature at Stockton, will serve as the director. 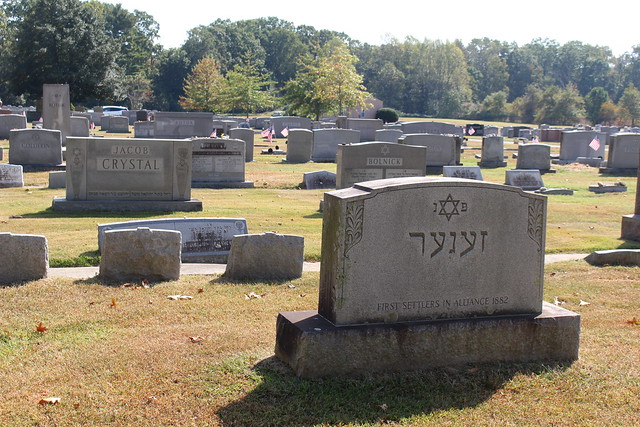 Federation President Jay Einstein said they want to get testimonials and develop a curriculum to share with schools.

“It is our dream to keep the legacy alive for future generations,” Einstein said. “This is a story of how tenacity, determination, focus, and hard work by a people who were down and out can overcome it all to become successful, no matter who they are.”

The federation is assisting in a fund-raising campaign to help support the center.  Einstein said the $500,000 gift started as a much smaller gift. But, a New England donor who visited her family’s gravesite at Alliance Cemetery and seeing the efforts to preserve their history, increase her donation.

Einstein also thanked Stockton for its interest and enthusiasm in the center.

“We give our humble thanks to all of you for making sure the dream stays alive,” he said.

Stockton President Harvey Kesselman cited other projects at the university that have helped preserve history, including the Sara and Sam Schoffer Holocaust Resource Center at Stockton’s main campus in Galloway, and the Sam Azeez Museum of Woodbine Heritage in Woodbine.

“This is a very special place,” he said of Alliance. “When you come here you can get a sense of the history.  Institutions of higher education should be doing things like this, so thank you, for coming to us.”

Kinsella said he was deeply moved the first time he visited Alliance Cemetery and saw graves of German Jews who had escaped the Nazis, others who survived the Holocaust, and Russian Jews who came for a better life.  He said students will play an active role in developing the center so they can share it with the next generation. 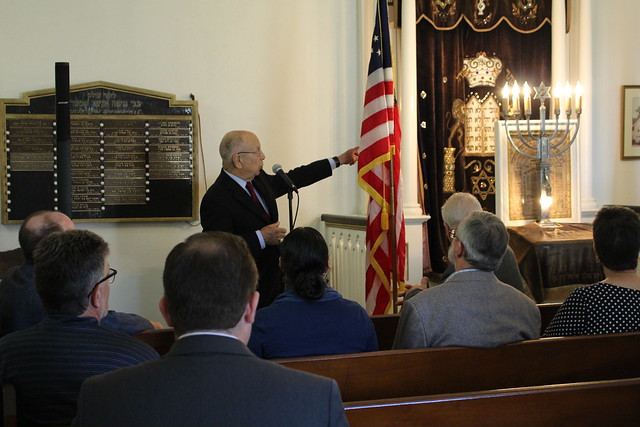 Future plans call for a 2021 exhibit at the Noyes Museum Gallery at Stockton’s Kramer Hall in Hammonton.