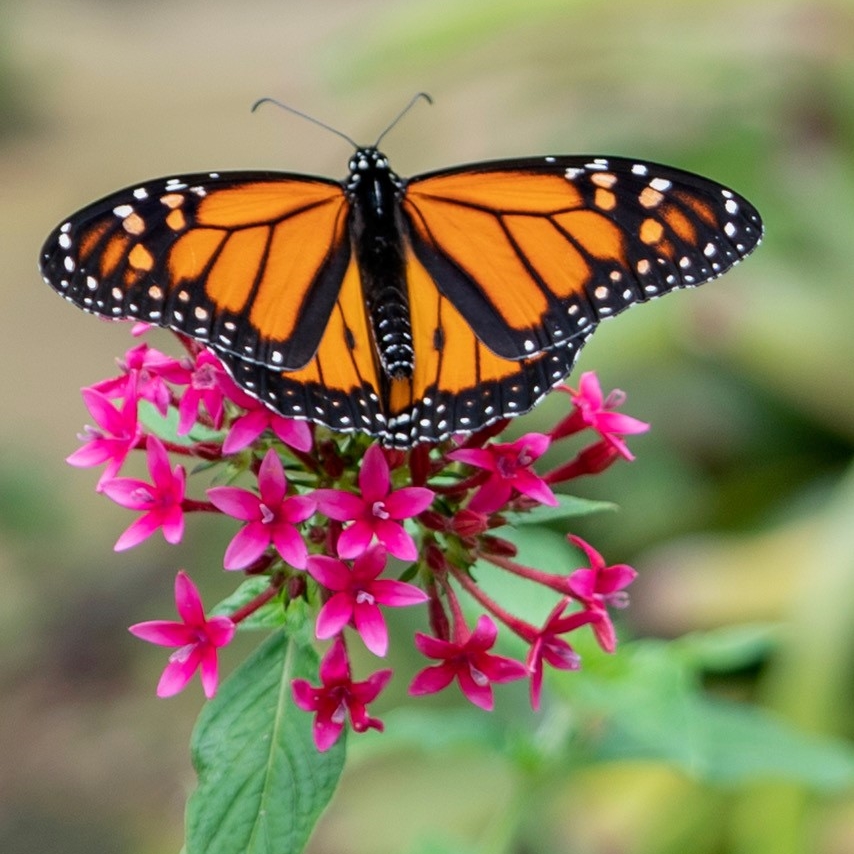 Ah, September. The light shifts. The once harsh sun has a shimmery orange glow and there is an invigorating crispness in the air. For me, as I imagine for others, life’s pace seems to quicken. Nature, though, pauses here in South Jersey for a while as many insects and birds follow aeons-old instinct to migrate to their warm winter palaces.

Monarch butterflies (subspecies Danaus plexippus plexippus) are among the travelers frequenting our shores. Their distinctive stained-glass look comes from deep black veining and rich amber to gold to orange color.

When I was young, my sisters, cousins and I spent hours surrounded by these winged beauties. There were masses of them. They seemed to fill the skies before settling in the pines at night in numbers too high for this then seven-year-old to count. What an adventure it was to catch just one. 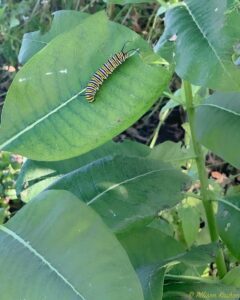 I still recall the feel of tiny black feet prickling along my hands and forearms, the way the antennae danced, and how delighted I was to place one tenderly in a glass mason jar. It seemed the monarchs would be here forever and then, suddenly, they were gone.

I didn’t think to ask then. I suspect I was too busy with my Big Wheel. But lately I’ve found myself drawn to their lazy lifts and glides, the way they drift and float before alighting to sip nectar, and their elegant prancing.  I also found myself wondering: why does it seem there are so few monarchs here and where do they go? This is a little bit of what I have learned…

No butterfly migrates like the monarch. They are part of a massive, collective migration that takes them from the northernmost reaches of their territory in Southern Canada and the Northeastern United States, down along the Atlantic coast. Some may travel only as far as Florida or Cuba while others will venture as far south as central Mexico. Think about that… these delicate insects, weighing only a half-gram, may fly as far as 5,000 miles together. They begin their southern migration from September to October. Migrating monarchs tend to congregate and form roosts on peninsulas that point south. They arrive at their roosting sites in November, forming colonies of up to 1,500 butterflies. 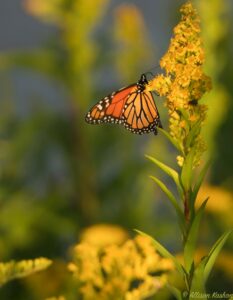 Monarchs feed on goldenrod during migration.

Their migratory patterns are being studied through monarch tagging projects, such as Monarch Watch. Each tag is individually numbered and has a telephone number and e-mail address so that when a tagged monarch is later found (dead or alive), we can learn about their migration routes, possible travel time, and make sure that the one and only host plant they need to survive (milkweed) is maintained for them.

There isn’t as much milkweed here as there was when I was growing up. That’s something I plan to add to my garden so that next year the monarchs will have exactly what they need to make my home theirs. Until then, I’ll slow down a bit more, enjoy autumn’s laughing winds, and wish these intrepid travelers a safe journey along the flyway.

Longport resident Allison Kashon is working with the Sustainable Downbeach initiative to increase the amount of wildlife habitat that supports the proliferation of monarch’s and other pollinators.