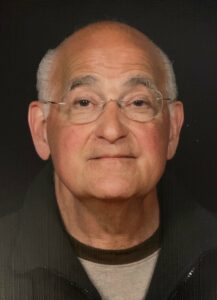 MARGATE – The city is mourning the loss of Joseph P. Tozzi, a local businessman who owned Dino’s sub shop for many years and was the founder and first president of the Margate Business Association.

Tozzi was a generous man with a fiery personality who so loved Margate that he named his business Etagram Enterprises, LLC – Margate spelled backward, Berger said.

Lions Clubs International named him Citizen of the Year in 2000, two years after he formed the Margate Business Association.

“He felt the need to organize the business community and create events. The Fall Funfest was his baby and it continues to be a magnificent event that continues today,” Berger said.

Tozzi, 79, was born in Philadelphia and raised in Atlantic City where, as a youngster, he delivered newspapers, worked at a bakery and did odd jobs. He worked at the White House Sub Shop and later moved to Margate where he became the owner of Dino’s Subs and Pizza. He worked there for more than 30 years, remembering by heart his customers favorite submarine sandwich orders.

“I took over the MBA from him and he was always helpful in any way he could be,” Berger said. “He was a real character with a sharp temper and a million-dollar smile. He created such a vision for the MBA that I had very big shoes to fill when I took it over 15 years ago.”

Tozzi served on the boards of Caring and the Margate City Beautification Board, and helped in the historic restoration of Dante Hall in Atlantic City.

According to his obituary, Tozzi was “a benefactor who touched hundreds of lives throughout his life, including the lives of indigent children whom he sponsored through the Children’s International Program, maintaining contact until those children grew to adulthood.”

Margate firefighter Tim Wainwright, who purchased the sub shop about 18 months ago, said Tozzi was a “hard working guy who taught others to have a good work ethic, something that kids today don’t have.”

He called Tozzi his “go to guy” for advice on business.

“I started working for him when I was 19 years old and he taught me how to work hard and have a good work ethic,” Wainwright said. “He did well for himself and was very generous in helping others who needed it, including me when I purchased the business.”

“There’s a picture of him in the store with gold chains and diamonds, and there were a lot of them,” he said. “But seriously, he was like a father to me ever since I started working for him. I liked talking to him about business and bouncing ideas off him. He’s definitely going to be missed.”

Joe Tozzi was predeceased by his parents, Peter and Susan (Dellaporte), and survived by his children James (Sharon) and Peter Joseph; sisters Patricia Quigley and Sandra Tozzi (Steve); numerous nieces, nephews and special friends Tim and Tara Wainwright and Daniel and Maria Walters.

A viewing will be held from 10 a.m. Monday, Oct. 28, followed by a service at noon at the George H. Wimberg Funeral Home, 1707 New Road, Linwood. Burial will be at Holy Cross Cemetery.