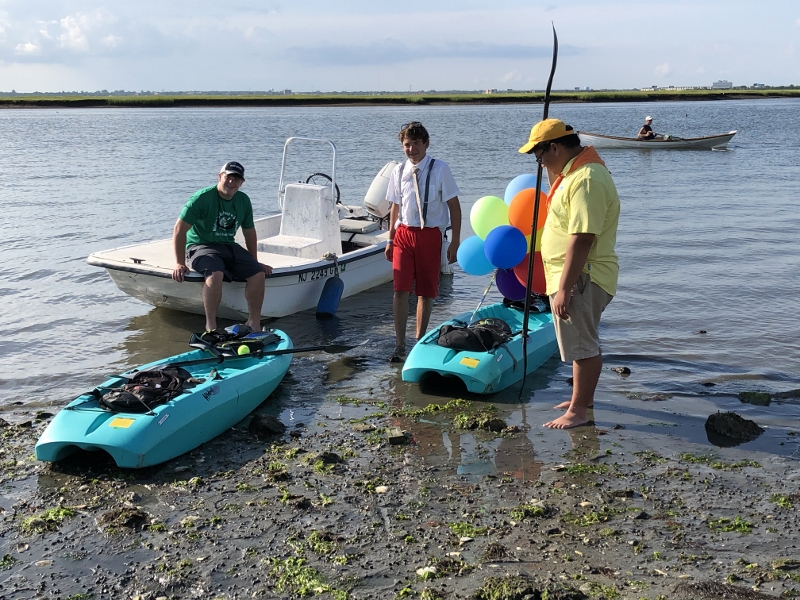 Kayakers get ready to put-in during the Go Green Boat Parade that launched from Ski Beach in August.

“Ski Beach Park is a gem and now the city has the funds to make it shine,” Mayor Beth Holtzman said.

Ski Beach is a 2.8-acre waterfront park located at the end of Dorset Avenue. It was the site of the recent Downbeach Seafood Festival, which was extremely well-received by the community, and is a popular recreation spot due to its unique waterfront access.

The boat ramp at Ski Beach Park, which is in need of improvement, is one of the only public boat ramps on Absecon Island where boaters can enjoy the Intracoastal Waterway, Lakes Bay and surrounding tidal areas.

The grant will fund an extension of the boat ramp and construction of a floating dock, which will provide safer access for kayakers, paddleboarders and other non-motorized watercraft users. The funding will also pay for paving repairs, lighting, concrete pads for picnic tables, a pavilion and bicycle racks.

City officials said the improvements will increase use of the park and establish Ski Beach Park as a community gathering place as well as a boat launch area.

“We are proud of the grant application team and excited for Ventnor to be building on the positive relationship between this administration and the NJDEP Green Acres program,” Commissioner Tim Kriebel said. “This improved park and waterway access will be a great asset to our hometown in the future.”

Commissioner Lance Landgraf said a meeting with Green Acres officials when the Imagine Ventnor team first took office helped to resolve prior issues with the Green Acres properties in the city.

Landgraf said the city would meet with area residents before putting the project out for bids.