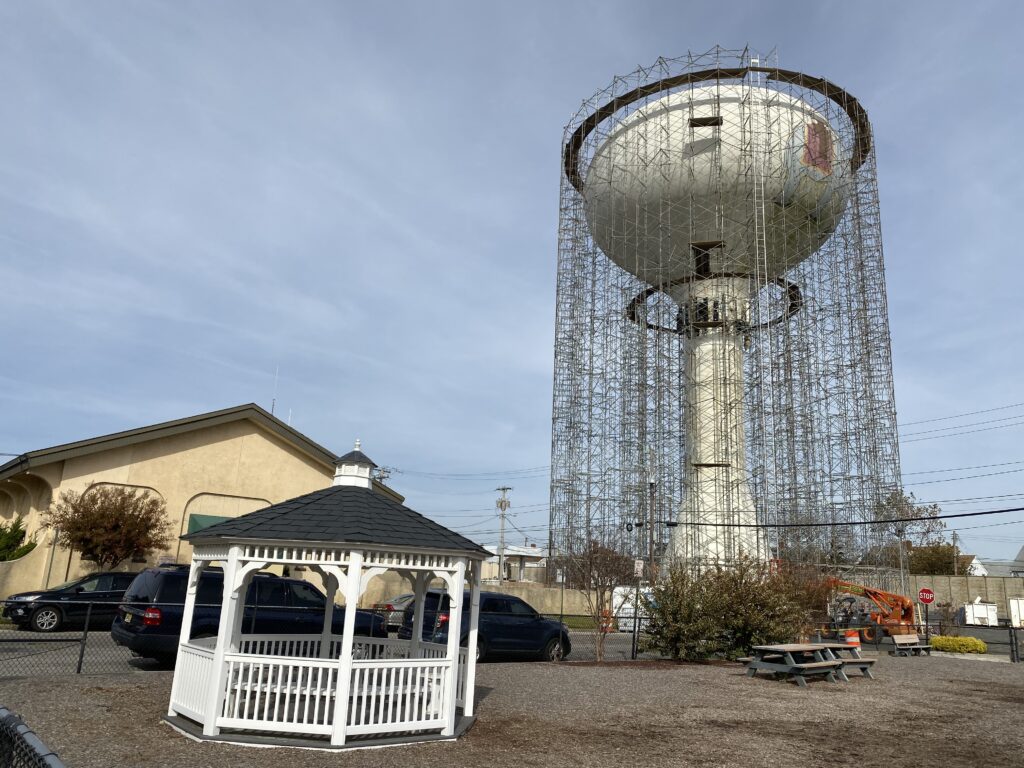 Massive scaffolding surrounds the water town so it can be painted.

MARGATE – America’s Most Reliable Network is not so reliable in Margate these days. That’s because one of the city’s water towers is in the process of being painted.

Allied Painting, Inc. of Cherry Hill, was awarded a $715,320 contract in November 2018 to paint the Benson Avenue water tower, which is located across from the Police Department. The city had received three bids, one as high as $1.77 million.

Although the project was delayed several months due to electrical issues, the contractor has started the project in earnest and last week erected massive scaffolding around the tower. To protect sensitive communication equipment, the Verizon antennas had to be covered or removed from the tower while it is being painted, reducing service to local Verizon Wireless users.

Residents have complained that they have only a few bars and that their service is often not available.

“There’s been a lot of noise chatter that cell phone service in the area is denigrated because of what’s going on there. Is there any way to temporarily improve it?” Commissioner Maury Blumberg asked at the commissioners’ Nov. 7 meeting.

According to IT Coordinator Fred Verna, Verizon Wireless is the only cell phone carrier with antennas on the Benson Avenue tower.

“They don’t really care right now because they know the population is down,” Verna said.

Zoning Officer Roger McLarnon said he has seven zoning permits on his desk waiting for approval to install controversial “nodes” that would enhance cell phone service in the area, especially during the summer season when there are thousands more users in town.

Local municipalities have been reluctant to allow Verizon to install cell phone nodes on utility poles because they are unsightly.

The discussion brought several chuckles from commissioners and department heads when City engineer Ed Dennis of Remington & Vernick Engineers said a “cow” could help improve service while the tank is being painted.

“We’ve had other tank projects where the carriers chose to bring in a COW – cell on wheels – which is a temporary tower,” Dennis said.

The city could ask Verizon to do that, but “usually, that would have happened by now,” he said.

Several posters on Margate Facebook pages had suggestions about what could be done about the lack of service, including calling Verizon to register complaints or ask for credits on their phone bills.

One poster had the best suggestion of all.

“Need to wrap the water tower in tin foil to get the signal back.”

McLarnon said when the project is completed, which could take several months, and the antennas reinstalled, service will be “as good as ever.” 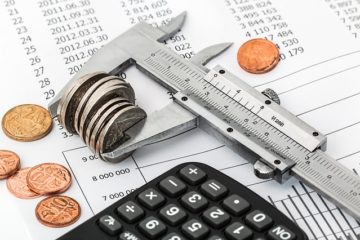