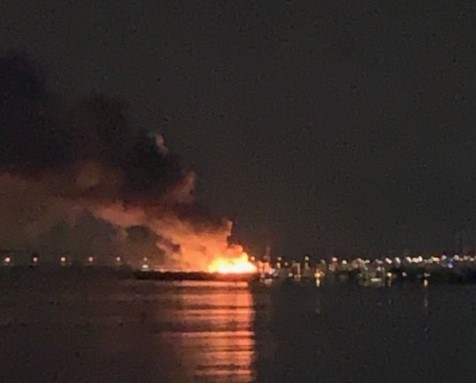 According to Longport Volunteer Fire Department Chief Levon “Lefty” Clayton, the call of a fire came in at 1 a.m. Longport was the first fire department to respond to the scene. 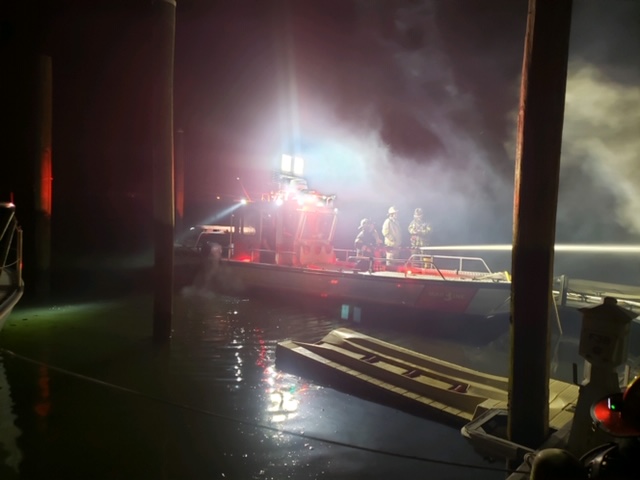 The Egg Harbor Township Volunteer Fire Department is investigating the cause of the fires. Chief Rob Winkler was not available Monday morning to provide information about the fire.

Clayton said the two boats docked at F Dock were fully involved when Longport firefighters arrived at the scene with an engine-pumper, ladder truck and utility vehicle. 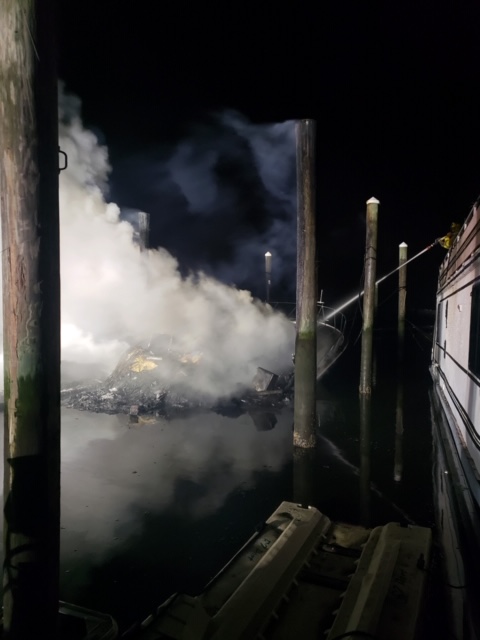 A dozen Longport volunteers were joined by firefighters from all five Egg Harbor Township volunteer fire departments – Bargaintown, Cardiff, Farmington, Scullville and West Atlantic City – in fighting the blaze on land and sea, he said. The Margate City Fire Department, Air National Guard and NJ State Marine Police also assisted in fighting the blaze, the cause of which is unknown at this time. The Somers Point Volunteer Fire Department covered the Longport station.

The U.S. Coast Guard has responded to the discharge of diesel from the two submerged vessels. Watchstanders at Coast Guard Sector Delaware Bay estimates about 2,000 gallons of diesel fuel could enter the water. There have been no reports of impacts to wildlife at this time, the Coast Guard said in a statement.

A salvage plan is currently being drafted by the responsible party for approval by the U.S. Coast Guard. The cause of the incident is currently under investigation.