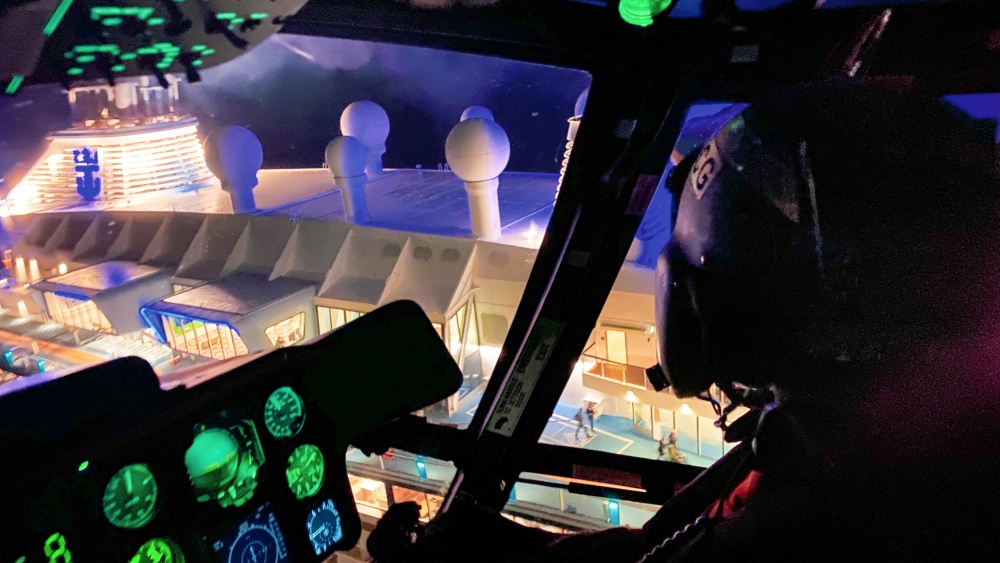 ATLANTIC CITY— Members of the U.S. Coast Guard Saturday, Dec. 28 medevaced a man from a cruise ship located about 17 miles off the coast of Little Egg Harbor Inlet. The captain of Royal Caribbean’s Anthem of the Seas contacted watchstanders at Coast Guard Sector Delaware Bay’s command center and notified them that the 70-year-old passenger was having severe abdominal pain and needed a higher level of medical care. 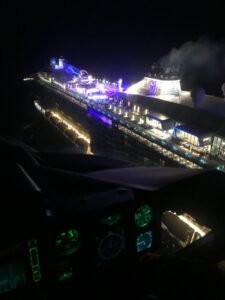 An aircrew aboard an MH-65 Dolphin helicopter from Air Station Atlantic City launched to assist. Once on scene, the aircrew hoisted the man up, accompanied by his son, and transported them to AtlaniCare Regional Medical Center in Atlantic City.

“We are glad that the crew contacted us as soon as they did,” said David Umbereger, command duty officer at Sector Delaware Bay. “The speedy notification and precise coordination was key in getting the man the care he needed.” 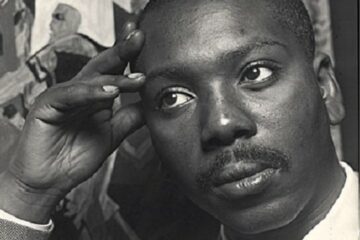 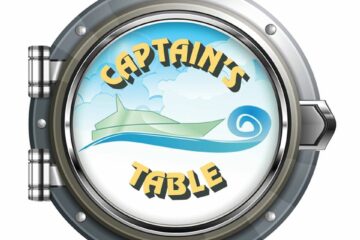 ATLANTIC CITY – The Community FoodBank of New Jersey Southern Branch, along with member charity Let Us Eat – Please, Inc. will host Captain’s Table, an evening of food, cocktails, desserts and fun at the Read more…