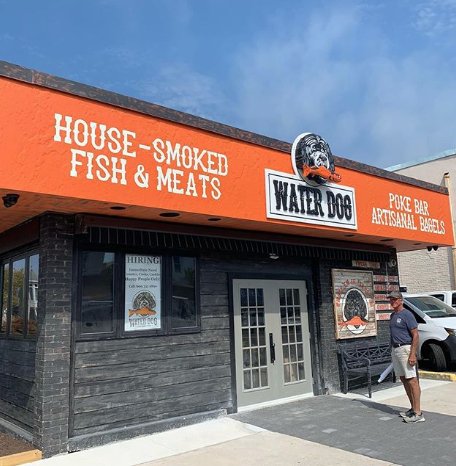 Following the Planning Board reorganization, which saw no changes in the board’s leadership, membership and professional staff, the board heard two applications and granted each the variances requested.

Twenty-year resident Nicholas Hallowell was granted all the variances needed to rebuild his home at 129 N. Newport Ave., which sustained damage during Hurricane Sandy and was too fragile to be raised. A new house will be built on the narrow lot and conform with the house next door.

According to professional planner Rami Nasser, the new home will exceed current FEMA height requirements, have parking for the required two spaces in the garage, and maintain the same footprint at the existing home. Because the lot is only 18 feet wide, it is considered a non-conforming structure, so the board issued the “hardship” variances required to rebuild, including front, side and rear yard setbacks, building coverage and impervious surface coverage.

When completed the house will match the adjoining property and look like a true duplex, Nassar said.

The board thanked Hallowell for reinvesting in his property.

Representing Water Dog Smoke House, LLC, attorney Chris Baylinson said because the company owns property outside the right-of-way along Fredericksburg Avenue, adding an additional seating for 16 people at four outdoor tables set in motion the need for a parking variance. Current zoning regulations require one parking space for every three seats. The company previously received a variance for parking, although it is one of the only restaurants in the Ventnor business district to have any parking at all, officials said.

Water Dog’s original application granted a parking variance based on having 15 seats, Baylinson said. The property currently has four parking spaces on site. Adding four picnic tables on the Fredericksburg Avenue side of the building brings the total seating capacity to 31, which according to zoning requirements would require 11 parking spaces, necessitating a variance for eight parking spaces.

Residents of Marven Gardens, which is located across Fredericksburg Avenue in Margate, objected to the variance stating it would add traffic to an already congested area, especially during the summer months.

Resident Susan Alice, who spoke for several of her neighbors, requested the public hearing be postponed to allow time for residents to consult with an attorney.

Alice said her neighbors could not attend the meeting on short notice. Notice to property owners within 200 feet of the restaurant was mailed on Dec. 24, 2019, but only recently received, she said.

The board unanimously agreed that the applicant provided notice according to law and that a continuance was not warranted.

Another resident, Irene Greberman said adding additional seating would increase traffic problems and would “take away from the charm” of Fredericksburg Avenue and Marven Gardens. 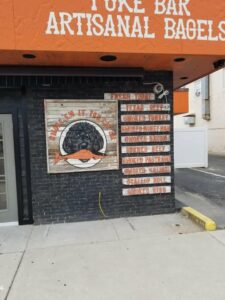 Additionally, the extensive sign package that identifies the former Sun Bank building as a now iconic structure, was erected without first receiving a variance from existing zoning regulations.

Zoning requires a maximum of 30 square feet of signage on each frontage area. However, the unlighted signage installed covers 117.5 square feet on the Ventnor Avenue side, a portion of which extends 10 inches above the roof line.

Marchel said in consideration of the Marven Gardens residential area, he was trying to be “as least impactful as possible,” and has no plans to erect signage on the Fredericksburg Avenue side of the building.

“I did that to extend an olive branch to the neighbors,” he said. “I contemplated even more seating but didn’t want to be a pig.”

Board members discussed the precedent being set by allowing a menu sign but Baylinson said every application for a variance should stand on its own merit.

Commissioner Tim Kriebel, who was reappointed to the Planning Board, said the smokehouse concept is unique and people may not know all the restaurant offers.

Planning Board Chairman Jay Cooke said the restaurant is helping to build a “more viable city that adds to the economic base” which is part of the city’s Master Plan.

“The signage is part of the architectural façade. It is artistic, proportional and architecturally enhances the streetscape,” he said.

Commissioner Lance Landgraf, who is a professional planner and the city’s designee to the Planning Board, said the relief requested was “de minimis” and would not change the traffic pattern in Ventnor’s commercial district.

Other board members offered their take on justifying the variances, noting the restaurant has become a “destination,” is “quietly successful” and “adds to the summer scene.”

The board unanimously approved all the variances requested in the amended site plan, including relief for lot coverage, sign area, sign projection above the roof line, minimum mounting height and parking. 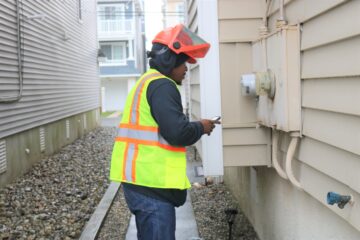 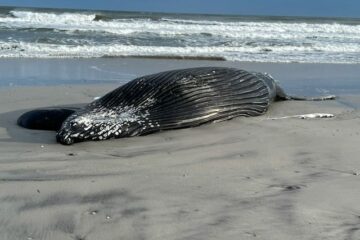 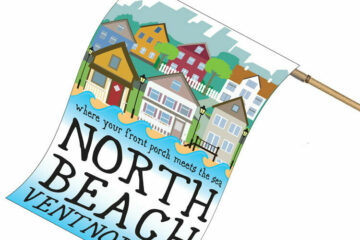