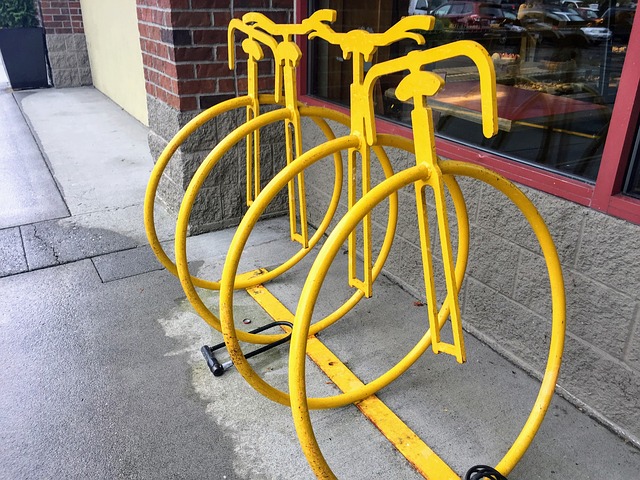 MARGATE – It will be many more months until those long-promised bike racks will be installed at strategic locations in Ventnor and Margate.

According to Margate Zoning Officer Roger McLarnon, the bike racks promised to Ventnor and Margate in 2017 likely won’t be installed until late fall.

It was March 16, 2019 that Downbeach.com reported that installation of the bike racks would be completed by October. October came an went and three months later the promise from Atlantic County is that another year has been added to the long saga of getting bicycle racks installed in heavily populated and commercial areas.

Ventnor and Margate were awarded a $275,000 grant in 2017 to install 208 bike racks in 91 locations based on the needs of each community. Margate would get 131 bike racks, while Ventnor would get 77 decorative racks, which will include an insignia customized for the towns, accommodate one or two bicycles each, and will be in commercial areas, as well as in residential neighborhoods and community gathering places.

City officials and residents in both communities have expressed frustration that the project is taking so long and have ridiculed the “many layers of bureaucracy” that have delayed what most believe should be a simple project.

The cities of Ventnor and Margate partnered on the grant, which was funded through the Federal Highway Administration and Federal Transit Administration’s $1.9 million allocation to the South Jersey Transportation Planning Organization for fiscal year 2017. The installation of bicycle racks is a way to reduce carbon emissions from vehicles and provide an alternative means of getting around the Downbeach community. Having ample areas to park bicycles would allow residents and visitors to leave their cars parked in their driveways and use their bicycles as an alternate means of getting out to the beach, shops and restaurants during the summer season.

To appease homeowners who complained about the lack of bicycle parking area, Margate installed several bike racks on their own and before last summer installed wooden planks across street-end bulkhead timbers where beachgoers could safely secure their bikes.

According to the latest update from Atlantic County government, Public Information Officer Linda Gilmore said the required documentation package has been approved by the NJDOT Local Aid Office and has been submitted to the Federal Highway Administration for construction authorization.

“With that approval we would anticipate the project would go to bid this spring with construction and installation of bike racks in the fall,” she said.

McLarnon said he shakes his head every time he hears about the bike racks.

“The tentative timeframe is under contract by late spring, early summer, under construction by late summer, and if there’s a lead time on these bike racks, completion by late fall. It is a tough project,” McLarnon said. “It’s an example of the layers of bureaucracy we have to put up with for bike racks.” 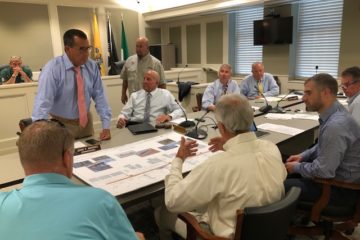 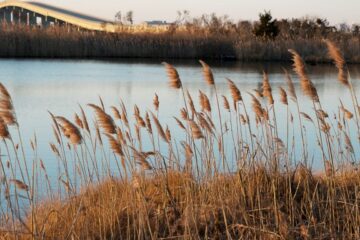