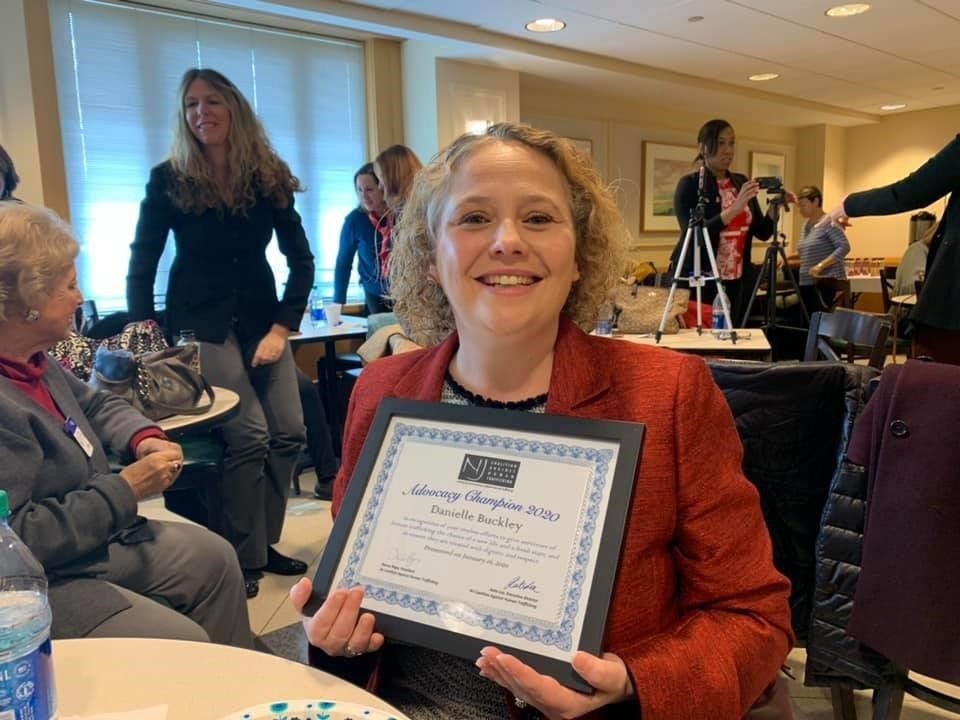 Buckley, who is currently assigned to the Grand Jury Unit, has served as the prosecutor’s human trafficking liaison to the NJ Division of Criminal Justice since 2005. She has presided over numerous human trafficking investigations and prosecutions.

Buckley is certified by the Attorney General’s Office to teach human trafficking, and has used that certification to educate various groups on a national level, including: the law enforcement community, child protective services, school administrators, school aged children, faith based organizations and various women’s groups on the complex issues surrounding human trafficking cases.

“I have been involved in combating Human Trafficking since New Jersey’s Human Trafficking statute was originally passed in 2005,” Buckley said. “To be part of what was initially a grassroots effort, and to be recognized for such, is both an honor and a privilege. While I am grateful and humbled by this award, the true credit goes to the survivors of this horrific crime – they are modern-day warriors whose strength, courage and resiliency inspire me to advocate on their behalf. As long as I remain in a position to do so, I will continue to ensure that these survivors are treated with dignity and respect and that the individuals who abuse them are held accountable for their actions.”

In 2009, Buckley became the first prosecutor to charge Human Trafficking in Atlantic County, and in 2015, secured the first conviction for Human Trafficking in Atlantic County. In the latter case, Buckley successfully prosecuted a trafficker who was sexually exploiting seven different women. In 2015, Buckley handled the very first Petition for Vacatur and Expungement in New Jersey, thereby allowing a human trafficking victim to have her prostitution and prostitution-related convictions vacated and expunged. In 2017, Buckley was honored by Avanzar (formerly the Atlantic County Women’s Center) with the Golden Sun Award for her work in the area of human trafficking.

Before joining the Prosecutor’s Office, Buckley clerked for the Honorable John E. Wallace, J.A.D., during his last year in the Appellate Division before his appointment to the New Jersey Supreme Court. Before that, Buckley worked in private practice in Princeton. She received a Bachelor of Arts degree in professional writing and journalism from The College of New Jersey and a doctorate from Rutgers University School of Law-Camden.

“Chief Assistant Prosecutor Danielle Buckley is recognized throughout the country as an expert on Human Trafficking,” Tyner said. “She has worked with the FBI and other law enforcement agencies to prosecute some of the most notorious criminals in our area. Just as important, she has been a leader in helping victims of human trafficking to reclaim their lives by expunging their criminal records and helping to get them treatment and rehabilitation. I am proud that Atlantic County benefits from her advocacy and expertise on a daily basis.”