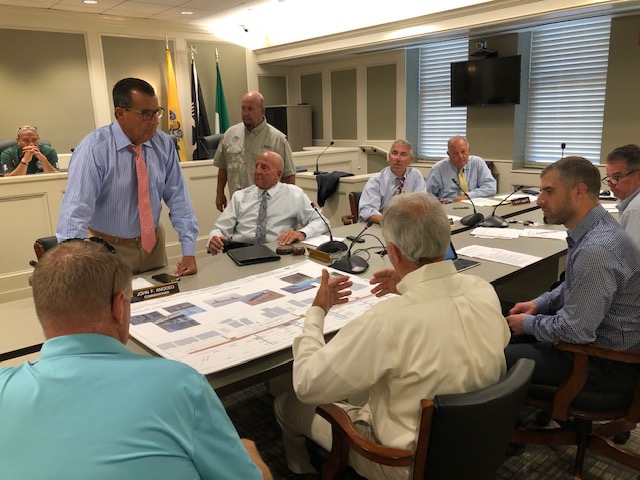 File/Margate commissioners listen to a presentation about the design of a new promenade along Amherst Avenue.

MARGATE – The city will hold a public hearing next month on two bond ordinances to fund $5.5 million in municipal and utility improvements.

Ordinance 02-2020 appropriates $4.05 million for general improvements, while Ordinance 03-2020 appropriates $1.45 million in water and sewer improvements. After the bonds are approved, the city can draw down funds as needed to pay for upgrades to municipal facilities, including work to replace underground water and sewer lines and redevelop a well for drinking water.

General capital improvements include $2,826,850 for soft costs and improvements to Fire Station No. 2, the Amherst Avenue bulkhead and promenade, a new roof and hallway remodeling and security upgrades at the Municipal Building. The ordinance reserves $350,000 for playground upgrades and $873,150 for road reconstruction on Amherst Avenue from Clarendon to Douglass Avenue; the Adams Avenue storm sewer and pump station; Atlantic Avenue “road diet,” including milling and overlay of new striping, curbs and gutters, repaving, ADA-compliant curb ramps and crosswalks.

Some of the funds will be reimbursed by NJ DOT grants. Bonds and notes would be repaid over 13.95 years, according to the useful life of the improvements.

The second ordinance for $1.45 million in various water and sewer improvements have a “useful life” of 35.29 years. The ordinance reserves $377,000 for design and construction of Amherst Avenue from Clarendon to Douglass Avenue, including soft costs; $800,000 for redevelopment of Well No. 10, interior painting and valve replacement at the Benson Avenue water tank; and $273,000 to purchase a Ford F550 dump truck, plow and spreader, sewer jet machine and a generator for Well No. 5.

Due to high-priority items, such as flood protection along Amherst Avenue, the total amount of bonding for 2020 general capital improvements is slightly above the city’s self-imposed capital spending limit of $3.5 million, Chief Financial Officer Lisa McLaughlin said previously. The city also exceeded its limit last year by $1 million and $178,000 respectively, but some of the overage was reimbursed by grants.

The state Budget Office permits municipalities to bond up to 3.5% of their total equalized assessed valuation averaged out over three years. Based on last year’s total assessed valuation, the city’s bonding capacity was about $140 million, but the city has about $50 million in debt, McLaughlin said.

The public is invited to speak on the bond issues during the next Board of Commissioners meeting 4 p.m. Thursday, March 5. 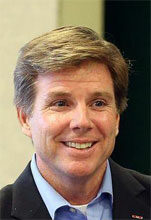 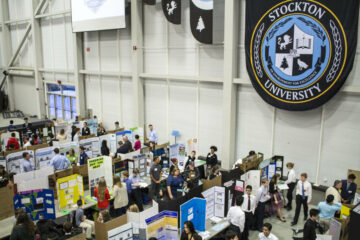 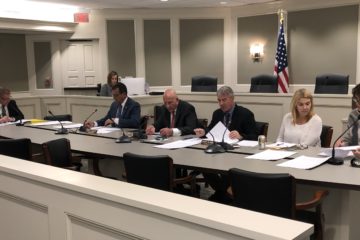