NEW YORK – Cookie Till of Steve & Cookies By the Bay in Margate has been recognized by one of the most prestigious culinary organizations in the U.S., so you might consider making your summertime reservations now.

The James Beard Foundation Wednesday, Feb. 26 announced its list of restaurant and chef award semifinalists in advance of the 30th annual James Beard Awards Presented by Capital One. Till is nominated in the Outstanding Restaurateur category.

The prestigious group of semifinalists represents a wide collection of culinary talent, from exceptional chefs and dining destinations across 12 regions in the U.S.

“I’m just blown away,” Till said in a telephone interview Thursday afternoon.

Till said she found out about the nomination like everyone else – on the internet.

“I was leaving a class and saw it on my phone. The next thing you know my phone is blowing up with calls from supporters. It’s pretty cool,” she said. “I always follow these awards, but they are always restaurants in Philadelphia, New York and LA. You never expect it to happen to you.”

Till specializes in farm-to-table culinary offerings, has hosted the Margate Community Farmers Market at the restaurant for the last dozen years, and is philanthropist who has raised hundreds of thousands of dollars for the Community Foodbank of New Jersey Southern Branch. In addition, she conducts a Harvest of the Month program that introduces students of the Margate schools to new healthy eating options. Through her own foundation, A Work in Progress, she has established numerous urban community gardens and focuses on educating young people about the nutritional benefits of eating homegrown fruits and produce. She took home the mirror ball trophy for the 2018 Dancing Under The Atlantic City Stars competition, which raised $425,000 for the FoodBank. Every dollar raised provides the needy with up to three meals.

Till said she and her staff love “just doing our thing” in Margate.

The foundation will announce the final nominees for all award categories during a live press conference in Philadelphia 9 a.m. ET Wednesday, March 25 in partnership with Constellation Culinary Group. Jeff Guaracino, president and CEO of VISIT PHILADELPHIA®, and Clare Reichenbach, CEO of the James Beard Foundation, will co-host the press conference and corresponding breakfast at The Barnes Foundation. The announcements will be live streamed on the James Beard Foundation website.

The James Beard Foundation holds an online open call for entries beginning in mid-October of each year. Entries received, along with input solicited from an independent volunteer group of more than 250 panelists around the country, are reviewed by the Restaurant and Chef Committee to determine eligibility and regional representation. Based on the results and eligibility requirements for each award, the committee then produces a nominating ballot that lists the semifinalists in each of 23 categories.

The list of semifinalists is then voted on by more than 600 judges from across the country to determine the final nominees in each category. The same group of judges, which comprises leading regional restaurant critics, food and wine editors, culinary educators and past James Beard Award winners, then votes on the nominees to select the winners.

Tabulations to determine the nominees and winners are done by independent auditors EisnerAmper. The governing Awards committee, board of trustees, and staff of the James Beard Foundation do not vote, and the results are kept confidential until the presentation of winners in May. James Beard Awards policies and procedures can be reviewed at jamesbeard.org/awards/policies. MBA reorganizes, presents the Joseph P. Tozzi Award of Distinction to Cookie Till

MARGATE – The Margate Business Association held its annual Board of Trustee elections in December at Sofias Restaurant in Margate. MBA Executive Board members for 2022 are Ed Berger of Mediagate Marketing, president; Karen Sherman Read more… 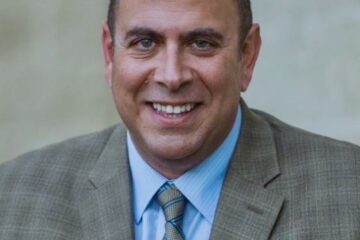 MARGATE – The Milton & Betty Katz Jewish Community Center has announced that Brian Adler is the center’s new director of development and associate executive director. Adler will work to streamline the organization’s current fundraising and Read more… By NANETTE LoBIONDO GALLOWAY MARGATE – The city is the second Downbeach community to receive a $50,000 Local Recreation Improvement Grant from the State of New Jersey. Ventnor and Margate were two of 162 New Read more…