Gun ownership advocates are making the rounds in Downbeach 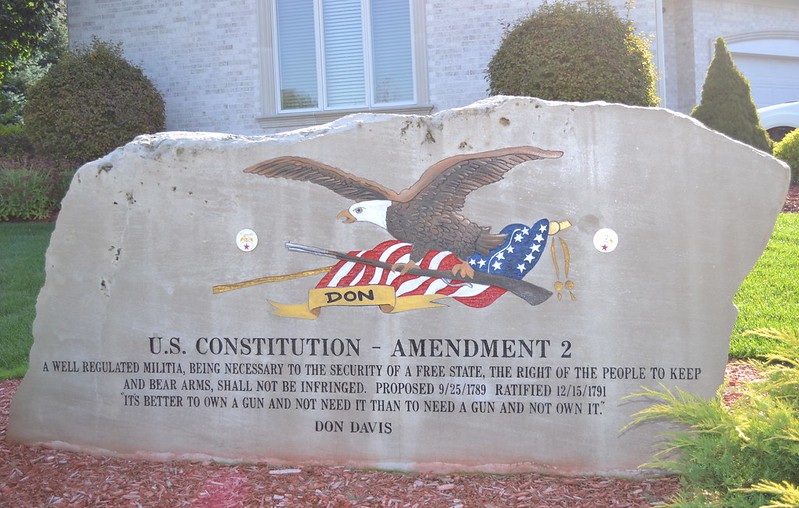 “We are asking you to stand with us that you agree with us in supporting the 2nd Amendment. Just like when you were sworn in you raised your hand and took an oath to uphold the Constitution of the United States and New Jersey, we are asking you to do so now,” she told Ventnor commissioners Thursday evening.

Hickerson said 44 bills proposed in the New Jersey Legislature infringe on the rights of law-abiding citizens who own guns. Her group believes the state’s Red Flag law, which allows law enforcement to remove guns from the homes of those deemed by a judge to be a danger to themselves or others, is unconstitutional because they do not provide gun owners with due process.

“You are guilty until proven innocent,” she said. “By you stating you stand with us to support the 2nd Amendment, it will be easier for us to go to Trenton. We’ll have a little more leverage there.”

The 2A Sanctuary non-partisan group started up in December, and has been able to get 31 municipalities, including Egg Harbor Township, and six counties, including Cape May County, to adopt the resolution, Hickerson said. The resolution could be “tweaked” to fit the needs of the municipality.

Gun advocate Roger Dutch, a combat disabled veteran from Absecon, said the issue is a non-partisan issue. He said the group, which is “protecting our 2nd Amendment rights” is “growing like weeds.”

“It seems like in political times, it’s easy to attack law-abiding citizens and gun owners,” he said.

Those who oppose the resolution, come at the issue with fear, he said.

“I like facts,” he said. “The fact is that many of these laws are doing nothing but hurting law-abiding citizens.”

In Longport, Adam Houde of Egg Harbor Township told commissioners that people are leaving the state because of its strict gun laws, which “don’t work because no one enforces” them.

“If someone is not going to enforce the laws, why put more in place?” he said. “We are not the problem. It’s the criminals who are the problem. We’re not a bunch of crazy gun nuts running around trying to avoid the law. We’re tired of gun laws being put in place and not enforced.”

Ventnor resident Sharon Eaton, who opposes the resolution, said the country is in a gun crisis that takes 100 lives a day and injures 200 others.

Because of New Jersey’s strong and fair gun laws, New Jersey has half the number of deaths by guns, including suicide. Eaton said 95% of voters approve of background checks on gun sales and 85% support red flag laws.

“Our laws are fair, sound, protect our citizens and are in accordance with the Constitution,” she said.

Eaton said she feels “intimidated” by the resolution, which undermines the rule of law, fosters distrust of law enforcement, and could deter people from reporting individuals who may hurt themselves or others.

“I can’t imagine vacationers being on our boardwalk or beach or with my grandchildren at the playground with people packing,” she said. “Ventnor is not a hunting place, so there is no need for these resolutions that are meaningless and I hope they don’t become part of what our city is. Between taxes and guns, it would be very hard to continue here.”

Ann Bullen of Somers Point, who also attended recent meetings of the Atlantic County Board of Chosen Freeholders, which is considering the resolution, also spoke against the gun sanctuary effort.

“Nobody is taking away guns from people who are capable of owning them legally,” she said. “For people to fear gun laws are picking away at what you already have is wrong. It’s a misrepresentation and I think it brings a lot of tension to the area…and gives the impression suddenly we are an open carry area.”

Bullen said the resolutions are meaningless and create “tension” and “divisiveness” in the community.

Resident David Livingston said the group should take their fight to Trenton, not local municipalities.

“The idea of a municipality adopting a resolution which would apply to or is affected by state and federal law is absolutely ludicrous,” he said.

Red flag and no-carry laws approved by the state are in effect and local law enforcement must abide by them, he said.

“I suggest they take their fight to the proper authorities. Go to the state Legislature, the federal government, talk to elected officials up and down the state and in Congress and resolve the issue that way. Do not bring it to my shore community which has phenomenal law enforcement and lifestyle.”

Being designated a gun sanctuary city could lead gun owners to believe they can carry a sidearm, which is illegal in New Jersey.

“They will end up causing our Police Department to do things that they shouldn’t have to do, due to misinformation,” he said.

Commissioners at both meetings accepted copies of the resolution for review by their attorneys. 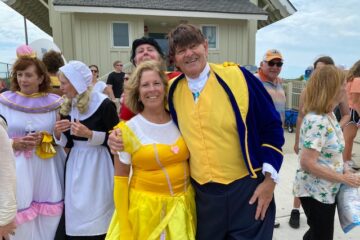 By NANETTE LoBIONDO GALLOWAY LONGPORT – The holiday weekend got off to a lively start in normally laid-back Longport. At 11 a.m. Saturday morning, a troupe of local residents welcomed Longport visitors to be their Read more…