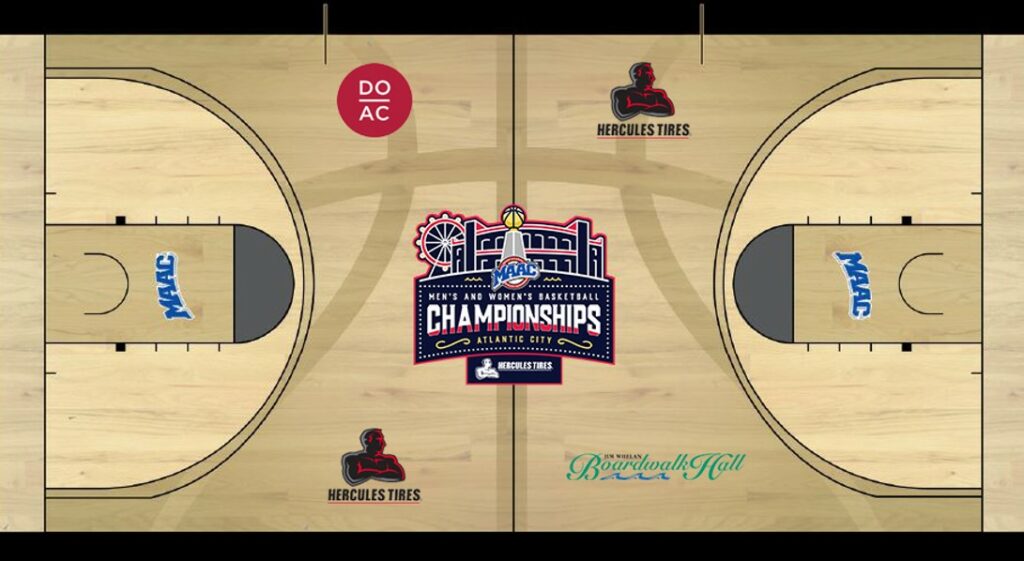 The court was created by Horner Flooring Company of Dollar Bay, Michigan. The design includes the 2020 MAAC Basketball Championship logo and features iconic Boardwalk Hall, The Wheel at Steel Pier and the MAAC Championship trophy. The court also showcases the “Do AC” icon from the Casino Reinvestment Development Authority, along with the Boardwalk Hall and Hercules Tire logos.

“Court designs have become much more intricate over the last several years and we wanted ours to be eye-catching and showcase the icons of Atlantic City,” MAAC Commissioner Rich Ensor said.

The court is stained with two different light brown colors with grey at the top of the key just above the MAAC wordmark in the foul lane. The floor itself depicts the grains of a traditional hardwood floor and the out-of-bounds and team bench areas are solid black. The seams of a basketball are also noticeable.

The court consists of 225 individual 4- by 8-foot panels, which will be assembled in Boardwalk Hall Sunday, March 8 with a ribbon-cutting ceremony set for the following day. The MAAC shares the court with the Basketball Hall of Fame in Springfield, Mass., through a partnership with Horner.

The court is made from maple lumber from sawmills and land owners who replant after each harvest. Horner is a 125 year old company that has made the floor for the NBA All-Star game for the last 26 years.

Events surrounding the MAAC Tournament include:

For the full schedule and to stay up to date on MAAC basketball, see http://maacsports.com/basketball or follow @MAACHoops on Twitter. Join the conversation about the 2020 MAAC Basketball Championships on social media using #maAChoops20. 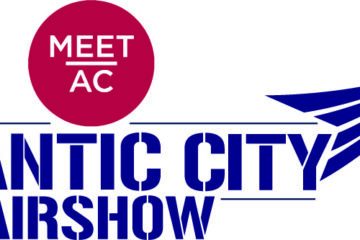 ATLANTIC CITY – The Flightline Club will provide an unforgettable experience, with an all-you-can-eat lunch, unlimited non-alcoholic beverages, and prime viewing of all the exciting aerobatic aerial performances during the MeetAC Atlantic City Airshow being Read more… 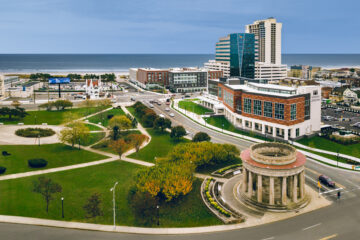 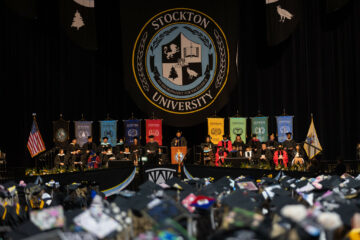