VENTNOR – Three new firefighters were sworn-in during the Board of Commissioners meeting Thursday, Feb. 28. William Hodson, Anthony Richey and Anthony Ventura took their oaths of office amid family, friends and fellow firefighters.

“Your public service is right up there with all the men and women in our Armed Services,” she told the firefighters.

Richey is a five-year member of the U.S. Coast Guard and is used to public service, Holtzman said.

“You are with very dedicated, elite men and woman, and the best fire chief Ventnor ever had.”

She and Ventura, who grew up in Holtzman’s neighborhood, have family friendships that go back generations, she said.

“I watched you go to school without a coat on everyday,” she said, bringing laughter to the room.

“He gets one now as part of the job,” Commissioner Lance Landgraf quipped.

The firefighters replaced three of six firefighters hired through the intergovernmental transfer system who were called back to their jobs in Atlantic City. 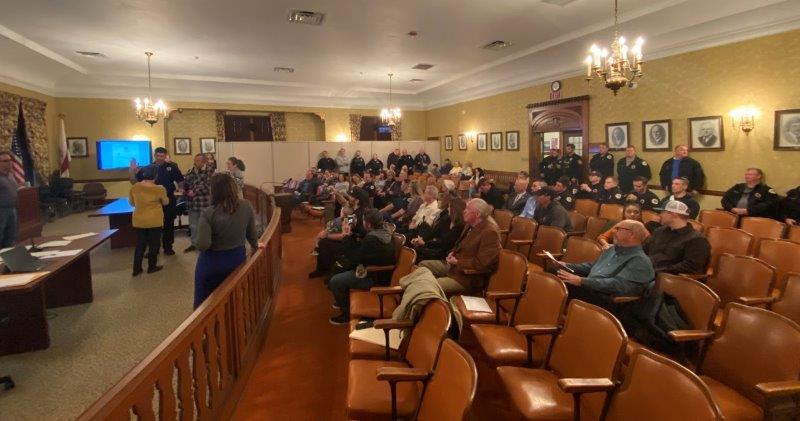