Dean Randazzo cancels ‘Paddle for a Cause’ event 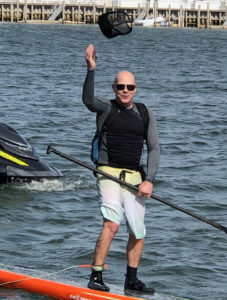 Dean Randazzo of Ventnor finishes his first 22.5-mile Paddle For A Cause Saturday, June 8, 2019 in Atlantic City.

VENTNOR – It appears that 13 is not a lucky number for the Paddle For A Cause.

The 13th annual Paddle For A Cause, previously set to be held on June 13 at Ski Beach, is canceled until further notice due to circumstances surrounding the ongoing Covid-19 pandemic.

On Feb. 13, Ventnor commissioners granted approval for the marquee event presented by the Dean Randazzo Cancer Foundation to be held at Ski Beach. Previously held at Frank S. Farley State Marina in Atlantic City, the 22.5-mile paddleboard race attracts competitors from across the globe and raises money for local families affected by cancer.

However, the annual event largely depends on the financial support of local businesses and participants.

“Our local businesses are suffering right now and a lot of people are out of work and we thought it best to encourage our supporters to focus on those in need around them right now,” said foundation President Brady Middlesworth. 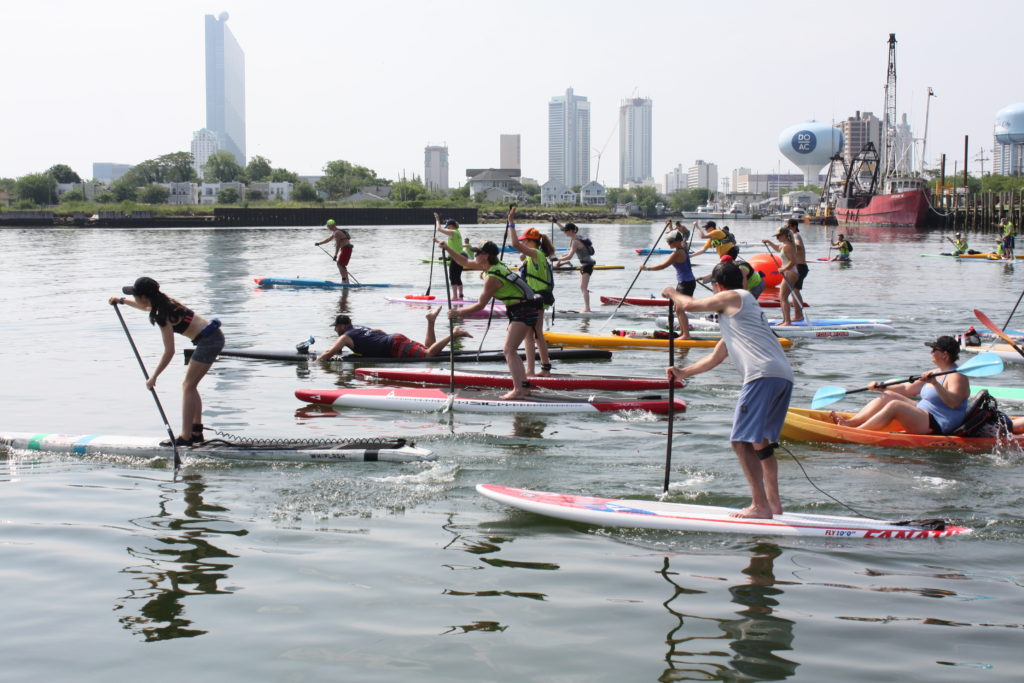 The Dean Randazzo Foundation Paddle for a Cause around Absecon Island has been cancelled.

With the current uncertainty surrounding the future of public events and the ongoing need for social distancing, the June 13 date was becoming questionable for some time, he said.

The foundation’s other fundraiser, the 20th annual “Surf For A Cause” is scheduled to take place on Sept. 12 in Margate and there are hopes among supporters that they can incorporate their paddleboarders into the event in some way.

“With everything going on we are playing it by ear right now, but that’s definitely an option that is on the table,” Middlesworth said.

New Jersey’s most successful surfer, Randazzo of Ventnor, was recovering from a bout with Hodgkins Lymphoma in 2001 when the inaugural Paddle For A Cause was conceived. The course was designed by Mike May to challenge racers as a reminder that they are helping people struggling with cancer. Randazzo who completed last year’s paddle said that’s exactly what kept him motivated in the water.