Published by Nanette LoBiondo Galloway on May 20, 2020 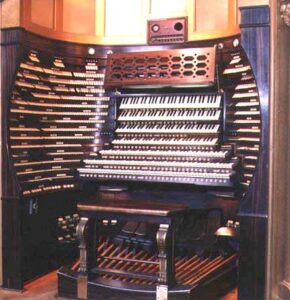 The Midmer-Losh organ at Jim Whelen Boardwalk Hall is the world’s largest pipe organ. A patriotic music recital will be livestreamed at noon on Memorial Day.

ATLANTIC CITY – The Historic Organ Restoration Committee will present a musical tribute to past and present American heroes at noon Memorial Day, Monday, May 25.

The recital, which will originate from Jim Whelan Boardwalk Hall, is designed to honor active military, veterans, first responders and those on the front lines of the war on COVID-19. The recital will be livestreamed on www.facebook.com/boardwalkorgans at noon on Memorial Day.

Breiner is music director and organist at Grace Lutheran Church in Somers Point, musical director of the 50-plus mixed-voice Cape Shore Chorale, dean of the Southeast Jersey Chapter of the American Guild of Organists and regularly serves as principal organist at Boardwalk Hall in Atlantic City.

Historic Organ Restoration Committee is a non-profit organization chartered by the state of New Jersey for the restoration and preservation of the two pipe organs of at Boardwalk Hall.

In addition to the actual physical restoration of the instruments, committee seeks to educate the public and increase awareness of these irreplaceable national treasures through programming and tours throughout the year.

The large organ in the main auditorium is the world’s largest musical instrument; the smaller instrument in the Adrian Phillips Theater is one uniquely suited to the interpretation of silent films.

The recital is made possible in part by the Atlantic County Office of Cultural and Heritage Affairs, a partner of the New Jersey State Council on the Arts. 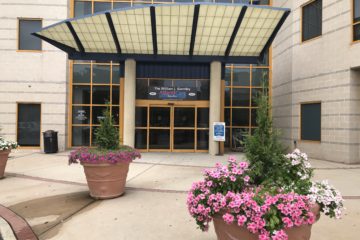 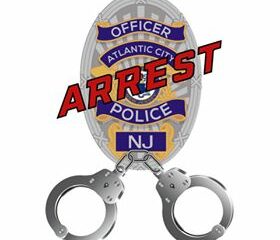 The Atlantic City Police Department has charged 95 individuals, including three from Margate and two from Ventnor, following an exhaustive investigation into rioting and looting that occurred in Atlantic City’s business district during a protect Read more…

ATLANTIC CITY – The Noyes Arts Garage of Stockton University has reopened to the public as of Aug. 5.  Hours are 11 a.m. to 6 p.m. Wednesday through Sunday. Noyes Museum Director Michael Cagno said Read more…