Published by Nanette LoBiondo Galloway on May 30, 2020 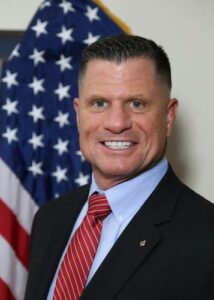 “We need a smart solution and let the people figure it out,” Toto said Saturday morning.

Atlantic County Republicans issued a press release May 28 asking the public to sign the petition, which requests the casinos be allowed to reopen with necessary requirements for public health and safety.

“Throughout the pandemic, we have seen ‘big box’ retail stay open. These are important businesses, but mom/pop downtown business is the backbone of the county. We need to get their doors back open,” Freeholder John Risley said in the release.

Earlier this week, Atlantic County Executive and Freeholder Board Chairman Frank Formica sent a second letter to Murphy requesting the county be allowed to reopen all businesses, including the Atlantic City casinos that employ more than 30,000 workers.

The petition, which is available on Toto’s Facebook page, places the onus on local businesses and casinos to adhere to best practices for social distancing to prevent the spread of COVID-19.

“We need to focus on the economic recovery here in Atlantic County,” Toto said, stating that won’t happen until the casinos are allowed to operate, including the ancillary businesses that support the industry.

A lifelong Republican, Toto said he volunteers to distribute food to casino workers who are now unemployed due to the shutdown.

“Some of them have had no money come in since this started. The state is dealing with an antiquated unemployment system. People are desperate and need to go back to work,” he said.

Toto said in Venntor City, Dorset Avenue has a strip center with a spa, barber shop, pizza parlor and pharmacy all who have had to lay off their employees.

“The pizza parlor can provide curbside pickup and the pharmacy is open, but everything else is closed. There has to be a smart way to open and allow them to operate,” he said.

And the only way for it to happen it to put pressure on the governor, he said.

The Republican team is hoping to garner thousands of signatures on the petition, which will be sent to the governor in 14 days or when they receive 5,000 signatures.

“It was just put out on Wednesday,” Toto said, “so it’s been a little slow, but we expect for it to pick up this weekend.”

“The residents of Atlantic County understand and respect social distancing. We just need a chance to help ourselves. That chance starts by understanding the conditions on the ground here,” the four-year Somers Point councilman said.

Toto said those who have compromising health issues will remain safe if they shelter at home, but others need to get back to work so they can pay their bills.

“We need to redefine essential. It is essential that people pay their bills,” he said. “But it has to be done in a smart way so we can get back to normal.”

The former Army veteran and U.S. Air Marshall who now works for Ocean City Public Works said what’s good for Hudson County in the northern part of the state, is not what’s needed in South Jersey.

“Here in Atlantic County we can begin to return to normal life slowly, and with that return to normal life comes economic recovery. Our beaches and our tourism economy will need to make changes to adjust to the new world we are living in…but that can’t happen until we start to open our doors again.”

He said the time for action is now.

“We can’t rely on the government to control everything or it will overstep its bounds. We are smart enough to figure this out together.” 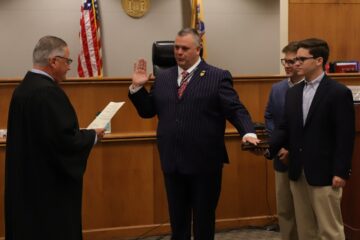 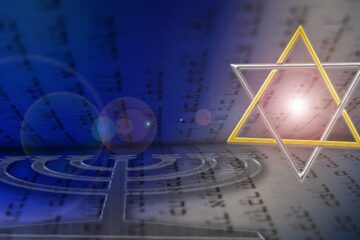