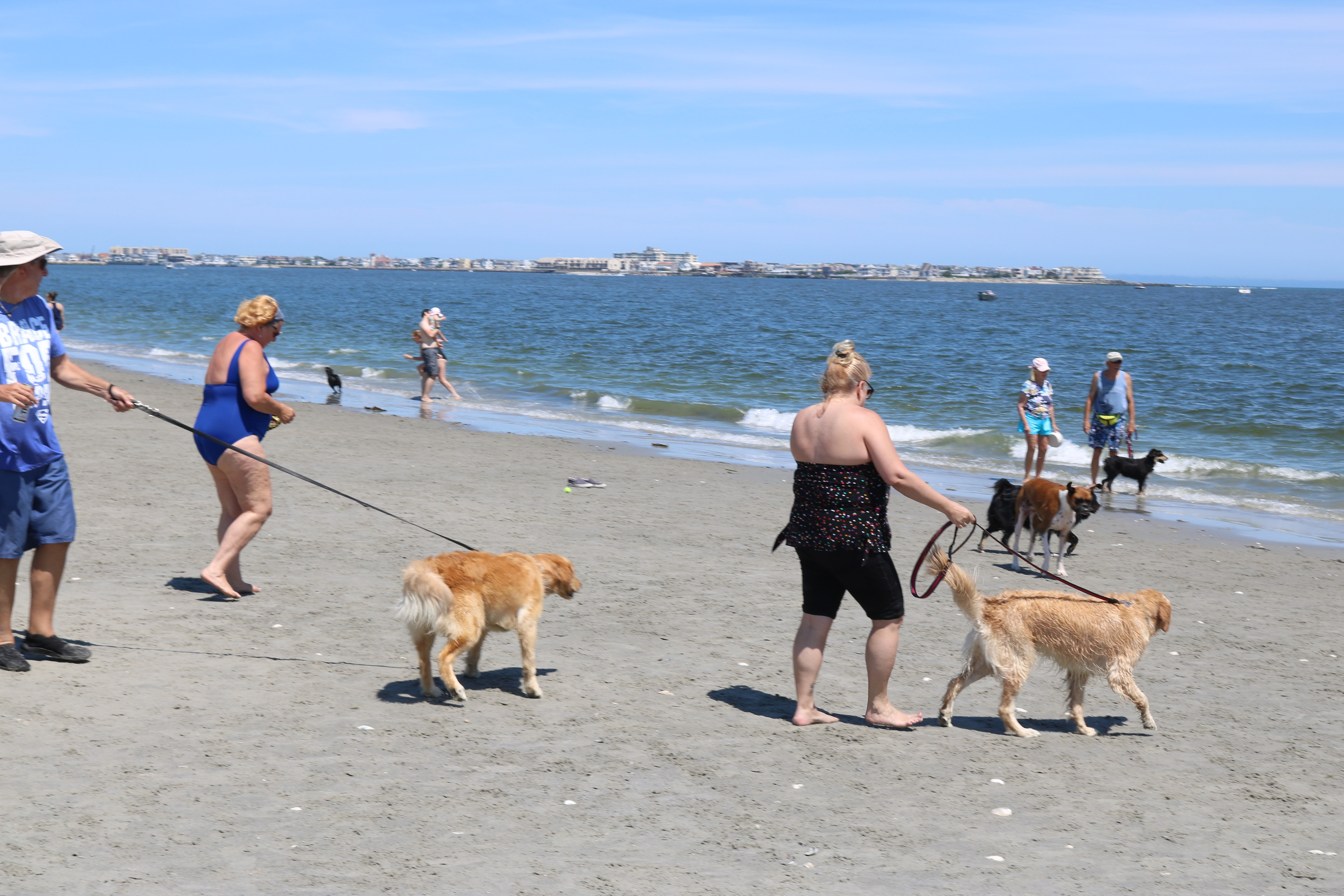 Malibu Beach, aka Dog Beach, is a place where canines can romp on the sand and in the water.

Over the years, countless canines and their owners have visited a nearly mile-long stretch of sand that is part of the state-owned Malibu Beach Wildlife Management Area, but is better known by its “Dog Beach” nickname.

On a typical summer day, the beach at the foot of the Ocean City-Longport Bridge is crowded with dogs romping in the sand or splashing in the water. Even during the winter, the area remains popular with dog owners.

Dog Beach’s growing popularity, however, has the human visitors scrambling to find parking for their cars, trucks and SUVs. Currently, there are only two small parking lots available and both fill up during the weekends.

Now, drivers are getting tickets for parking illegally on the shoulder of the road next to Dog Beach on the Egg Harbor Township side of the bridge.

“It happens every weekend out there,” Lt. Robert Gray, a spokesman for the Egg Harbor Township Police Department, said of the illegally parked cars. 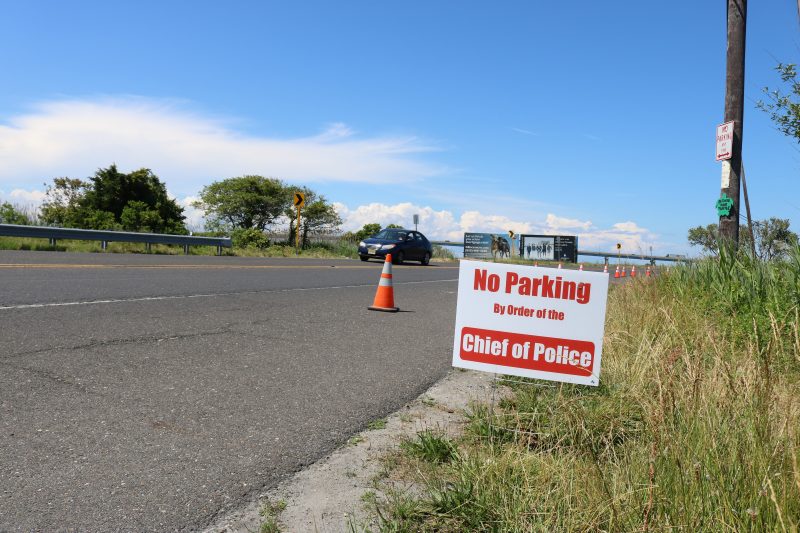 “No Parking” signs like this one line both sides of Ocean Drive near Malibu Beach.

Gray characterized it as “quite dangerous” for cars to park on the shoulder on both sides of the busy road, which is known as the Ocean Drive. Egg Harbor Township police are trying to discourage drivers from parking illegally by lining the road with signs that say, “No Parking by Order of the Chief of Police.”

Although tickets are being handed out now, something worse could be in store for drivers who park illegally next to Dog Beach. The Cape May County Board of Chosen Freeholders is expected to approve a resolution at its June 23 meeting to modify the existing no-parking zone on Ocean Drive north of the bridge in Egg Harbor Township into a tow-away zone.

The Cape May County Bridge Commission, which operates the Ocean City-Longport Bridge, said illegally parked cars were even backed up on the bridge itself last weekend.

“It’s an overflow from Dog Beach going up the bridge,” Karen Coughlin, bridge commission executive director, said during the agency’s monthly board meeting Thursday. “I’ve never heard or seen it going up our bridge (before).”

Dog owners have been bringing their pooches to the waterfront parcel for decades. Dog Beach overlooks the Great Egg Harbor Inlet in Egg Harbor Township. On the opposite side of the bridge is Ocean City.

In 2017, Ocean City agreed to take over the responsibility of collecting the trash at Dog Beach because of the beach’s popularity among the town’s canine-loving residents and tourists. 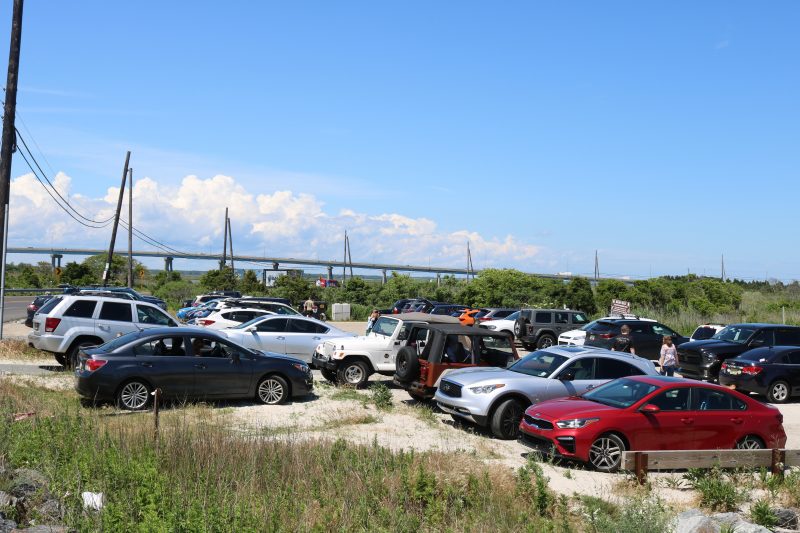 Dog owners have to squeeze their vehicles into the two small parking lots serving Dog Beach. One of the lots also provides parking for people using the Ocean City-Longport Bridge’s fishing pier across the road from the beach.

Jim and Terri Lynch, a married couple from Egg Harbor Township, were accompanied by their golden retriever, Peyton, during their first visit to Dog Beach on Friday. They said they were fortunate to find an open parking space in one of the lots.

“There were a lot of cars parked on the street,” Jim Lynch said. “We got lucky this time. The parking lot was full, but we found one spot at the very end.”

Lt. Gray said discussions have begun about the parking shortage, but added that he could not disclose details at this time.

He pointed out that it would be difficult to simply expand the parking lot closest to Dog Beach because that would require demolishing the environmentally sensitive sand dunes.

The New Jersey Department of Environmental Protection oversees the Malibu Beach Wildlife Management Area, including the part that includes Dog Beach, through its Division of Fish and Wildlife. 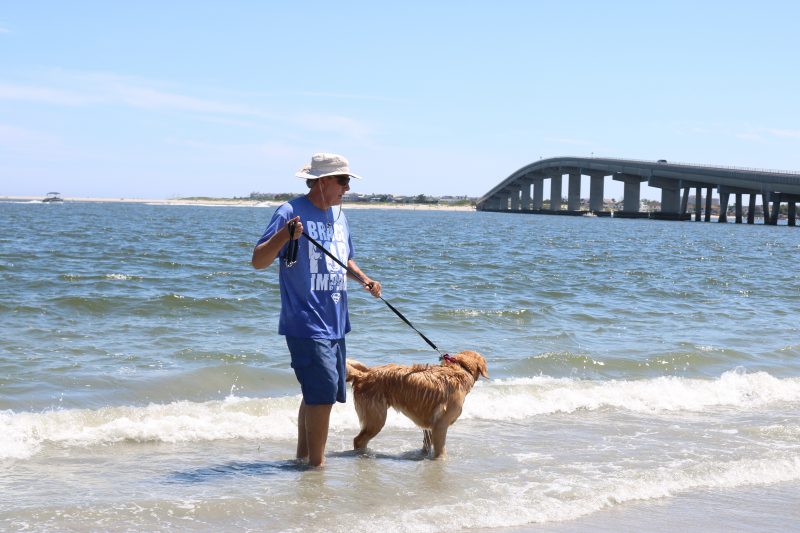 Meanwhile, dog owners interviewed Friday expressed their frustration with the lack of parking. Some of them said it has discouraged them from visiting the beach on weekends, when the crowds are heaviest.

Foster said she hopes some arrangements can be made to ease the parking shortage and end the tickets that are being handed out. She noted that there was a long line of cars parked along the shoulder of Ocean Drive last week.

“This is a great place to bring your dogs. There aren’t many places where you can take your dogs like this. But they need more parking,” she said. 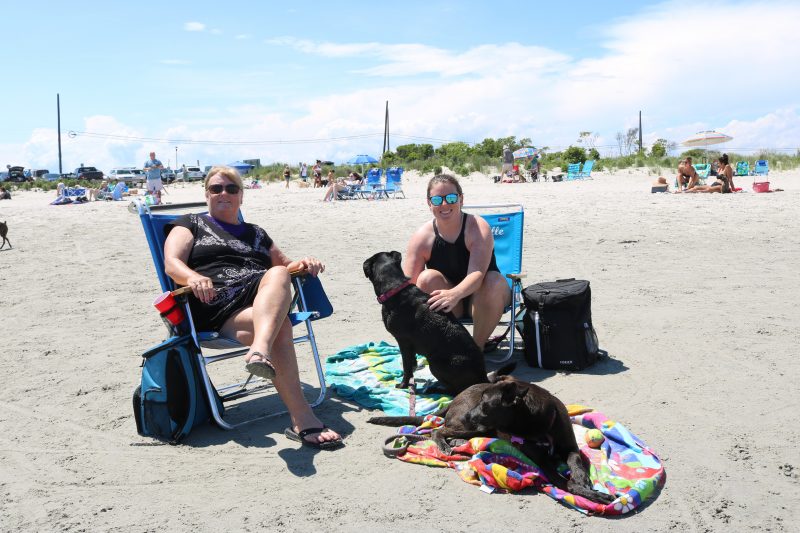 Jackie Foster, left, of Mullica Hill, N.J., and her daughter, Michelle Hinchliffe, are accompanied by their dogs, Bailey and Paisley. 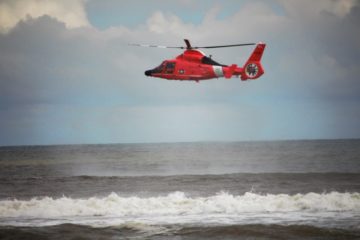 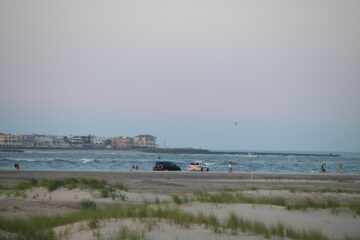 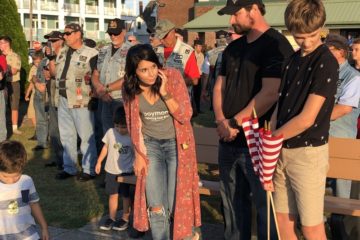