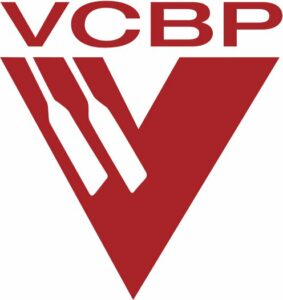 VENTNOR – An 18-year-old New York man is missing after swimming in the ocean off Victoria Avenue shortly before 7 p.m. Friday, July 10.

According to Capt. Joe Fussner of the Ventnor City Police Department, the department received a 911 call at 6:53 p.m. reporting a swimmer in distress in the Atlantic Ocean off Victoria Avenue. Police responded within minutes and spotted the swimmer about 50 yards off the beach four blocks away near Oxford Avenue. Two other swimmers who were in the water with the victim were able to make it safely to shore. Their identities were not released.

Police and beach patrol personnel from Ventnor, Margate, Longport and Atlantic City responded to assist in the search for the missing swimmer. The U.S. Coast Guard sent a helicopter to search the waters. Longport Volunteer Fire Department responded with its Marine 3 fireboat and the Longport Beach Patrol  with two personal watercraft to assist with search operations. The rescue operation was called off at 8:58 p.m. as darkness fell, but the Coast Guard continued the search.

Retired Ventnor City lifeguard Tom Hehre stressed the dangers of the ocean not only during calm but also during rough seas.

Tropical storm Fay swept the Eastern Seaboard on Friday, dropping 1.5 inches of rain that flooded streets throughout the Downbeach area as waves churned in the ocean.

“If guards are not on the beach, do not swim,” he posted as a new member of the Ventnor Facebook forum. “Today’s ocean was a result of a full blown tropical storm and I saw children in an ocean that I wouldn’t even touch.”

According to Beach Patrol leadership, the chances of drowning are five times greater when lifeguards are not on duty. They recommend never swimming alone, swimming sober and learning how to get out of a rip current.

Although Saturday’s weather is forecasted to be perfect for the beach, it may be dangerous to swim in the ocean due to continued rip currents as a result of the storm. Be aware of water conditions and follow the instructions of lifeguards. Another storm is predicted for Saturday evening.

If caught in a rip current, remain calm to conserve energy and think clearly. Don’t fight the current. Instead, swim out of the current in a direction following the shoreline. When out of the current, swim towards shore. If you see someone in trouble, notify a lifeguard or call 911. And never swim in the ocean after lifeguards go off duty. All beaches in the Downbeach area are guarded from 10 a.m. to 5:30 p.m. daily through the summer.