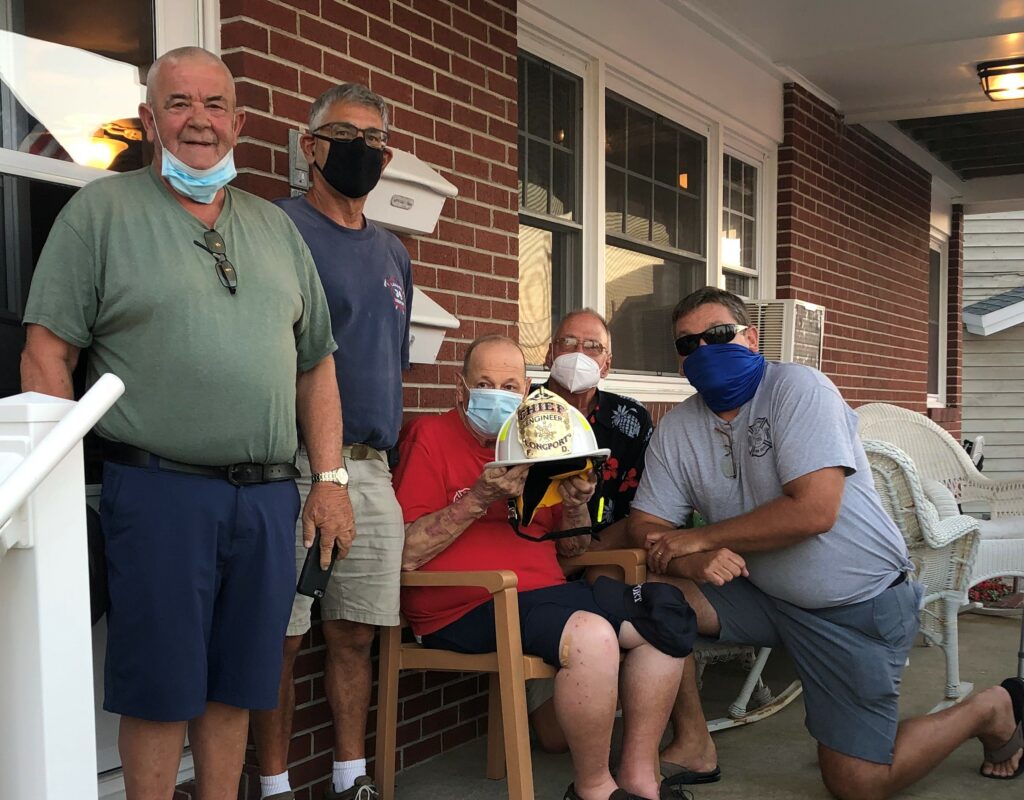 LONGPORT – The Board of Commissioners July 15 honored a longtime volunteer firefighter who has worked for more than 60 years to improve the quality of life for residents of the borough. William A. Fiore, who served the Volunteer Fire Department as firefighter, lieutenant, captain, and eventually chief, was honored with a new title, Chief Engineer Emeritus.

The honor is so great and so rare that only one other person was granted the title in the department’s more than 100-year history, when it was given to former Chief Bill Adams.

Fiore has been dealing with health issues recently and was released from rehabilitation last week. Firefighters gathered at his home on Monday, July 27 to present him with a citation and a new white chief’s helmet with gold seal.

According to Fire Chief Levon “Lefty” Clayton, Fiore is still active in the department, but he is no longer actively fighting fires.

Fiore was also honored in February for his 60 years of service. At that time, Clayton presented him with a beautiful crystal vase engraved with his name and years of service, 1960-2020. 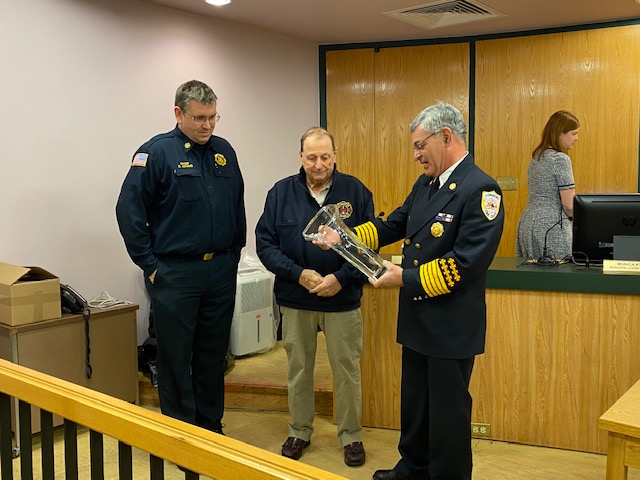 The Longport resident has worked tirelessly for the safety of residents after joining the department in 1960. During his 60 years as a firefighter in Longport, Fiore rose to the rank of captain, advocating for equipment and apparatus upgrades along the way, including a Quint and rescue pumper. He currently serves as Atlantic County’s legislative representative to the NJ State Firemen’s Association. He was also elected borough commissioner in 1980 and served as Director of Public Safety.

Fiore will maintain his new title for life.

On behalf of the borough’s residents, commissioners presented him with a proclamation expressing gratitude for his service and naming July 15 “William A. Fiore Chief Engineer Day” in Longport. 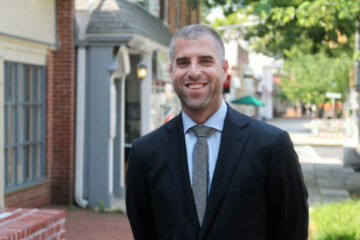 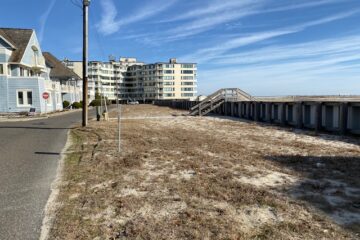 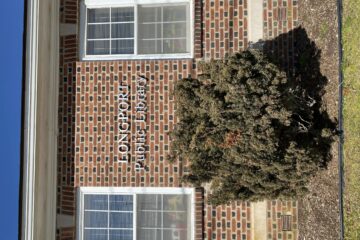