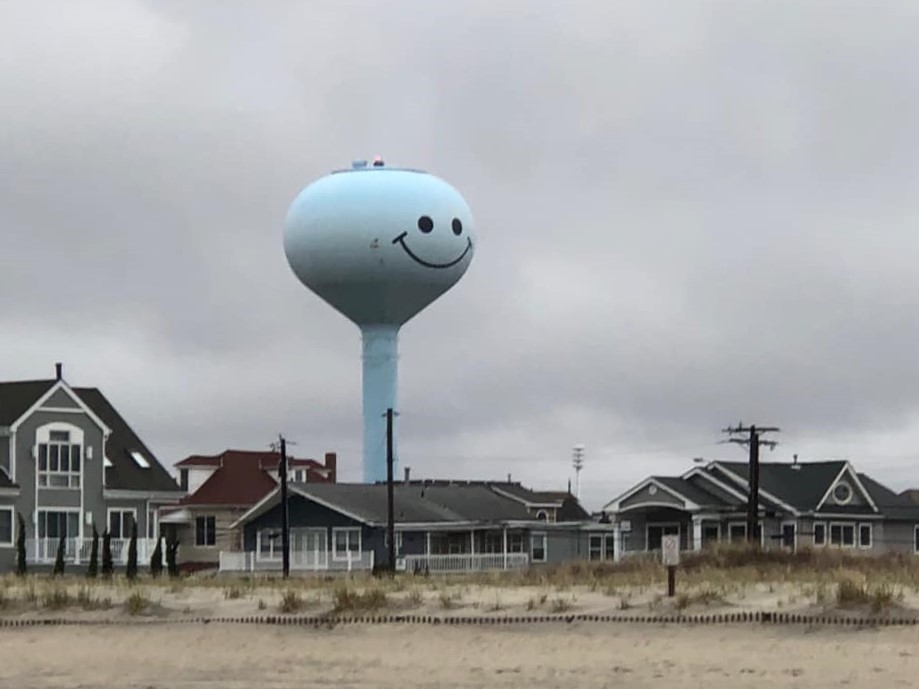 LONGPORT – The Board of Commissioners Wednesday, Sept. 16 took several actions that extended existing contracts and delayed a major purchase for the Police Department.

The commissioners unanimously agreed to extend Administrator A. Scott Porter’s contract until the end of their term, which expires Dec. 31.

Porter serves on a part-time basis to administer day-to-day operations of the borough. He is paid $45 per hour and can work up to 32 hours a week for a maximum of $74,880 per year.

Resident Mark Hyman objected to the appointment during the election season. The three commissioners are seeking re-election and are being challenged by five other candidates.

There are employees, supervisors, department heads, commissioners, a CFO, engineer and attorney available to oversee borough business, he said.

“Enough is enough,” he said.

Resident George Baumgardner expressed appreciation to the board for only renewing Porter’s contract until the end of the year.

“Given a new administration, they can do what they want,” he said.

Porter was a 25-year veteran of the Longport Police Department and served as chief for 10 years. He took over the administrator position on Oct. 3, 2019, supervising 25 full- and part-time employees and overseeing the borough’s $8.8 million budget. Before appointing Porter, the commissioners revised the ordinance that created the administrator’s position years ago, amending it from a full-time position to part-time.

The commissioners again tabled an ordinance establishing a no parking area on Ventnor Avenue approaching the Longport Bridge.

It was the second time the ordinance was tabled to clarify language and hear comments from residents who would be affected by the change.

The ordinance, which was revised from its original form, would revise parking restrictions on the north side of Ventnor Avenue between the Longport Bridge and 32nd Avenue.

The change was recommended by Police Chief Frank Culmone who said vehicles traveling to the bridge have to swerve into the opposite lane of traffic to go around vehicles parked in the area.

Culmone was not available to answer questions about the ordinance during the meeting.

Commissioner Dan Lawler said neighbors were sent letters regarding the potential loss of several parking spaces, but no one responded.

The ordinance was tabled and will be readvertised for a public hearing 4 p.m. Wednesday, Oct. 21.

The board unanimously approved a three-month extension to an existing public service contract for Access Compliance to perform annual physicals on members of the Longport Volunteer Fire Department at an amount not to exceed $8,200 annually.

When the contract was first approved in 2015, Fire Chief Levon “Lefty” Clayton said the physicals would limit those with medical conditions from doing strenuous firefighting and prevent injuries, and then-solicitor Pacifico “Pat” Agnellini said it would reduce insurance claims and keep liability premiums down.

A firefighter went into cardiac arrest while fighting a fire in 2010 and had to be revived using an automatic external defibrillator.

Resident Peter Isen objected to extending the contract stating the expenditure is not needed and that volunteer firefighters should be examined and cleared for service by their own doctors under their own healthcare coverage.

“The rating system could be done by our fire chief,” Isen said. “I don’t see why we are spending $8,200 to have physicals done when people have insurance to pay for it.”

At the request of Commissioner of Public Safety Dan Lawler, the board tabled a resolution that would award a contract to purchase a 2021 Chevy Tahoe for the Longport Police Department.

The borough had planned to purchase the vehicle through the Educational Services Commission of New Jersey Cooperative for $50,847.

The purchase was included in the 2020 budget when Mayor Nicholas Russo was heading public safety. Lawler, who took over the position of Director of Public Safety after the budget was formed, said he wanted to do his “due diligence” and speak with Porter and Culmone about the purchase.

Lawler said the purchase would likely be authorized at the next commission meeting. 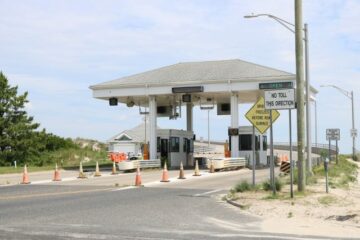 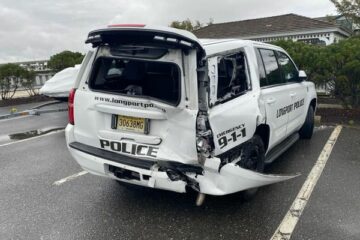 LONGPORT – Police are investigating a crash that left a police SUV with rear-end damage and two people, including a police officer, injured. According to a release, the crash occurred at 1:20 p.m. Friday, Oct. Read more… 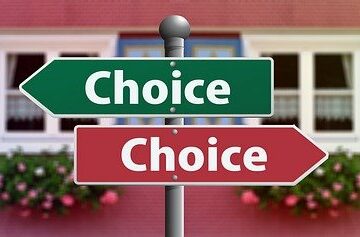 Incumbent ‘We Love Longport’ slate weighs-in on the issues

Editor’s Note: This is the third and final entry in a series about the candidates for the Longport Board of Commissioners election on Nov. 3.  Today, the incumbent “We Love Longport” slate answer our questionnaire. Read more…