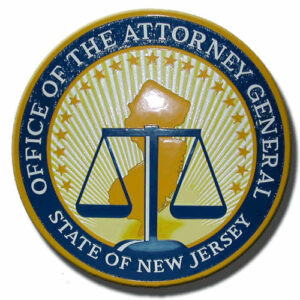 TRENTON – The Attorney General’s Office today released the 911 audio and video recordings from officer body-worn cameras related to the shooting on Aug. 6, 2020 in Ventnor, in which police officers fatally shot Amir Johnson, 30, of Wilkes Barre, Pennsylvania.

The shooting remains under investigation by the Attorney General’s Office of Public Integrity and Accountability. However, the video recordings are being released pursuant to Attorney General Directive 2019-4, the “Independent Prosecutor Directive,” which governs use-of-force investigations in New Jersey and requires that such records, if requested, be released to the public once the initial phase of the investigation is substantially complete.

Investigators met today with Johnson’s relatives to review the 911 audio recording and the video recordings from the body-worn cameras worn by three police officers.

According to the preliminary investigation, at approximately 4:16 p.m., Ventnor and Atlantic City Police officers responded to a 911 call concerning a man behaving erratically in the vicinity of Wellington and West End avenues. When the responding officers encountered the man, later identified as Amir Johnson, he was walking in and out of a marshy area along the roadway, while holding a broken glass bottle in his hand. The officers attempted to engage Johnson and offer him assistance, but he refused to comply with their commands, including repeated requests for him to drop the bottle. Instead, he continued to walk back and forth on the roadway, where officers had stopped traffic for safety reasons.

At approximately 4:30 p.m., Mr. Johnson advanced on officers with the broken bottle in his hand and multiple officers fired their weapons, fatally wounding him. He was rushed by ambulance to AtlantiCare Regional Medical Center City Campus, where he was pronounced dead at 6 p.m.

The recordings are contained in four files, which have been posted online.

Click here for files. (Editor’s Note: The videos are difficult to watch)

The officers involved in the shooting are Michael Arena, Pierluigi Mancuso and Robert Scarborough of the Ventnor Police Department.

The investigation is being conducted pursuant to a state law enacted in January 2019 (P.L.2019, c.1), which requires that the Attorney General’s Office conduct investigations of a person’s death that occurs during an encounter with a law enforcement officer acting in the officer’s official capacity or while the decedent is in custody.

The investigation is ongoing and no further information is being released at this time.

Under state law and the Independent Prosecutor Directive, when the entire investigation is complete, the case will be presented to a grand jury, typically consisting of 16 to 23 citizens, to make the ultimate decision regarding whether criminal charges will be filed. At present due to the COVID-19 pandemic, regular grand juries are not sitting and hearing cases.

The investigation is being conducted in compliance with procedures and requirements established in the Independent Prosecutor Directive, which is available at this link:

The Independent Prosecutor Directive, issued by Attorney General Grewal in December 2019, outlines a 10-step process for conducting independent investigations of use-of-force and death-in-custody incidents in compliance with state law.  The directive establishes clear procedures governing such investigations to ensure that they are done fully, fairly, and independently of any potential bias. A summary of that 10-step process is available at this link: