Got a question for the candidates in the 2nd District Congressional race? 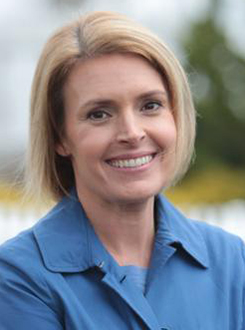 Questions may be submitted via email at NJDecides@njspotlightnews.org and on Twitter using the hashtags #CD2Debate and #NJDecides2020. The debate’s editorial team will consider all questions and use at their discretion throughout the event. 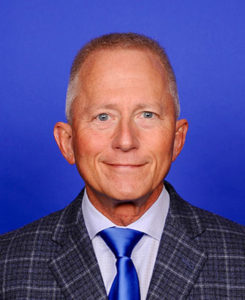 The debate will be televised from the Fannie Lou Hamer Event Room at the Stockton Atlantic City campus, and aired live on NJTV (check local listings). NJTV will also stream the event on its news division site at NJSpotlightNews.org, its NJ Spotlight News YouTube Channel, as well as its social media accounts; in addition, Stockton will stream the debate on the Hughes Center website.

Due to COVID-19 restrictions, the event will not have public attendees.

“The Hughes Center applauds NJTV and NJ Spotlight for helping to provide a true public service to the voters of the 2nd District,” Froonjian said. “This race offers a clear choice and has serious local and national implications. Debates like this allow voters an up-close opportunity to evaluate the candidates.”

“Only public television would showcase a political event like this in primetime and across multi-platform channels so all of New Jersey can learn more about these candidates during this critical election,” NJTV Senior Managing Editor Jamie Kraft said. “This debate will be ‘must-see’ TV, and is a cornerstone of NJTV’s ongoing, comprehensive election season coverage.”

The 2nd District Congressional race in southern New Jersey is considered one of the most competitive in the country.

Van Drew is completing his first term as a U.S. Congressman after serving for years in local and state government as a moderate Democrat. He made national news in December 2019 when he switched parties from Democrat to Republican. He recently spoke at the Republican National Convention.

Amy Kennedy is a former teacher and mental health advocate who is running for office for the first time. She is married to former U.S. Congressman from Rhode Island Patrick J. Kennedy, son of the late Senator Ted Kennedy.