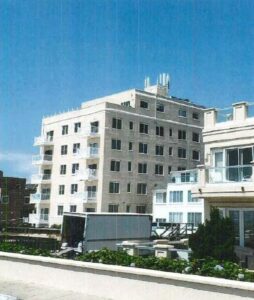 VENTNOR – The Planning Board Tuesday, Oct. 15 denied T-Mobile’s request for a use variance that would allow the telecommunication company to expand coverage and service in the city.

After a three-hour meeting that included ample technical information about the benefits of allowing T-Mobile to erect antennas on top of an 84-foot tall beachfront condominium building at 111 S. Buffalo Ave., the board voted 4-3 to deny the use variance. The board held off voting on the company’s request for site plan approval for the location of ground-based equipment.

The application was presented by attorney Christopher Schubert with testimony from T-Mobile’s professional site acquisition, engineering and planning professionals.

The board denied Richards Avenue resident Tom Dudek’s request to postpone the hearing until he could obtain more information to decide the merits of granting the requested variances. However, by the end of the meeting, he said he felt he learned enough about the project to support the application.

Schubert said the project included erecting several antennas at the top of the multi-story condominium complex that would improve coverage, not only for residents and drivers, but also for those T-Mobile users on the beach, especially during peak demand in summer.

He said there would be “no visual impact” for the unsightly antennas because they would be wrapped with a Mylar fabric that would obscure them and reflect the sky conditions. He showed photographs of “stealth” antennas that were nearly invisible as they reflected the surrounding cloud formations.

Site acquisition consultant Mike Sanders said the company was looking for a suitable site along the shoreline with a flat roof, and T-Mobile had signed a lease agreement with the 6800 Boardwalk Condominium Association, Inc. to locate the antennas at the top of the building. The company considered other sites in Ventnor, including Ventnor City Firehouse No. 1, Sunset Harbor, Regency Tower and Church of the Epiphany, but they were either too far from the beach or situated too high to provide coverage to the area currently lacking optimum service.

“So many devices have created the need for speed,” T-Mobile engineer Kevin Risner said.

The variable megahertz service would be “Phase 2 compliant,” meaning it would be required to provide e-911 location services to police dispatchers.

“People don’t use land lines anymore and rely on their cell phones,” he said.

Although people use their cell phones to make calls, the real demand is for data on laptops and other devices, which has increased exponentially year-after-year, he said.

“The goal of the subject site is to enhance capacity and coverage in the immediate area,” he said.

Mikko Ohola, who works for T-Mobile, said the galvanized steel structure that resists corrosion would be designed to withstand up to 125-miles-per-hour wind gusts, or about 110-miles-per-hour for sustained winds, and would be periodically inspected to ensure it doesn’t rust or become unstable.

Schubert said “exhaustive” research studies have shown no ill effects on the body from radio wave emissions from antennas and that a hand-held cell phone emits about 1,000 times more power than the antennas.

Ohola said it is unsafe to be closer than 18 inches to the antennas, but it is safe at a minimum distance of 10 feet.

“We need to be sympathetic to those concerned and give confidence to people who live close to these sites,” board member Lorraine Sallata said.

“We are trying to allay those fears,” Schubert said.

Board members voting no said the application did not show it would benefit other areas of the city, that the antennas would be unsightly and visible from the boardwalk and beach, and would not benefit the visual effect of the city. They believe other sites would be more suitable for the antennas, they said.

Those who voted to approve the application said having improved cell phone service would benefit the city, especially when the population triples during the summer season.

The board voted 4-3 to deny a “D” variance for commercial property in a residential zone and a “C” variance for exceeding the allowable height limits. 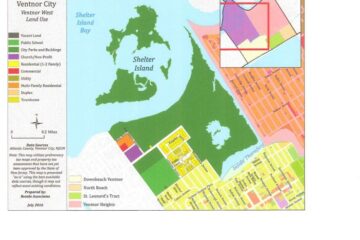 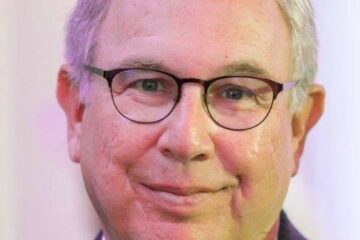 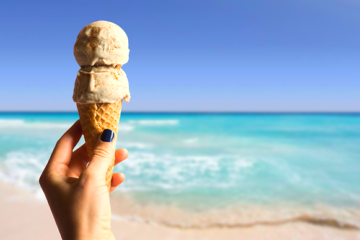