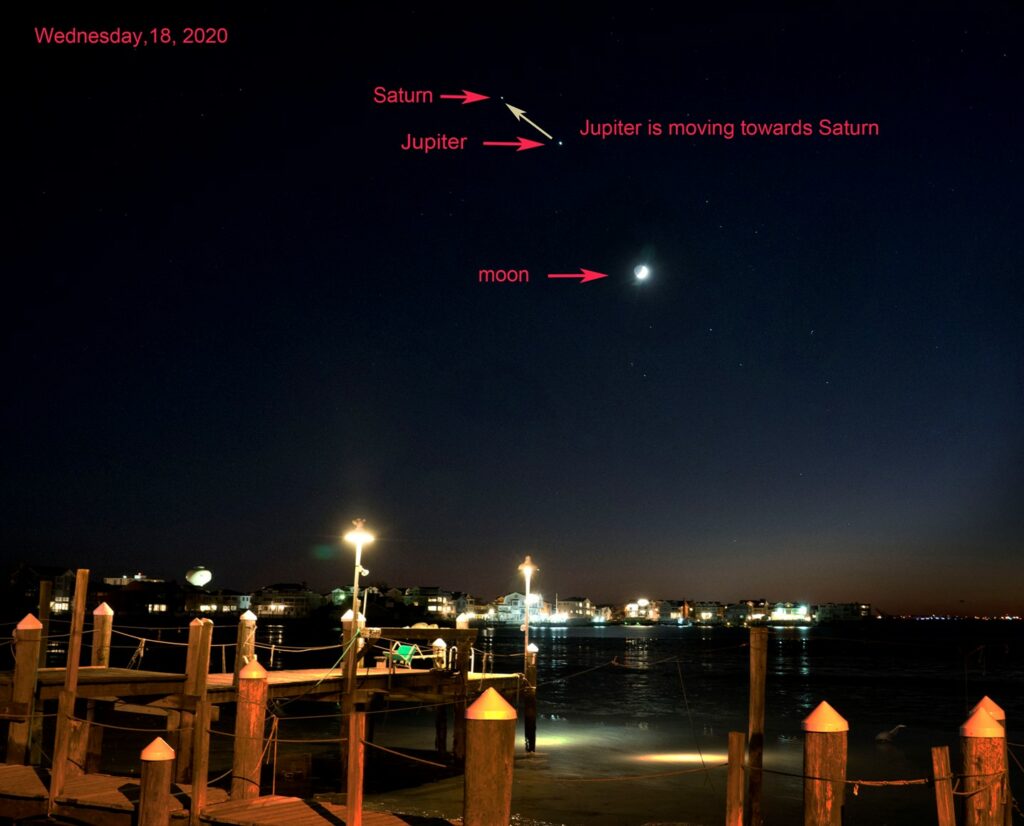 MARGATE – The two largest planets, Jupiter and Saturn, are moving towards a meeting that hasn’t been seen in nearly 400 years.

On Dec. 21, the two giant planets, as viewed from Earth, will have their closest pairing since 1623.

Although the two planets converge once every 20 years, the uniqueness of this pairing is that they they will be exceptionally close together. They will be about one-tenth of a degree apart. For perspective, the width of the moon is one-half of a degree, the width of your little finger.

As viewed from Earth, when two or more celestial bodies appear to be next to each other we call this a conjunction. When the two largest planets come together it is called a “Great Conjunction.” 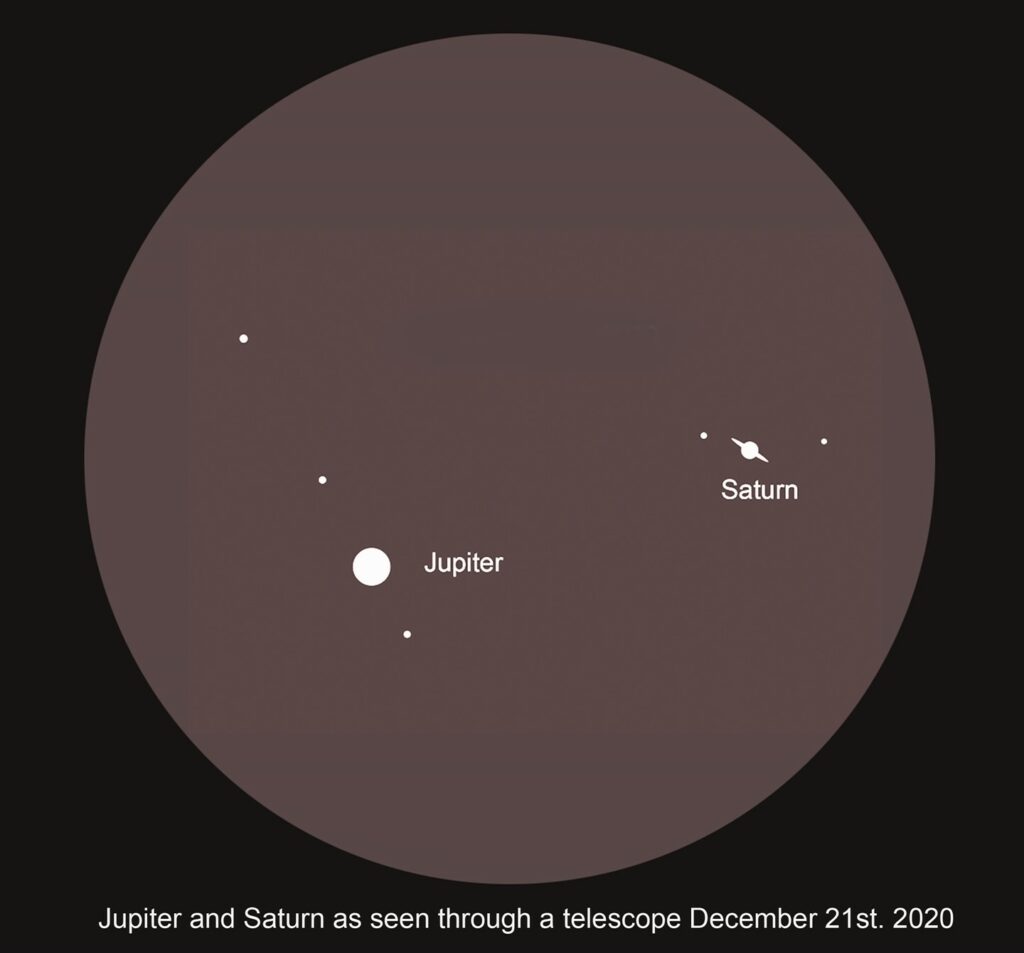 You can start watching the progress of this planetary gathering now.

If you go out just after sunset and look towards the southwestern sky, you can see Jupiter moving towards Saturn from night to night. Jupiter is the bright planet and Saturn is the dimmer planet to the left and above. The planets will be low in the sky so you will need a clear view of the horizon. Watch as they move closer together until they make their way to their closest pairing on Dec. 21.

Let’s hope for clear skies and cold nights so we can enjoy this once in a lifetime astronomical event.

As viewed from earth, Jupiter and Saturn will be aligned making the 2 planets appear to be next to each other. Image from The Sky Live- interactive sky simulator https://theskylive.com/3dsolarsystem?date=2020-12-20&h=07&m=24& You can view the “Interactive Sky Simulator site to see the position of the planets on any given time of the year.